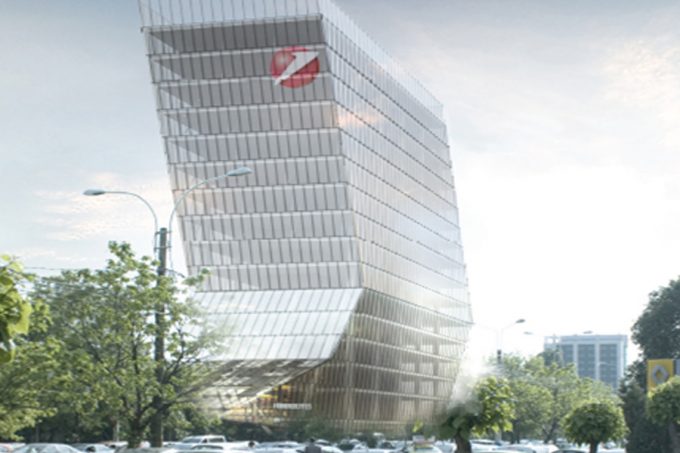 Globalworth has expanded its presence in the Bucharest office market with the acquisition of the Unicredit Building for €43m. The Unicredit Building is a landmark, class-A office property completed in 2012 and entirely leased to Unicredit Tiriac Bank, part of Unicredit Group, on a long term basis.   It is located in in the north part of Bucharest close to Free Press Square and comprises circa 15,500 square meters of gross leasable area over 15 floors above ground.

Globalworth describes the building as prestigious and iconic.

With this acquisition, Globalworth now lays claim to be “the leading investor in the Bucharest office market”. They aren’t done yet however and say they are thinking about an equity fund raising to repay debt against deals already announced and / or for other acquisitions they have in their pipeline.

In a separate announcement on Friday evening, Globalworth noted press comments in Romania “regarding a criminal investigation in Romania and the involvement of Mr Ioannis Papalekas, the CEO of the Company, in that investigation. Mr Papalekas has informed the Board that, following meetings with the prosecution team in Bucharest on 16 and 17 December 2014 in order to clarify the situation, and based on the information he provided at those meetings, the prosecutor has confirmed to him that there is no ongoing investigation of him.  The prosecutor also confirmed that the Company is not the subject of any part of the investigation.  Mr Papalekas has informed the Board that he expects this position to be formalised with the prosecutor shortly.”

In a trading update, ahead of its annual results (to be published on or around 15 June), Jonathan Maxwell, the CEO of SDCL Energy Efficiency Income (SEIT)’s manager, […]

Globalworth Real Estate, which owns a portfolio of predominantly offices in Poland and Romania, has provided a covid-19 update. The group said its office assets in the two […]

Globalworth Real Estate Investments (GWI), a leading office investor in Central and Eastern Europe, announced changes to the company’s board and an update regarding the COVID-19 outbreak.  Board […]

In QuotedData’s other news 4 February 2020 Gore Street Energy Storage is raising money – £1.5m has been promised by two specialist ESG funds and they are subscribing for […]

In QuotedData’s other news 3 February 2020 BlackRock Throgmorton is asking shareholders for permission to issue more shares, having resold 5.5m of the 7m shares it was holding in […]

Globalworth, the office investor in Central and Eastern Europe, has agreed a deal to acquire an office in Kraków, Poland. The asset, Podium Park, comprises three connected 11-storey buildings […]