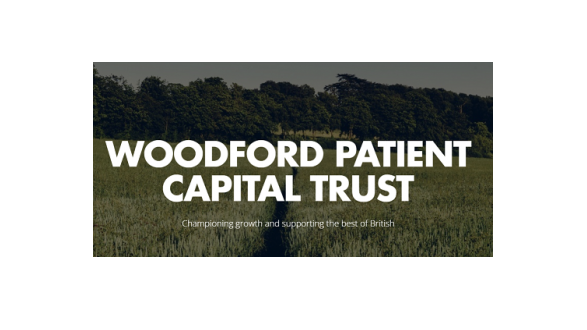 The Neil Woodford-managed biotech/tech investment trust, Woodford Patient Capital Trust (WPCT), is finding itself under increasing pressure, with analysts at two separate US firms calling into question its two largest investments, Prothena (15.6% of NAV at 30 September ) and Oxford Nanopore (8.9%). Ireland-based but Nasdaq-listed Prothena  came under a so-called short attack from Kerrisdale Capital, a company with a reputation for success in this strategy in early November (see thesis). Subsequently, privately-held Oxford Nanopore’s last fundraising valuation of £1.25bn has been questioned by J Capital Research, in an more recent article on SeekingAlpha, albeit targeting the publicly listed IP Group, with which Woodford often co-invests.

Prothena’s stock has almost halved from $62 to $36/share since Kerrisdale published its report, which came ahead of an R&D day in which the company admitted that the more important of the two key trial readouts for its lead product would occur later than previously thought. Kerrisdale predicts the failure of Prothena’s  lead product, an anti-beta-amyloid monoclonal antibody coded NEOD001, in these two trials: a Phase IIb study called Pronto and Phase III codenamed Vital  for AL amyloidosis. Results from Pronto are expected in the second quarter next year, while those from Vital in 2019. Meanwhile, J Capital has compared the attributes of Oxford Nanopore’s two technologies and found them wanting relative to those of competitors. Furthermore, it asserts the company is losing ground commercially to competitors and predicts it will have to do a dilutive fundraising.

Several Neil Woodford (pictured)-managed funds have has been under pressure from investors, unhappy with poor performance relative to benchmarks . The Patient Capital fund has lost 20% of its value since its launch on 1 May 2015, whereas the Nasdaq biotech index is down by 7% over the same period (in US dollar terms). Over one-year, the fund is down 7.6%, while the Nasdaq index is up by 18%. Perhaps reflecting this investor disenchantment, Woodford Patient Capital trades at a 9.6% discount to NAV, whereas the other UK biotech/pharma investment trusts have traded at close to NAV or even at a small premium for periods this year.

Schroder UK Public Private Trust (SUPP) has announced that it has made a commitment of CHF 3m (£2.7m) to antibody-drug conjugates (ADCs) development company, Araris Biotech AG, as […]