Chenavari Toro suspends buybacks until it can find other buyers 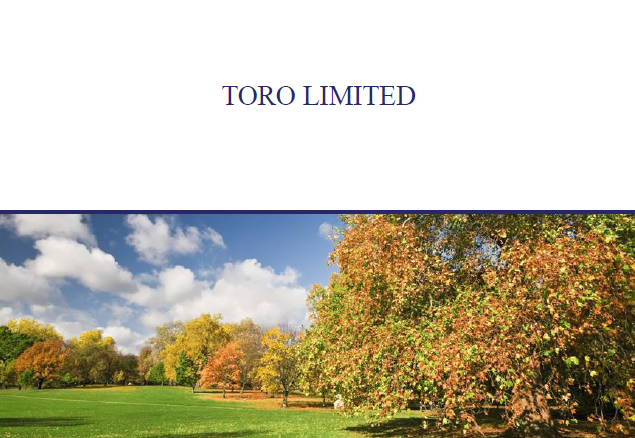 Chenavari Toro suspends buybacks until it can find other buyers – Chenavari Toro Income Fund says that, for the year ended 30 September 2017:

The chairman says that the company’s performance was largely driven by trading gains, carry and price appreciation within its Public Asset-Backed Security Strategy. This strategy saw the highest level of trading activity over the year as the manager sought to rebalance the portfolio towards the Private Asset Backed Finance and Direct Origination strategies.

The Board is disappointed that the shares continue to trade at a material discount to Net Asset Value, noting that the discount has widened since the end of the Year, and that the buyback programme initiated at the beginning of the year was not more effective in addressing this. They say “However, we do not expect to resume Share repurchases in the short term, until we believe that such repurchases will be effective in lastingly addressing the discount. The Board believes that a precondition to effective Share repurchases is the participation of other investors, alongside the Company, in acquiring Shares in reasonable size. Therefore, the Board’s efforts in relation to discount control will continue to focus on marketing the Company and communicating its attractions as an investment in the alternative credit sector to develop such new investors, but all options are kept under review.”

Extract from the manager’s report:

“Historically, exposure to Public ABS has been the largest part of the Company’s portfolio. The intention over 2017, however, was to increase allocation to the Private Asset Backed Finance and Direct Origination strategies, which we believe will generate higher gross returns. The current yield-to-maturity for the Public ABS strategy is 9.8%, for Private Asset Backed Finance it is 13.8% and for Direct Origination it is 18.0%. As of the Year End, the allocation to Public ABS had decreased to 25% (from 59%) and the Company’s exposure to the Private Asset-Backed finance and Direct Origination strategies increased to 20% and 33% respectively (up from 14% and 16%). This rebalancing was driven by a mixture of new investments in the two higher-yielding strategies and several disposals within the Public ABS strategy.

The Public ABS bucket, in which the Portfolio Manager invests in securities that appear mispriced by the market relative to their intrinsic value, saw the highest level of trading activity over the year as the Portfolio Manager looked to rebalance towards the Private Asset Backed Finance and Direct Origination strategies. This included switching to instruments we believe offer similar risk, if not less, yet yield higher returns. This also drove the majority of the performance over the year as multiple positions were sold at a premium to their mark in addition to the spread compression witnessed in CLO 2.0 B and BB-rated tranches, where the Portfolio Manager actively rebalanced the sub book towards CLO 2.0s. These benefit from a robust spread pick up to similarly rated credit instruments while offering better downside credit protection. The Portfolio Manager notably sold the largest position (HOEF III A) at a significant premium to the mark, exiting this entire senior tranche of CDO of ABS at a price close to the liquidation value, thereby leaving very limited upside.

In November 2016, the Portfolio Manager completed the execution of two deals using its extensive relationships it has with European banks and retail credit firms to source these deals: a UK auto loan receivables transaction (Project Sacramento) and an Irish buy-to-let mortgage loans origination (Project Shamrock). Anticipated gross returns at close stood at 13% and 15%, respectively, which should allow for an increase of the overall portfolio yield.

In the first three month of 2017, the Company also closed Project Clove, a portfolio of re-performing Irish mortgage loans. This portfolio of Irish residential mortgage loans was financed with a relatively low levered loan facility which provides the Company with an attractive equity position and a forecasted gross return of 16% per annum under the base case scenario. The objective of the investment strategy is to continue the active loan servicing in order to maintain the cash flow metrics whilst benefiting from both the strong and improving Irish macroeconomic environment and house price appreciation.

The Company also made a new investment in the first loss tranche of a European collateralised loan obligations (CLO) warehouse. The CLO warehouse will be managed by a top tier European CLO manager and will benefit from a senior lending facility provided by a large US investment bank. The first loss investment is anticipated to generate gross returns in the mid-teens under our base case. Investments in both the existing Project Shamrock (buy-to-let mortgage loans origination – Direct Origination) and SpRED (Spanish real estate development financing – Direct Origination) transactions were increased during the Year, highlighting the effective expansion of these new direct lending platforms through their respective local partners.

The Company will retain, through its originator subsidiary, a controlling stake in the equity of both, (equivalent to the EU risk retention requirement), entitling the Company to a 100% rebate of the pro-rata CLO management fees. Under our base case, the forecasted gross returns on each of the bundled investments stand at over 20% per annum.”

TORO : Chenavari Toro suspends buybacks until it can find other buyers

In QuotedData’s morning briefing 2 April 2020 JZ Capital makes probably the least useful announcement we have seen to date on COVID-19 – highlights include “At this time, given […]

Chenavari Investment Managers, the manager of Chenavari Toro (Toro) has provided an update, on its website, on its response to the outbreak of covid-19. A link to the […]