Global Resources IT completes its write-up of its Kalia holding 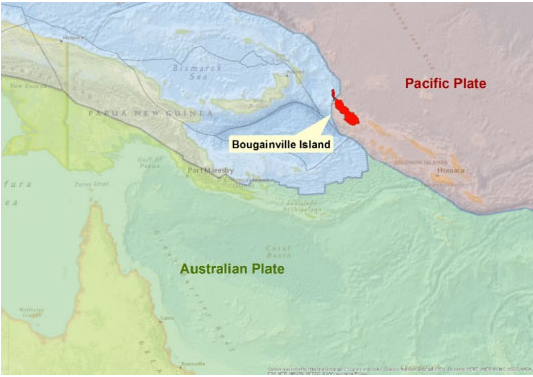 This followed the announcement by GRIT in September 2017 (which we reported at the time – click here) that it had invested in Kalia Holdings Pty Ltd. It is a private Australia company that is the parent company of a Papua New Guinean registered subsidiary Kalia Investments Ltd.  Kalia Investments Limited holds contractual rights to explore for minerals and develop mines in the Tore district of North Bougainville, where they are expected to find gold, copper and other minerals.  Kalia will have 75% of the mining interests and the remaining 25% will belong to the landowners.

GRIT has been valuing its investment in Kalia Holdings Pty Ltd on the “see through” valuation of the number of shares in Kalia Limited if it had accepted the offer from Kalia Limited. The new position effectively doubles the value of its holding and has increased the NAV.

GRIT’s investment objective is to generate medium and long-term capital growth through investing in a diverse portfolio of primarily small and mid-capitalisation natural resources and mining companies, which are listed/quoted on a relevant exchange.

In QuotedData’s morning briefing 2 August 2021: Cordiant Digital Infrastructure (CORD) has decided not to invest in one of the European data centre platforms previously identified in its pipeline […]

In QuotedData’s morning briefing 22 December 2020: The Renewables Infrastructure Group has exchanged contracts to invest in Phoenix SAS, which owns a portfolio of operational wind and solar renewable […]

In QuotedData’s morning briefing 3 December 2020: Jupiter UK Growth’s board has agreed in principle to a voluntary winding up of the company and the offer of cash […]

The board of directors of Global Resources Investment Trust confirm that they have today repaid GBP1.0 million nominal of 9% Convertible Unsecured Loan Stock 2017 to LIM Asia Multi-Strategy Fund […]

Big bounce in NAV in Q1 for Global Resources

On 31 July 2015, Global Resources announced that it had extended its accounting period from 31 August to 31 December. The rationale behind this move was to better […]