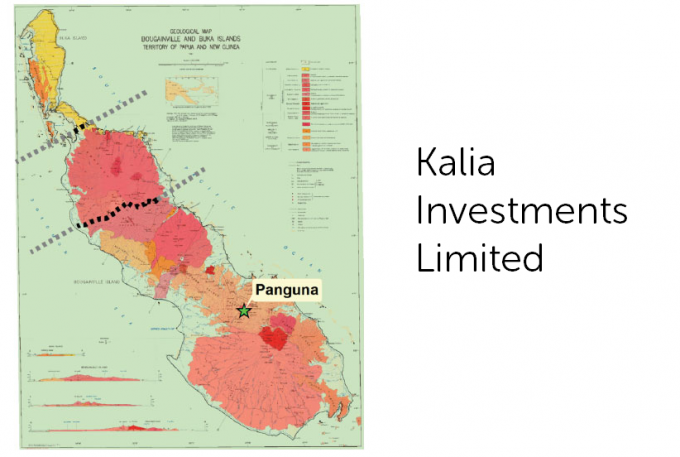 GRIT focused on three key investments – Global Resources Investment Trust (GRIT) has published its annual results. The NAV has slipped to 19.7p from 22.4p but there is the potential for an uplift in this figure if its Kalia deal is agreed – see below.

“In the Interim Report, we advised that Siberian Goldfields had agreed a corporate restructuring with its Russian partner to create a new holding company that would own 100% of the Zhelezny Kryazh gold and iron ore project. This has now completed and was done as a precursor to a fund raising and listing on a recognised Stock Exchange. Unfortunately, the deterioration of global relationships with Russia has made it increasingly difficult for Siberian Goldfields to complete a pre-IPO fund raising, meaning that the company’s planned IPO for early 2018 is inevitably delayed.

Progress for Anglo African Minerals (AAM) to finalise its joint venture with its Chinese partners has been slow, as unfortunately, the company is still working with the government of Guinea to complete the Mining Convention for the FAR Project, which among other things is required to complete the proposed joint venture. However the company’s independent consultants, SRK, have recently completed new measured mineral resource estimates for its other two development projects, Somalu and Toubal, and these have confirmed combined bauxite resources of over 2 billion tonnes of export grade bauxite and the company has also commenced high level infrastructure reviews for both projects.

Currently GRIT is valuing its investment in Kalia, on the basis of 277,108,431 shares, although this will increase to 535,150,000 shares following shareholder approval of the proposed transaction and will result in an uplift in GRIT’s net asset value.

Bougainville is one of the last undeveloped mineralised provinces in the world and in a recent Stock Exchange announcement, Terry Larkin, the managing director of Kalia Ltd stated that, “We believe that the licence areas in Bougainville hold exceptional potential and our objective remains to identify targets for drilling in 2018.”

Fundsmith Emerging Equities says that, during the first half of its financial year, the net asset value grew by 11.6% all of which occurred in the final week of the period. The […]

Fresnillo profit increased in first half of 2016

HgCapital, the Manager of HgCapital Trust has announced that it has agreed the sale of NetNames, a leading provider of global brand protection and internet domain name management   services, […]