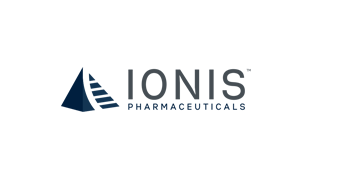 Shares in Ionis Pharmaceuticals (Nasdaq: IONS), a key shareholding for BB Biotech (10.9% of NAV) and several other specialist investment vehicles, fell by more than 12% after hours yesterday, after the FDA issued a complete response letter (CRL) – effectively a rejection – of its new drug application for Waylivra (volanesorsen). The drug is owned by Ionis’ 75%-owned rare disease unit Akcea Therapeutics (Nasdaq: AKCA), which is also held separately by BB Biotech (1.8% of NAV) and whose stock fell by more than 24% after hours.

Waylivra was submitted for the treatment of familial chylomicronemia syndrome, an ultra-rare disease caused by impaired function of the enzyme lipoprotein lipase which causes severe hypertriglyceridemia and a risk of unpredictable and potentially fatal acute pancreatitis. Results from the Approach Phase III trial showed  Waylivra reduced triglycerides by 77% (-94% versus placebo).

No details about the FDA’s decision have emerged, but typically a CRL would require substantive additional evidence to demonstrate efficacy and/or safety before a resubmission could be made, if at all. Earlier this year, Waylivra was reviewed by an FDA advisory committee of external experts, which voted 12-8 in favour of approval. The drug is also in a Phase III study for familial partial lipodystrophy, with top-line data expected in 2019.

Ionis and Akcea are separately waiting a FDA approval decision – due by early October – for Tegsedi (inotersen) for ATTR polyneuropathy.

Syncona’s Freeline may IPO – Freeline Therapeutics says that it raised a total of $120m from investors in its Series C fundraising. $40m of this came from Syncona (in […]

RTW Venture invests in Athira Pharma – RTW Venture Fund has confirmed that it participated in an $85 million Series B financing for Athira Pharma. The extent of RTW’s […]

Worldwide Healthcare results for the year ended 31 March 2020 show an NAV return of 6.5%, ahead of the benchmark’s 5.7%. The premium edged a little higher to […]