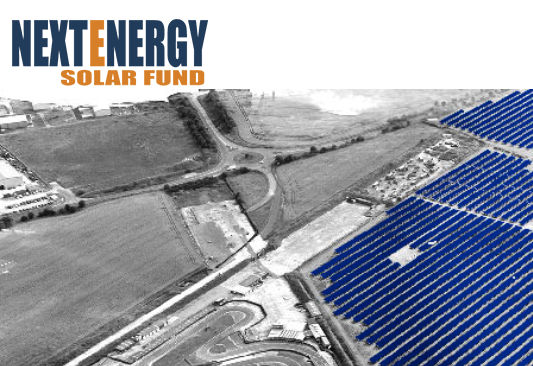 AIP Solco had conditionally agreed to subscribe £100.om for 100.0m new non-voting Preference Shares to be issued by NextEnergy Solar.

The Preference Shares will carry a preferred right to dividends, at a rate of 4.75%, and to capital in a liquidation.

From 1 April 2036, the holders of the Preference Shares will have rights to convert all or some of their Preference Shares into either ordinary shares of no par value in the capital of NextEnergy Solar in  Ordinary Shares or a new class of unlisted B shares, with the B shares carrying rights to dividends and capital in a liquidation that are pari passu with those of the Ordinary Shares.

In parallel, the Company will have the right, at its sole discretion, to redeem the Preference Shares at nominal value in part or whole, at any time starting from 1 April 2030, 6 years prior to the conversion rights awarded to the Preference Shareholders becoming exercisable.

While NextEnergy Solar will initially raise £100,000,000 from the Subscription, it is seeking authority to issue up to 200,000,000 Preference Shares in total.

NextEnergy Solar’s existing investment policy includes limitations on the use of leverage.

In recognition of the priority of payment (in relation to dividends and assets in a liquidation) given to the holders of Preference Shares, it is proposed to amend the Investment Policy in order to include Preference Shares in the calculation of the 50% leverage limit over the company’s gross asset value.

The board of NextEnergy Solar believes this will bring the following benefits to shareholders:

NextEnergy Solar Fund (NESF) has announced that it has into a £100m joint venture partnership (JVP) with Eelpower Limited, a leading battery storage specialist in the UK.  The […]

NextEnergy Solar (NESF) reported annual results to March 31 2021, with the following highlights: Despite unprecedented times, NESF delivered a solid set of financial results, its target of […]

NextEnergy Solar (NESF) announced the acquisition of the UK based Camden solar photovoltaic portfolio comprising two projects totalling 100MWp for a total consideration of c.£64.3m. The portfolio has a 15-year power purchase […]