BlackRock Commodities Income to ease up on option writing 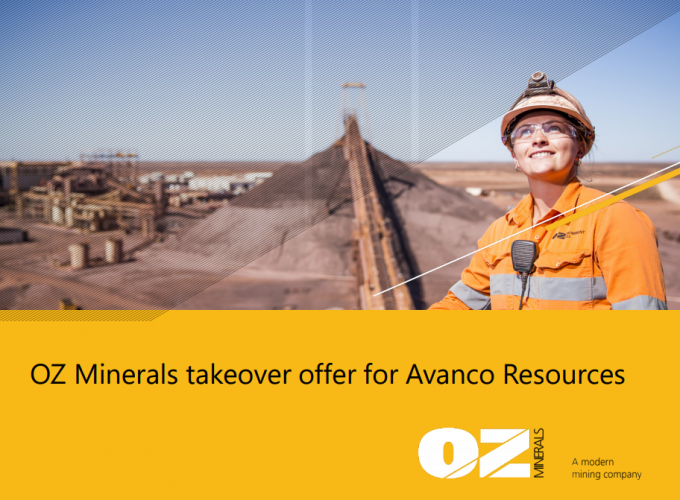 BlackRock Commodities Income to ease up on option writing – BlackRock Commodities Income reports that, for the year ended 30 November 2018, the company returned 3.6% in NAV terms, outperforming both the MSCI World Energy Index which returned 3.5% and the EMIX Global Mining Index which returned 0.4%. However, a widening of its discount meant that the return to shareholders was -0.9%. The dividend was unchanged at 4p.

The manager writes options to help generate the income needed to pay the dividend. In 2018, option premium income represented 36% of total income (2017: 51%). The board has been thinking about whether this is still the best approach. It thinks that it may be possible to generate similar, or possibly improved returns for the company with a lower level of option writing (particularly in rising markets where the returns may be curtailed by writing call options). Given that the company has revenue reserves and also has the ability to make dividend distributions out of special reserves and capital reserves (totalling GBP39,942,000 at 30 November 2018), the board does not believe that there is an overriding requirement for the annual dividend target to be covered by current year revenue alone. The portfolio managers therefore focus on investing the portfolio to generate an optimal level of total return without striving to meet an annual income target and the board is prepared to use revenue reserves and capital and special reserves to meet the dividend target if current year portfolio income alone is insufficient. There may also be a one-off boost to come as HMRC has lost a case in the UK’s Supreme Court relating to the taxation of foreign dividends. This could lead to the recovery of tax up to 1.1% of NAV but this has not been included in the NAV yet as there is no certainty around how HMRC will implement the ruling.

Every six months the board decides whether to hold a tender offer at a 2% discount. This is the principal means by which it controls the company’s discount. It decided against proceeding with the last two tenders. It now believes it would be more appropriate to use buybacks instead. The board will not be seeking authority from shareholders to implement discretionary semi-annual tenders at the next AGM.

“The portfolio’s overweight to copper was the key driver of outperformance with two of its mid-cap copper holdings – Avanco Resources and Nevsun Resources – acquired during the year; Avanco was subsequently bid for and acquired by Oz Minerals. In addition, a new area of the portfolio – Battery Materials – added significantly to performance through the Company’s holdings (both equity and debt) in lithium producers as well as its holding in Umicore, a battery materials recycler. As discussed later in the report we are increasingly looking to build the portfolio’s exposure to the “energy transition” theme, where we had 10.5% of the portfolio directly exposed to the area at the end of the reporting period. Despite the significant sell-off in the US E&P’s during the last quarter of the year, the strong performance of this sub-sector during the first half, as well as our actions to cut exposure during the second half, resulted in a small positive contribution from the E&P companies as a whole over the year.”

BRCI : BlackRock Commodities Income to ease up on option writing

In QuotedData’s morning briefing 2 June 2020: Witan has published an analysis of its performance in 2020. “In broad terms, our 12% underperformance has been due mainly to the […]

BlackRock Energy and Resources Income (BERI), formerly BlackRock Commodities Income, reported final results to 30 November 2019. Resources were mostly out of favour with investors, against a backdrop of low […]

BlackRock Commodities Income has announced that its board has decided not to proceed with the discretionary semi-annual tender offer that was due in February 2019. The announcement doesn’t […]

BlackRock Commodities Income has posted a 51.9% return on net assets for the year ended 30 November 2016. The return to shareholders was 51.4%. Over the same period, […]