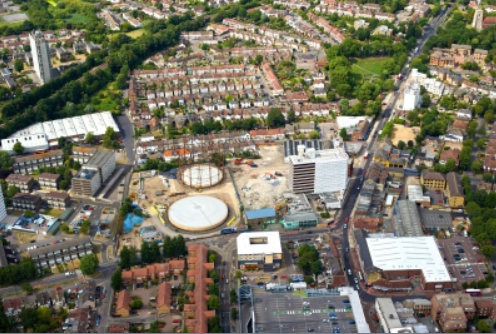 LXB Retail Properties (LXB) has announced its annual results for the year ended 30 September 2018. In his chairman’s statement, Phil Wigely says that LXB has only a few weeks left until the anticipated de-listing and dissolution of the Company (subject to shareholders approve the necessary resolutions at an EGM scheduled for late March, and that the Jersey Court subsequently sanctions LXB’s dissolution).

All of the land investments of the Group have now been disposed of and the remaining business of the Group consists of its interest in Phase 2 of Rushden Lakes, which reached practical completion at the end of January 2019. The anchor tenant Cine UK and a number of other key tenants have also taken occupation. Two of the restaurants took access and opened prior to the end of 2018. At present, four units including one previously let to Gourmet Burger Kitchen, remain unlet. Two of these unlet units have been split to increase their marketability resulting in the Group currently being in final legal discussions with Greggs and Blue Mountain Yard, subject to planning consents. LXB says that it expects to recognise the value attributable to these lettings prior to its dissolution. It says that it has not been able to make progress on the other units, which it says is a reflection of the state of the occupier market, compounded by the uncertainty surrounding the Patisserie Valerie unit.

LXB says that it has not yet been possible to conclude a final settlement with Highways England covering the road works completed in June 2017 and neither does it currently have an agreed final contract sum for the works required following the recent road safety audit. LXB says that the delay is compounded by the public difficulties of the contractor, Interserve, and, as a consequence, “the highways performance bond will need to be cash collateralised beyond the anticipated life of the Group”.

Final capital value is estimated at 2p per share

As recently announced, LXB’s Board has agreed a further return of cash of 3p per share and it says that it expects this to be the last cash distribution prior to any final distribution as part of the dissolution. Furthermore, the total cash returned to Shareholders during the life of the group will, following the 3p return referred to above, be 121.5p per share. The board estimates that the final return of capital will now be approximately 2p per share.

LXB Retail Properties has been listed on the AIM segment of the London Stock Exchange since October 2009. It is a Jersey domiciled closed-ended real estate investment company, whose strategy is to invest in out-of-town and edge-of-town retail assets. The aim of its strategy was to capitalise on the structural change occurring in the out-of-town UK retail sector through focused acquisition of retail parks where there is scope, through development and asset management, to extract above average returns for Shareholders. It then sought, an active investor, to implement strategies to enhance the capital value of the assets it had acquired. However, at an EGM in February 2016, shareholders approved resolutions allowing for an orderly wind up of the company with cash returned to shareholders, from time to time, as it is realised.

LXB Retail is working to return cash to shareholders. They reported a fall in net asset value of 7.5p per share for the six months ended 30 September 2016, […]

LXB Retail Properties  has reported that on 25 August 2016 it exchanged contracts for the sale of its investment at B&Q, Greenwich to a private investor based in […]

LXB Retail Properties Plc reports that it has exchanged contracts for the unconditional sale of its investment at Kingsmead Stafford to Triple Jersey Limited, a private investment vehicle. […]

LXB Retail Properties has announced its annual results for the year ended 30 September 2015. During the period, the company’s EPRA NAV per share has reduced by 23.1% […]