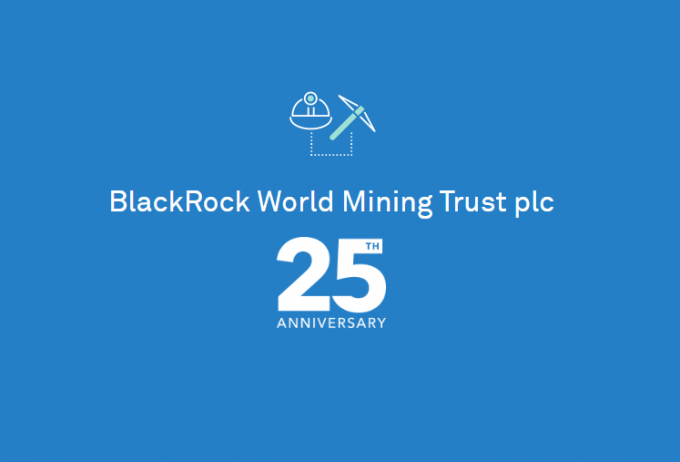 Vale disaster overshadows BlackRock World Mining 25th anniversary – BlackRock World Mining has published results for the year ended 31 December 2018. The trust underperformed the EMIX Global Mining Index – returning -11.5% in NAV terms and -10.7% in share price terms, against a -6.2% return for the index. The dividend was raised from 15.6p to 18p, an increase of 15.4%. The chairman says that dividend distributions from the mining companies in the
portfolio look set, in the main, to grow in the current financial year as they expect them to continue to remain disciplined on capital investment plans.

The chairman says “The year under review has been more challenging than the last for both broader equity markets and the mining sector. After solid earnings growth and a strong start to the year, equities were hit at the end of the period by increased uncertainty on a number of fronts. This primarily surrounded increased trade tensions between the US and China, but also included weakening economic data out of China. A stronger US dollar has also impacted emerging markets and thus mined commodity prices.”

The trust is celebrating its 25th birthday. An investment at launch would have generated 182.72p of dividend income for each pound invested and as at 31 December 2018 the NAV total return would have been 573.6%.

“Your board has noted with deep regret the tragic events around the Vale tailings dam failure in Brazil and the consequential loss of life. We further recognise calls coming from many leaders within the resources sector who seek answers as to how the industry can improve tailings dam facilities and mitigate events like this from occurring again. We support the call for greater transparency in tailings management disclosure and will work with the industry towards this. The board has asked our investment manager to undertake a comprehensive review of all our investments specifically with regard to tailings facility management.”

[At the end of December, the trust had a substantial £67.5m exposure to Vale both through an investment in its shares and through a debenture which gives a royalty income on Vale’s Northern System and Southeastern System iron ore assets in Brazil, as well as a 1.25% royalty over the Sossego copper mine. At the end of December these were 8.7% of the portfolio and BlackRock has increased the exposure to the debentures since then. Vale’s shares fell 25% after the dam disaster.]

The manager’s statement is too long to usefully reproduce here but you should be able to access the annual report from the documents tab on BRWM’s page soon.