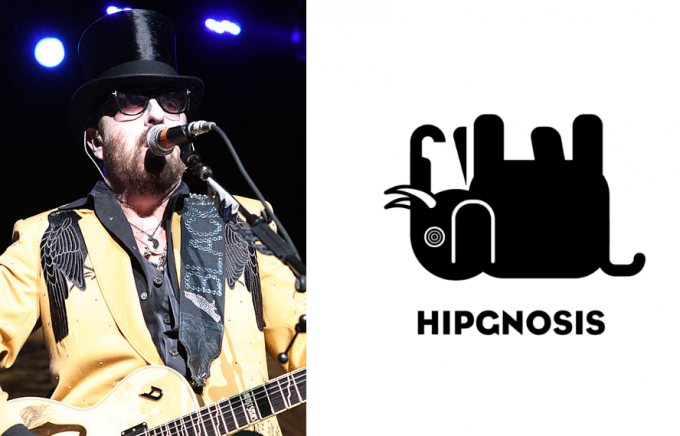 David A. Stewart co-wrote and produced each of Eurythmics’ albums, including eight Top 5 and three Number 1 UK albums, which are estimated to have sold over 100 million albums worldwide. With Eurythmics, David A. Stewart co-wrote 13 US Number 1 singles, including ‘Sweet Dreams (Are Made of This)’, ‘Would I Lie To You‘ and ‘There Must Be An Angel (Playing With My Heart)‘. According to the British Phonographic Institute (BPI), the iconic ‘Sweet Dreams (Are Made Of This)’ is the most streamed song of any song originally released in 1983.

Eurythmics were awarded the Ivor Novello Award for ‘Songwriters of the Year’ in 1984 and 1987 and ‘Best Contemporary Song’ in 1987 for ‘It’s Alright (Baby’s Coming Back)‘, the 1987 Grammy Award for ‘Best Rock Performance by a Duo or Group with Vocal’ for ‘Missionary Man‘ and the 1999 Brit Award for ‘Outstanding Contribution to British Music’. In 2005, both David A. Stewart and Annie Lennox were elected to the UK Music Hall of Fame.

Both during and following Eurythmics, David A. Stewart has produced and written songs with globally successful artists including Tom Petty on his US Number 3 ‘Don’t Come Around Here No More‘, No Doubt on their US Number 1 ‘Underneath It All’, Shakespear’s Sister on ‘Stay‘, which was a UK Number 1 for eight consecutive weeks, in addition to songs with Mick Jagger, Bono, Bob Dylan, Gwen Stefani, Bon Jovi, Stevie Nicks, Bryan Ferry, Katy Perry, Sinead O’Connor and Joss Stone. David A. Stewart has also had major successes as an artist, including the instrumental ‘Lily was Here‘, a legendary duet with Candy Dulfer which was a global hit single and reached Number 6 in the UK.

David A. Stewart has been awarded ‘Best British Producer’ at the Brit Awards an unprecedented three times in 1986, 1987 and 1990. In addition he was awarded the 2004 Ivor Novello Award for ‘Outstanding Contemporary Song Collection’, a Golden Globe and Critics Choice Award in 2005 for ‘Old Habits Die Hard‘ with Mick Jagger and Clive Davis’ ‘Legend in Songwriting Award’.

David A. Stewart was represented by manager, Dave Kaplan and attorney, Peter Paterno.

David A. Stewart said: “Merck understands that without the song there is nothing and therefore holds songs with the utmost respect, hence understanding their impact on society and their long term value. He sees his company more like a song management company unlike many publishers who act more like a collection agency and wait for the money to pour in. I’m excited to be on the advisory board of this forward thinking company and sure we will have great success together.”

Law Debenture will shift from the AIC’s global sector to the UK Equity Income sector. This forms part of a review of sectors by the AIC which we will tell you more about later. PME Africa’s results show its NAV falling to 15 cents from 21 cents – the fund had assets of just $3.7m […]