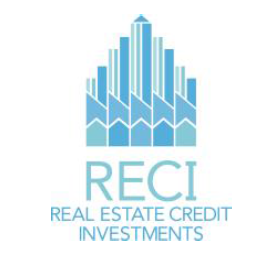 Real Estate Credit Investments (RECI) has announced its annual results for the year ended 31 March 2019. The company has reported an increased year end NAV of £1.65 per Share, which it says builds upon the consistency of the previous four years. During the year, RECI provided total dividends of 12.0p per Share and an annualised total return for Shareholders of 8.0%.

RECI reported total net profit for the financial year ended 31 March 2019 of £19.2 million on year end total assets of £355.2 million (£14.9 million in the year ended 31 March 2018 on year end total assets of £308.2 million). It says that it utilised short-term leverage at an average cost of borrowing of 1.8% and with average leverage of 26.5% of NAV during the last financial year. The company says that its Board and manager will continue to consider and assess the pricing and structure of a range of potential leverage options.

During the financial year to 31 March 2019, the Company invested £73.6 million in the loan portfolio and purchased £131.2 million of new bonds for the portfolio. RECI also received cash repayments and interest of £147.7 million in this year.

“2018 saw the continuation of global macroeconomic uncertainty. Brexit has been joined by European elections, trade “wars” and low growth on a list of themes to cause concern. Most asset classes suffered negative returns in 2018. Cheyne remains cautious in its investment approach, to reflect these conditions, and continues its revised focus on senior loans and bonds at the expense of deeply subordinated mezzanine positions.

The Company, as advised by Cheyne, therefore continues to hold to its central thesis, which is that defensive credit (at a low leverage point, with substantial control and governance protection) earning generous and stable returns is the best risk adjusted investment proposition today. That thesis is especially evident in the highly inefficient and dislocated European real estate debt markets, where Cheyne sees a continuing opportunity for the foreseeable future, and is confident that this will ensure its strong pipeline of deals is maintained. The primary causes of the dislocation, namely the inability of banks to lend to this asset class in Europe and very high barriers to entry, hold true today, as they have since 2008. This looks set to remain the case in the UK and Europe for the foreseeable future.

The year for RECI was marked by:

State of the Markets

European real estate markets continue to be polarised, with a marked difference in demand between core long-term income assets and those which are in need of asset management or development. The opportunity to bridge the gap between creating value and core income is significant.

Debt markets demonstrate a similar polarisation, with lending appetite (both banks and alternative lenders) focused on long-term core income lending and eschewing value-additive or development lending. We feel that the aversion to value-additive asset lending in favour of core income lending is misplaced. The risk and return profile in the latter significantly outweighs the former, albeit for a lender that has a deep capability of understanding and executing on value-add or development asset strategies itself.

UK real estate markets have seen significant value declines since the Brexit vote in 2016. This is especially acute in certain sectors such as retail, but we cannot see a single asset class that has not suffered from Brexit. On the other hand, we continue to note increased liquidity and buying interest at these lower clearing levels. In the main, the negative consequences of Brexit on the economy, the UK consumer and on the UK real estate asset class are, in our view, largely priced in.

The same applies to lending markets in the UK, which continue to see foreign banks remaining on the sidelines.

Brexit uncertainty is, in our view, presenting the UK real estate market as the destination for opportunistic capital, much like the opportunity presented in the Southern European real estate markets during the 2008 and 2011 crises.

What is apparent on the ground in the UK is that lenders such as Cheyne still see significant volume from opportunistic borrowers and sponsors requesting funding for new projects, albeit at valuation levels which take into consideration the uncertainty generated by Brexit. Away from direct lending to new deals, we also see the continuation of substantial compelling opportunities from the valuation stress that Brexit has caused to otherwise good projects. Our preferred model here is to support capable sponsors with robust assets demonstrating a clear path to value creation, but which are in stress due to value declines or adverse incumbent creditor behaviour.

During the year, seven of our loans (across various real estate asset classes including logistics, office, hospitality, mixed-use and residential) have been re-paid or re-financed suggesting that market liquidity (at the lower valuations) is holding up at this most uncertain of times.

We continue to look for the most compelling lending opportunities in Europe as well as the UK. At the end of 2018 we closed a senior loan deal in Lisbon, Portugal with the largest global institutional real estate investor. The first quarter of 2019 has seen us finalising transactions in France and Italy, and we are continuing to evaluate further opportunities in Ireland, the Netherlands and Germany.

The Opportunity for RECI

RECI benefits from access to Cheyne Capital’s established origination and investment capabilities in both private debt (loans) and listed debt (bonds) across Europe.

The origination volumes Cheyne Capital saw last year, which were significantly ahead of any previous year, have continued at a similar rate this year. This is mainly due to the further retrenchment of banks, the increasing volume of real estate deal flows, the ability of Cheyne Capital’s platform to continually present innovative and timely solutions to the real estate community and the growth of its origination capabilities into France in particular (following on from the established origination capabilities in the UK and Germany).

Cheyne Capital originates all of its private debt (in contrast to taking participations in externally originated deals), thus capturing superior economics and retaining control over the deal structure. It is also a prominent investor in the listed bond markets for real estate (mainly Commercial Mortgage Backed Securities (CMBS)).

Given this, the current investment focus is on:

RECI’s growth has continued in the year with the closing of an oversubscribed tap issue in September 2018, raising gross proceeds of £23.2 million and contributing towards the NAV increase at 31 March 2019 of £253.2 million, up from £228.5 million at 31 March 2018. Following this, and to cater for excess demand, the Company established a new placing programme for the issue of up to 100 million new Ordinary Shares. In May 2019, the first placing under this Placing Programme increased net assets to circa £334 million, with remaining authority to issue a further 54.1 million new Ordinary Shares under the programme.

RECI has been able to deploy these proceeds quickly across Cheyne’s pipeline of deals and in CMBS bonds.

These new commitments (inter alia) include:

In December, a new €12.1 million commitment to a senior loan with an LTV of 60% secured by a serviced apartment asset in Lisbon, of which €9.4 million was drawn down in the month.

Post year end, RECI committed £15 million to a new UK loan deal, which is backed by a portfolio of high quality hotels in central London.

In April, RECI committed €12.6 million in a new €155 million asset originated by Cheyne to refinance the debt of the LOV Hotel Collection (LHC). LHC is the luxury hotel branch of LOV Group which owns and manages prestigious hotels across some of France’s top regions. A further €4 million was invested across two bonds in a new CMBS issue.

In February, RECI purchased a new £9.8 million UK CMBS bond, originated by Cheyne, which is backed by a portfolio of high quality French hotels in Paris and Nice.

The Real Estate team at Cheyne is now one of the largest non-bank stand-alone real estate credit businesses in Europe, with AUM of $3 billion and 28 dedicated people and the support of Cheyne Capital’s infrastructure. It has consistently delivered through cycles and economic shocks (2009, 2011, 2016 Brexit vote), and the continuing supportive dynamics and established infrastructure underpin it as a long-term, stable business. RECI continues to benefit from this and the opportunity to participate in Cheyne’s strong pipeline of investments.

The weighted average levered gross yield of the investment portfolio at 31 March 2019 was 9.9%, which after taking into account lowered expenses (on a per share basis), lowered financing costs and fair value adjustments, returned a total NAV per share (including dividends) of 8.0% in the financial year to 31 March 2019.

It remains the Company’s ambition to maintain a stable quarterly dividend paying capability through economic cycles.

* Balance Sheet value of amounts drawn by the borrowers.

1 Based on total commitment of bonds and loans.

3 WA based on commitment. WA effective yield is based on:

ii)           for the loans the yield stated is the effective accounting yield based on the funded loan balances, which includes interest and fees.

The bond portfolio, valued at £163.1 million, has the potential for strong defensive returns:

The portfolio is characterised by a short duration (2.8 years) and high coupon, which is defensive to interest rate rise and provides resilience in turbulent markets.

The average leverage of the portfolio over the financial year was 26.5%, achieved through the provision of short term flexible financing. The Company enters into repurchase arrangements agreements with several banks to provide leverage. This financing is collateralised against certain of the Company’s bond portfolio assets with a fair value totalling £128.3 million (31 March 2018: £100.0 million which includes £48.1 million of receivable for bonds sold) and a weighted average cost at 31 March 2019 of 1.80% (31 March 2018: 1.96%) per annum. The average period to maturity of the repurchase arrangements is 2 months.

2018 was an extremely challenging year for global capital markets. Most asset classes suffered negative returns in 2018 as key macroeconomic concerns took centre stage including a deepening global trade war, Brexit and a new European sovereign crisis. Cheyne remains cautious in its investment approach, to reflect these conditions, and maintains a strong investment pipeline continuing our revised focus on senior loans and bonds at the expense of deeply subordinated mezzanine positions.

In QuotedData’s other news 13 February 2020 Chenavari Toro says just 3.4% of its shares in issue were tendered in it the latest offer. Holders of 10.6m shares worth […]

In QuotedData’s other news 30 January 2020 Duke Royalty has made a £7.7m follow-on investment in Bakhchysarai (Ireland) which is building a recruitment business in Ireland and the UK. […]

Real Estate Credit Investments (RECI) committed over £105m in December 2019, across four deals.  A £38m loan to a portfolio of 17 properties located across the UK, which […]

In QuotedData’s other news 19 September 2019 Real Estate Credit Investments is placing new stock at 167p – a discount of 0.6% to the closing share price on 18 September […]