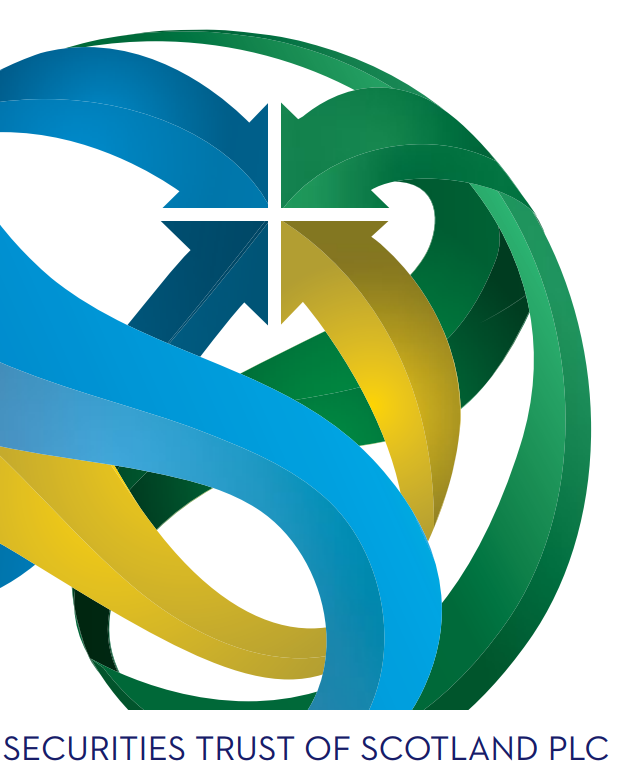 Securities Trust of Scotland (STS) has announced its annual results for the year ended 31 March 2019, in which it outperformed its peers. During the period, STS provided an NAV total return of 11.4% and a share price total return of 9.6%. The trust says that that these are ahead of the peer group median of 8.5% and place the fund’s performance quartile for performance versus its peers.

The manager says that STS’s North American equities performed strongly, driving much of the total return for the trust’s portfolio (most of the top-ten positive absolute performers were North American). The leading sectors for the STS, in terms of absolute performance, were consumer staples, utilities and communication services. The sectors that produced negative returns included financials, industrials and consumer discretionary. The manager says that these were the more cyclically facing sectors that investors have de-rated in anticipation of earnings coming under pressure should we move into a recession.

The best-performing stock in the portfolio over the past year was Merck, the US healthcare company. The manager says that Merck’s immuno-oncology drug Keytruda at the very least de-risks the growth profile of Merck over the next few years. He says that it likely also offers upside, which immediately makes it attractive relative to peers (whose growth is not de-risked, broadly speaking), in his view. He concludes that this leaves ample room for upside from the pipeline, which is focused on HIV, vaccines and non-immuno-oncology (especially Lenvima and Lynparza). Merck comfortably remains his top ‘Big Pharma’ pick, and it has also benefited from investor sentiment warming to the sector.

The manager provided the following further comments on portfolio performance:

“DSM, the Dutch vitamin producer, is a great example of a stock we have high conviction in that has produced excellent dividend growth. The company is a leader in nutrition science and is innovating continually to produce cutting-edge products. Just recently, it announced testing of a product to help dairy farmers in New Zealand reduce their cows’ methane production. Cows, through the enteric process (burping), are one of the largest producers of this potent greenhouse gas that causes climate change.

Incredibly, 4% of total global greenhouse gas is generated by cows, and DSM’s dietary supplement aims to reduce this by 30%. The market for this product could be as much as $1-3billion. The company not only grows strongly, supported by its innovation, but also has a solid capital structure and recently confirmed that it will increase its dividend payment by 25%.

Continental, a consumer company that’s perhaps more of an industrial, as it produces tyres and auto components, was the worst performer in absolute terms for the portfolio.  The stock announced two profit warnings in 2018. Beyond some weakness in Chinese auto demand and disruption from WLTP emissions regulation (tough new emissions regulations have played havoc with original equipment manufacturers (OEMs’) production in the short term), auto demand in developed markets has been robust, far from plunging into recession. But this hasn’t deterred investors from selling with impunity. The theme of the market shooting first and asking questions later – on the slightest piece of negative short-term news – has been more prevalent as we near the end of this economic cycle. In the main, defensive names have been performing better in Europe, with Zurich Insurance and Britvic making it into the top-ten absolute contributors for the year.”

During the period, we sold our position in Apple. Contrary to our original investment case in 2016, Apple’s Services have grown much faster and Apple iPhone much slower than we expected. We believe future growth is increasingly dependent on one division (services) and is a fraction of the group. For us, this calls into question the sustainability of growth and comes at a time of investor nerves about China (20% of sales and a key manufacturing base), both in terms of trade relations with the US and economic stability.

In October, we sold a number of our more cyclical holdings to insulate the portfolio from any further slide into an economic and earnings recession. The proceeds of these sales were invested across the more defensive positions which have more stable earnings. An example was the sale of DS Smith, a cardboard box manufacturer that we thought could grow revenues and earnings, benefiting from the structural shift to online shopping. However, we worried that this company could prove to be very cyclical, as it proved to be in the last downturn. The company argues otherwise, as it has been winning long-term contracts with the likes of Amazon. When we reviewed the company prior to our sale, we also felt that the innovation the company talks so much about, is not really in evidence. We still receive large Amazon boxes with far too much empty space in them. The paper cycle is also long in the tooth, with consumer activity waning. The stock has gone on to fall another 25% since our sale, so we will take another look at it. But we are doubtful that enough has changed to warrant us revisiting the position.

We have recently purchased a position in Tencent. The investment case for Tencent is threefold; monetisation of its extremely large user base, continued strong execution within gaming, and development (and eventual increasing profitability) within the ‘other’ divisions. We believe the market is currently overly focused on short-term issues such as macroeconomic fears or a changing regulatory environment, which is presenting a good entry point into a great long-term story.

Tencent is among the most exciting growth stocks globally, and thus growth is one of the key angles to the investment case. Trends towards social platforms, online advertising, gaming on smartphones, cloud computing, and mobile payments should all drive the top line well beyond our investment horizon. Although it is too early to model, Tencent also offers the option of exposure to many nascent areas – for example, autonomous driving. All in, we expect growth over the next five years should carry on in much the same vein as history and expect >20% CAGR.

With global macroeconomic data sluggish in most regions, the question is whether or not we are entering economic recession, or this is just a blip in activity caused by the trade wars and tightening fiscal and monetary conditions? In simple terms, have the central banks, particularly the Federal Reserve, got their hawkish policies wrong? The answer would appear to be ‘yes’. In response to weaker data, the Federal Reserve has responded by shifting its policy path, so rather than the two further rate rises we expected in 2019, there is now the prospect of rate cuts going into 2020 and the stance of ‘easy money’ looks set to be extended. The Federal Reserve highlighted the risks investors are well versed in: slower growth in major economies and heightened political uncertainty, including trade tensions and Brexit. This more accommodative stance may well continue to fuel equities throughout the rest of 2019 and in 2020.

The China-US trade dispute continues to rumble on with the focus now on the meeting between Donald Trump and Xi Jinping when the two leaders attend the G20 summit in Japan in late June. There are hopes that the US and China will increase efforts to end their trade war.  The question is how this has impaired the long-term economic relationship between the US and China. China is certainly seeing slower growth and is already putting in place its own policy response in the form of its own bank bailout, combined with tax and interest-rate cuts to try to stimulate domestic activity. As a result, we could continue to see a good rebound in Chinese and related equity markets after a terrible year in 2018, as sentiment and activity improve.

In Europe, Brexit is now delayed to October 31. Much will depend on who becomes the next UK Prime Minister and what their stance will be regards this date being immovable. The risks have certainly increased that Britain could be heading for a no-deal Brexit. Were this to be the case we would likely see pressure on sterling and UK domestic equities. The markets, as with business generally, would benefit from more clarity.

German macroeconomic data is bleak, but we assume that politicians will be putting pressure on Brussels to agree a Brexit deal to prevent a slide into recession. Private investment has been weak, and faltering Chinese growth has not been good for exports. A paltry 1.3% GDP growth forecast* for 2019 could improve later in the year if the fiscal backdrop is more favourable.

Global corporate earnings expectations look to have come down a long way since September. This has been driven by a combination of margin pressure, top-line deceleration and the loss of tax stimulus. Earnings estimates are falling, driven by energy, materials and technology sectors. Two negative year-over-year earnings growth quarters would, of course, signal an earnings recession. The market does, however, expect a rebound in earnings later in 2019, but we should not expect that to be too exciting in the face of rising costs for transport/logistics, labour, funding, tariffs and materials.

Now that the S&P 500 has climbed back through fair value, as measured by long-term P/E multiples, we believe we really need to see earnings hit a trough before markets move higher from this point. It is certain that central banks, with a more dovish stance, will hold off on tightening policy and further fiscal stimulus may even be put in place.

In conclusion, the market outlook in our view demands a much more careful stockpicking mentality, a laser focus on corporate margin pressure, and a keen eye on valuation. We don’t expect strong moves from here, and bouts of volatility should be expected. This will surely be a much better backdrop for high-quality, cash-generative businesses that are able to distribute sustainable, growing dividends to investors. These may well make up most of the real equity market return for some time.

Securities Trust of Scotland (STS) has announced its annual results for the year ended 31 March 2022. During the period, STS provided NAV and share price total returns […]

In QuotedData’s morning briefing 12 November 2020: Further to its announcement on 17 September, Securities Trust of Scotland has provided an update confirming: Troy Asset Management Limited has been […]

The big news of the week in the investment companies sector is probably Troy Asset Management securing the management contract for Securities Trust of Scotland from Martin Currie. […]