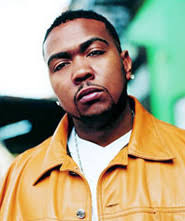 Hipgnosis signs up hip hop legend Timbaland – Hipgnosis Songs (SONG) has bought a music catalogue from Timbaland, the American record producer, rapper, singer, songwriter and DJ, who SONG describe as being widely regarded as the most successful and influential producer in the history of hip hop. The Timbaland catalogue that Hipgnosis has acquired comprises 108 albums and songs.

Producer behind the Justin Timberlake

Timbaland has received 13 Grammy Award nominations, winning two, and has produced some of the most important albums of the last 25 years including Nelly Furtado‘s ‘Loose’, three Platinum and Multi-Platinum Missy Elliott albums and all of Justin Timberlake‘s albums which have reached Number 1 across the world.

‘Loose‘, released in 2006, was Nelly Furtado‘s first Number 1 album selling over 12 million copies globally and includes the US Number 1 singles ‘Promiscuous’ and ‘Say it Right’ in addition to the iconic Platinum certified ‘Maneater‘.

Justin Timberlake‘s albums have sold an aggregate 32 million copies globally and include the 2006 hit Songs ‘SexyBack‘ which was certified 3x Platinum in the US and reached Number 1 in 9 Countries including the US and UK; ‘My Love.‘

The catalogue also contains songs performed by some of the biggest global hip hop and R&B artists such as Aaliyah, Jay-Z, 50 Cent, Madonna, 2 PAC, Rihanna, OneRepublic and Drake. These include Jay Z‘s 4x Platinum ‘Holy Grail’ featuring Justin Timberlake released in 2011 and Aaliyah‘s US number 1 ‘Try Again‘ released in 2000.

In addition, Timbaland has had significant commercial success as a solo artist with his 2007 platinum album ‘Shock Value‘ which featured the US number 1s ‘Give It to Me’ featuring Nelly Furtado and Justin Timberlake; ‘Apologise’ featuring OneRepublic; and the 3x platinum ‘The Way I Are’ featuring Keri Hilson, D.O.E. and Sebastian.

Merck Mercuriadis, founder of SONG, said: “Ask any of today’s greatest creators who their biggest influences are and the one name that appears on everybody’s list is Timbaland. His iconic records with Aaliyah, Jay Z, Missy Elliot, Nelly Furtado, and Justin Timberlake amongst many others are iconic and will be remembered forever.”