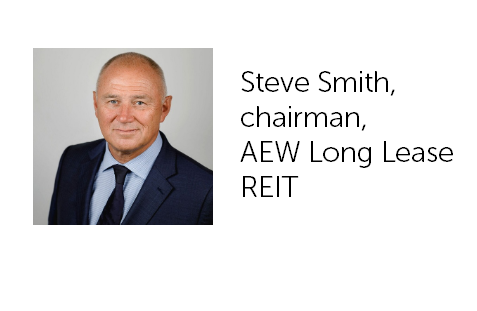 Big vote against AEW Long Lease chairman – at the Annual General Meeting of AEW Long Lease REIT, held on 5 November, most of the resolutions put to shareholders were approved overwhelmingly [as tends to be the case with most AGMs]. However, resolution number 3, which asked shareholders to approve the re-election of Steve Smith, saw 29,186,793 shares voted in favour and 11,290,182 shares voted against.

The resolution only needs a simple majority of those voting to pass, so Steve was re-elected and will stay on as chairman. However, the vote against was large enough to provoke questions – “The board notes the number of votes against Resolution 3, the re-election of Steve Smith. The board will engage with the shareholders who voted against this resolution in particular to understand their views, as part of its ongoing programme of engagement.”

[AEW Long Lease had an eventful year – losing a large tenant, deciding to give up, serving notice on the managers, getting bids for the company, re-letting the space occupied by the large tenant in fairly short order and on the same terms, rejecting all offers and deciding to carry on but with a focus on cost cutting. We still don’t know what the summer’s adventures cost the fund in terms of advisory fees but you could understand why some shareholders might have been uneasy. Voting against the chairman is a drastic step – we wonder if these shareholders tried talking to the board beforehand and what response they got. As things stand, the fund will still lose its manager on 9 April 2020 and we don’t know who will replace them. This might be one reason why the shares are trading at a hefty discount.]

AEW UK Long Lease REIT has reported a slight dip in its net asset value (NAV) in half-year results to the end of December 2019. The company, which […]

AEW Long Lease rethinks its future – AEW UK Long Lease REIT has rejected several takeover approaches and plans to go it alone. The company received several proposals, but the board […]