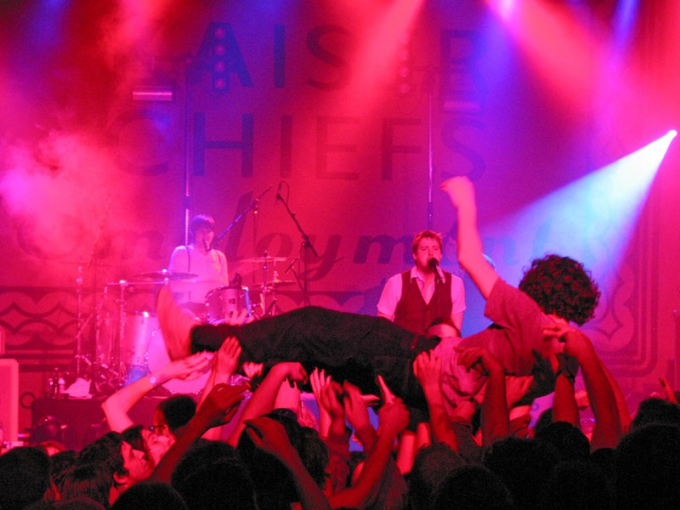 The Kaiser Chiefs’ 2005 debut album ‘Employment’, which won the Ivor Novello Award for “Best Album”, is certified 6x platinum in the UK and includes the platinum certified ‘I Predict a Riot‘, ‘Oh My God‘ which reached the Top 10 on the UK Singles Chart and the UK Top 10 ‘Everyday I Love You Less and Less‘. With ‘Employment’ the Kaiser Chiefs won three Brit Awards in 2006, an NME Award for “Best Album” and were shortlisted for the Mercury Prize.

The band’s second album ‘Yours Truly Angry Mob’ released in 2007 reached Number 1 in the UK Album Charts and is certified as 2x platinum in the UK and included the UK Number 1 and platinum certified lead single ‘Ruby‘.

The catalogue also includes the UK Top 5 single ‘Never Miss a Beat‘ off the band’s 2008 Number 2 album ‘Off With Their Heads’.

The catalogue consists of 100% of the worldwide ownership of the master rights to the Kaiser Chiefs’ first four studio albums, ‘Employment’, ‘Yours Truly, Angry Mob’, ‘Off With Their Heads’ and The Future is Medieval’, as well as their greatest hits album ‘Souvenir’ and their live audiovisual release ‘Live at Elland Road’. This catalogue will be allocated to the C share portfolio (which gets merged in with the ordinary share portfolio when the board decides that the C share portfolio is more or less fully invested).