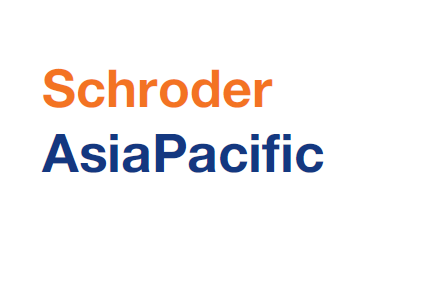 Schroder AsiaPacific says situation in Hong Kong remains of concern – Schroder AsiaPacific (SDP) delivered an NAV total return of +1.8%, which was slightly behind the benchmark which rose +2.2%. Key positives were stock selection in Taiwan and Korea, while non-index exposures to Australia and the Netherlands also added value. Stock selection in India was also strong, partly offset by the trust’s underweighting. In country allocation terms, added value from the nil weight in Malaysia and the overweight in Hong Kong (SAR) were partly offset by the underweight in Indonesia which outperformed.

SDP made a substantial reduction in Korean exposure, moving firmly underweight. The overweight allocation to Thailand was also scaled back given relatively strong performance in currency adjusted terms. Reductions in mainland China were more modest while areas of addition included Singapore, India (although remaining underweight) and selected stocks listed outside the region but with significant exposure to Asian growth.

Domestic stimulus has been pretty half-hearted so far

The following exert was taken from SDP’s manager report:

“It is difficult to regard global macro and political developments over the summer as having been supportive of either equity markets or investor sentiment. Political developments have dominated the front pages in Asia, but have scarcely been absent closer to home. The broad threads to these tensions could be viewed as the nexus between populism and resentment at perceived widening of wealth disparities. Whether related or not, economic trends have softened, with retracement in global PMIs, soft private capital spending in a number of markets, and contraction in global trade.

The growth scare has been given further credence by the flattening/inversion of yield curves worldwide. The historic evidence linking this to inevitable recession is somewhat ambivalent, but increasingly desperate measures from Central Banks (at least outside the US) to support growth smack of panic that may do more harm than good. Albeit circumspectly, we do not sit in the recession camp, and indeed are inclined to feel that many cyclical growth sectors and stocks offer the most attractive medium-term prospects. In contrast, defensives and bond proxies seem inordinately rewarded for income generation and their perceived stability.

The situation in Hong Kong (SAR) is obviously of concern as it remains a substantial exposure for the company, with real estate and financials particularly vulnerable should confidence in stability be permanently impaired. While we respect the political motivations behind the protests, there is also an economic angle as the squeezed middle classes articulate their dissatisfaction. The Hong Kong SAR administration has considerable fiscal fire power should it elect to use it, while strong corporate balance sheets should provide some reassurance as to shareholder returns.

As we have said before, Asian company valuations are generally well supported given strong cash flows, conservative capital spending intentions and strong balance sheets. More doubt surrounds the likely level of growth. Markets have, probably correctly, written off 2019, but earnings growth expectations look too sanguine for 2020, and this will feed through to dividend out-turns. Many pieces of the jigsaw for recovery might fall into place (trade truce, recovery in Western economies, re-stocking, a return of corporate confidence) but these are not our central expectation.”

In QuotedData’s morning briefing 25 October 2021: Schroder Asia Pacific (SDP) has appointed Julia Goh as an independent non-executive director, with effect from 25 October 2021. She will […]

Schroder AsiaPacific (SDP) has announced its annual results for the year ended 30 September 2020, during which it beat its benchmark by a significant margin and has secured […]

The near £700m market cap Asia fund, Schroder AsiaPacific (SDP) has reported interim results to 31 March 2020. Between them, China and Hong Kong account for nearly 80% […]

Schroder AsiaPacific Fund has announced its final results for the year ended 30 September 2018. Its chairman, Nicholas Smith, says that, during the year, “the Company retained the […]

Schroder Asia Pacific beats benchmark – Schroder AsiaPacific Fund has published its annual report for the year ended 30 September 2017. The NAV total return was +23.2% over the […]

Schroder Asia Pacific reports that its net asset value produced a total return of 40.9% compared to the benchmark (MSCI All Countries Asia ex Japan) total return of 36.6% and […]