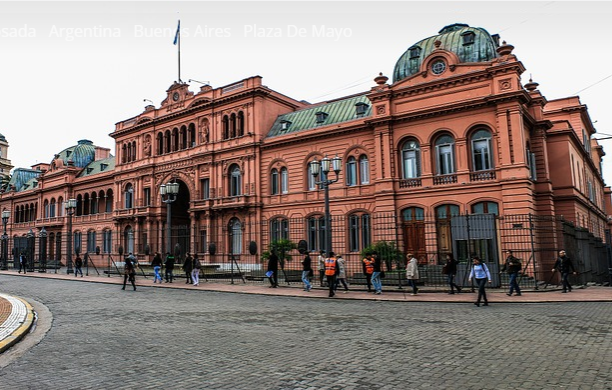 Unloved markets hold back BlackRock Frontiers – BlackRock Frontier Markets underperformed its benchmark over the year ended 30 September 2019, returning, in US dollars, -1.5% in NAV terms and -6.3% in share price terms against a 0.0% return for the benchmark and a 5.9% return for the MSCI Frontier Markets Index. The dividend is 7.75 cents (+4.7%).

The chairman’s statement says that “A significant sell-off in frontier market assets occurred in Q4 2018. However, markets gained some ground back in Q1 2019. Country-specific political uncertainty also negatively impacted the performance of some of the portfolio’s larger exposures during the period; most notably in Argentina where the outcome of the Presidential elections saw the local market fall substantially.”

The managers describe the year as frustrating. Generally, stocks just got cheaper – “whilst earnings growth has been strong in many markets, overall market performance has been held back by a
general de-rating in valuation multiples.”

“Investments in Greece proved the benefits of a patient approach during the year. After falling nearly 40% during the first quarter of the year, our holding in National Bank of Greece subsequently rose more than 150% to become the largest single stock contributor to performance. The positive performance came as the bank showed substantial progress in reducing exposure to defaulted loans. We made a particularly timely switch between Alpha Bank and National Bank of Greece during the year recognising the substantial differentiation in provision coverage between the two banks, which was subsequently reflected in very differentiated share price performance.

Our patience was also repaid in Vietnam, where holdings in Mobile World (+32%) and FPT (+37%) both showed very strong performance after an unremarkable 2018 (both +9%). The Company has held both of these names for nearly 5 years. Mobile World has been a phenomenal success story. The company started life retailing mobile phones and has expanded from this into wider consumer electronics and for the last couple of years has entered the supermarket space. Whilst this remains a daunting challenge, the extent of white goods space in a country as underpenetrated as Vietnam is enviable. FPT a digital technology company, offers similar long-term growth potential.

Positions in Indonesia rose following the re-election of Joko Widodo as President. He is expected to continue to follow market friendly policies and continue the reform path initiated during his first administration. Our position in Semen Indonesia, a building materials manufacturer, (+23%) rose as
the company announced a takeover of rival Holcim Indonesia, which is expected to have a substantial beneficial impact on future margins. Mitra Adiperkasa, a clothing and speciality retailer (+29%), rose as the company reported strong same store sales growth and improved margins through the year.

Frontier Markets is a volatile universe. This means that opportunities are frequently presented to an active manager to trade mis-priced stocks. The last year was no different in this respect. One such example included Thai Beverage (+31%), which we were able to buy at very attractive levels in Q4 2018. Having historically been able to take market share from multinational peers in Thailand, the company bought a majority stake in Sabeco, a previously state-owned Vietnamese brewer, with the intention of repeating this strategy. However, the stock sold off substantially post acquisition on market fears that the company had overpaid for the acquisition. As at September 2019, the stock was trading at almost exactly the same price as it had been two years previously in September 2017.

AirArabia (+30%) is another very similar example, where again the stock was trading at a similar price to two years ago as at the end of September 2019. Here, the sell-off was perhaps more justified as the company had to write off substantial portions of its investment book in connection with the downfall of Abraaj group, a Middle Eastern private equity group. Although raising some questions around management judgement, the write off had no impact on company operations, which have continued to show very strong growth as the company has taken market share across the Middle East.

The example of Argentina reinforces our belief in the importance of diversification. Our expectation was that Mr Macri had a good chance to win a second term in the Argentine elections. If he had been able to, we believe that this would have given Argentina the best hope of economic normalisation that we have seen in our lifetimes. However, this view proved incorrect, Mr Macri performed surprisingly poorly in the primary elections which correctly foresaw the outcome of the October elections, which were won by Alberto Fernandez, returning the country to Peronist rule. The Argentine market fell more than 50% on the day following this election. This was the 2nd largest USD single day fall that any country index anywhere in the world has seen over the last 60 years. Hence, our holdings in Energy company YPF (-39%) and Energy Utility Pampa Energia (-62%) detracted from returns.

Our position in telecommunications company, Telecom Malaysia (+26%), contributed well to returns as the stock bounced from a very low valuation. We have since exited the position. Overall performance in Malaysia was disappointing during the year. Our holding in British American Tobacco Malaysia (-49%) hurt returns, following disappointing earnings results which saw higher costs and a larger than expected decline in the legal tobacco market. An expected government crackdown on the illegal market has failed to impact on illicit volumes as expected.

Other disappointing stocks in the portfolio included Alior Bank in Poland, which fell 43% during the year as the company reported a substantial deterioration in its asset quality. We have subsequently exited the position as we believe that the company still has insufficient provisions on its balance
sheet.”

Major Tencent shareholder Prosus to buy up to 45.4% in parent Naspers

The boards of Amsterdam-based Prosus and Naspers have announced that Prosus intends to acquire up to 45.4% of shares in Naspers, its South Africa-based parent company. Prosus owns a 28.9% stake […]

We have just published a note on Aberdeen Emerging Markets Investment Company, following a meeting with its managers, and our guest on this week’s news show was Ross […]

Mobius Investment Trust (MMIT) has announced its annual results for the year ended 30 November 2020 (its second year of operations), during which MMIT provided strong NAV and […]