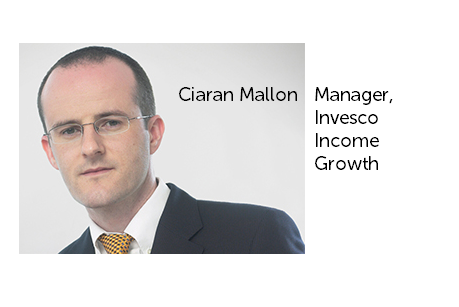 While the directors believe that shareholders want the company to keep going, the persistently wide discount might suggest otherwise. The board thinks it best to “give the shareholders the opportunity to confirm their
support for the company’s continuation“, or not as the case may be.

The directors intend to vote their shares in favour of continuation and will be recommending to other shareholders to do likewise.

The board also said that “it has reached this determination after careful consideration with its financial advisor and having taken into account shareholder views. The board wishes to affirm its continued faith in Invesco’s management of the company and hopes that the discount will continue to narrow from recent highs on the back of the current improved investment performance and greater interest by investors in the UK stock market, together with any other actions the board may decide to take.”

[QD comment: The worry might be that the statement draws the interest of arbitrageurs seeking to buy the shares at a discount and then profit by winding the company up and getting their money back at asset value. There have always been questions as to why Invesco ran three (four if you include Keystone) pretty similar funds. rather than looking to merge them. The loss of Edinburgh to Majedie leaves Invesco Income Growth sitting alongside Perpetual Income & Growth. It wasn’t up to Invesco to merge the funds, however, and consolidation didn’t need to happen just within the invesco stable. The boards needed to determine whether there was greater strength in size. This board seems determined to plough on alone, however.

Invesco Income Growth now sits on the widest discount of any fund in its peer group. With a market cap of £172m, it could make an attractive merger partner.]

QuotedData’s weekly news show 4 December 2020 Thank you to everyone that listened in today, whether you watched the Zoom live, on Facebook or on youtube. In this […]

Invesco Income Growth (IVI) has announced its results for the year ended 31 March 2020, a year that its manager has described as being a volatile one for […]

Invesco Income Growth reports that the total return on net asset value over the half year to 30 September 2016 was 9.1%, it was a little behind their benchmark, which […]