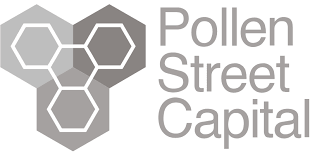 Pollen Street Secured Lending (PSSL) is in talks with Waterfall Asset Management over a £675m takeover.

PSSL has also announced it has axed its investment management agreement due to governance issues.

The possible cash offer for PSSL, which invests in corporate loans and peer-to-peer debt, is at 900 pence per share, representing an 8.7% premium to Monday’s closing share price of 828 pence.

PSSL’s board said it was minded to recommend the offer, which was made on 8 January 2020. Waterfall has received an irrevocable undertaking from Invesco, the investment trust’s largest shareholder, to support the offer, the firms said in a statement.

PSSL’s board also said it was terminating the agreement of investment manager Lindsey McMurray, the chief executive of private equity firm Pollen Street Capital, “in light of what the board considers to be, and has been advised are serious, repeated and ongoing breaches of the manager’s obligations”.

The PSSL board said the investment manager did not provide it with sufficient information for Waterfall to carry out due diligence and published information about the company’s dividend without its approval.

Pollen Street has responded quite robustly – read their statement here

[Well this is fun – if you are a Pollen Street Secured Lending shareholder it might be worth waiting to see how this plays out. It might be that someone else throws their hat in the ring at a higher price. It is not clear to us why the board felt that a takeover at a 4.8% discount was preferable to say a liquidation at NAV less costs (of even if they considered that option). Having Invesco’s stake in their pocket puts Waterfall in a strong position, however. You can’t help but feel for the managers, who seem to have done a reasonable job of putting the company back on an even keel, albeit that returns were a lot less than were promised at the IPO.]

In QuotedData’s morning briefing 16 March 2021: Hipgnosis plans to publish additional financial information which will help investors understand the underlying performance of its portfolio of songs. At the […]

In QuotedData’s morning briefing 3 November 2020 Finally, Waterfall has made its offer to investors in Alternative Credit Investments (ex P2P/Pollen Street Secured Lending). The bid is at 870p […]

In QuotedData’s morning briefing 20 October 2020 Hg Capital has made a further investment in The Access Group. £38.8m of this is coming from the trust and other institutional […]

Pollen Street saga continues – Yesterday, Pollen Street Secured Lending’s board published a press release in which it rebuffed the merger proposal from Honeycomb. It also said that it […]