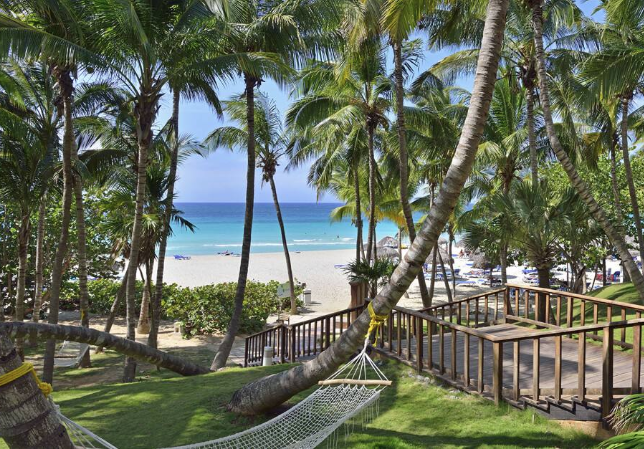 Ceiba Investments (CBA) has provided an update to the market in light of the COVID-19 pandemic. It says that, in the first two months of the current financial year, there was no material COVID-19 impact on its operations, trading and investments. However, as of March 2020 hotel reservations for the year started to be affected by cancellations and decreasing flights to the Cuba, and the construction of the 400 room hotel in Trinidad, Cuba, experienced delays resulting from reduced construction imports from Europe. In light of this, CBA’s board has decided to change the company’s dividend policy and it will not to declare a year-end dividend in respect of the 2019 financial year.

CBA says that its balance sheet is strong and remains debt free and the operational Cuban joint venture companies in which it holds interests are well positioned to navigate the COVID-19 pandemic. The cash position of the Company at holding level as at 31 March 2020 was in excess of US$9 million.

However, the expected decrease in dividend income from the Cuban joint venture companies Miramar and Monte Barreto, in combination with the ongoing finance and investment requirements of TosCuba to construct the Trinidad hotel, have made it necessary to take several actions in order to safeguard the financial resources of the Company and ensure its future.

Update on the dividend

While CBA will not be paying a dividend of 2019, the Board hopes to re-consider this for the year ending 31 December 2020. However, this will depend on the length and severity of business disruption and the outlook for the remainder of the year. The Board will inform shareholders on their decision on whether to distribute a dividend in 2021 at the time of the announcement of the 2020 year-end results.

CBA says that its current main concern, beyond employee welfare and safety, is the impact of the COVID-19 pandemic on the Company.  To mitigate the effects of the pandemic and continue to carry out its investment plans the Board has, amongst others, made the following decisions:

CBA says that the operations of Inmobiliaria Monte Barreto S.A. (Monte Barreto), the owner and operator of the Miramar Trade Centre office complex in which the Company has a 49% interest, do not appear to be materially impacted. Only a limited number of tenants of Monte Barreto are airlines, travel agencies and other tourism related companies that have suffered an instant loss of income. CBA says that Monte Barreto also has no debt financing and a cash balance in excess of US$10 million, which would allow it to operate without income for an extended period of time if it were to become necessary. However, the general liquidity situation in Cuba may have a negative effect on the ability of Monte Barreto to distribute dividends to its shareholders, including CEIBA.

Update on Hotel Investments in Havana and Varadero

As a direct result of the measures announced by the Cuban government on 20 March 2020, Miramar S.A. (Miramar), the Cuban joint venture company in which CEIBA has a 32.5% interest, which owns and operates one hotel in Havana and three hotels in Varadero, Cuba’s principal beach resort destination, is temporarily closing its hotels and substantially decreasing its workforce. CBA says that Miramar has no debt financing and a cash balance in excess of US$40 million, which allows Miramar to operate without income for an extended period of time. However, the closing of the hotels will clearly have a negative effect on the results of Miramar and its ability to distribute dividends to its shareholders, including CEIBA.

Update on the Hotel Investment in Trinidad, Cuba

In March 2020, the Italian-Cuban partnership that is constructing the 400-room beachfront hotel in Trinidad, Cuba, informed TosCuba S.A. (“TosCuba”), the Cuban joint venture company in which the Company has a 40% interest that the construction will be affected by the COVID-19 pandemic and will suffer delays. In parallel, CEIBA is presently in discussions with TosCuba to substantially lower the capital expenditure on the construction until there is greater certainty around the repatriation of dividends from Miramar and Monte Barreto. It says that this will inevitably extend the time-line and disbursement schedule of the construction. It will look to set a new completion date of the turn-key construction contract.  Further information will be provided when there is greater clarity on the development.

As at 1 April 2020, the Company is owed €1,716,667 in a finance facility secured by offshore income from hotels in Cuba. Payment of the outstanding amount is scheduled to take place in three monthly installments ending on 30 June 2021, but this schedule will now likely be re-negotiated and the final payment date extended.

In its announcement, CBA has said that, given the unprecedented levels of uncertainty at this time and the lack of clarity on the duration of business interruption, all previous guidance on the Company’s future performance is being withdrawn. An update will be provided once there is greater certainty on the trading environment and the impact of COVID-19 on the Company and its operations and investments in Cuba. Nonetheless, the Board remains confident in the long-term strong business fundamentals of the Company.

The Company expects to issue its results for the year ended 31 December 2019 towards the end of April 2020 and not to seek temporary relief as offered by the Financial Conduct Authority on 26 March 2020. The AGM is still planned for 19 June 2020.

CBA says that, while Cuba is not escaping the impact of the COVID-19 pandemic (with some 170 plus confirmed cases and 4 deaths as at 1 April 2020), so far it is playing a remarkably positive role in the global health crisis. On 18 March 2020, Cuba allowed the British cruise ship, the MS Braemar, with at least five confirmed cases of coronavirus on board and 52 other passengers with symptoms, to dock at the Cuban port of Mariel and allow its 600, mainly British, passengers to board flights to the United Kingdom the same day. In addition, Cuba has sent hundreds of doctors to Italy, Brazil, Jamaica, Belize and other hard-hit countries, and the Cuban drug known as “Recombinant Human Interferon Alpha 2B” seems so far to be one of the more effective weapons against the COVID-19 virus. On 20 March 2020, Cuba announced a set of measures aimed at controlling the spread of COVID-19 within its national territory, which included border restrictions, and stopping the entry of tourists.

[QD comment: CEIBA would appear to be quite well positioned to weather the COVID-19 storm. This is perhaps not so surprising given that the managers are used to operating in a jurisdiction that is not straightforward and they need to keep enough in reserve to allow them to negotiate difficult periods that will come alonmg from time to time. Income will be lost in the near term as the hotels are closed, and development projects will have to slow down or maybe stop for a while. The immediate consequence is that the 2019 dividend has been cancelled. However, CBA and the underlying operations appear to be well capitalised so, while some short term mothballing is required, they should be able to keep ticking over and resume their activities as the world re-opens for business].

CEIBA Investments (CBA), the real estate company focused on Cuba, has reported a slight increase in its net asset value (NAV) in full year results to the end of December 2019. The company, which owns four hotels and an office complex in the Caribbean island, saw its NAV per share increase to $1.50 from $1.49 […]