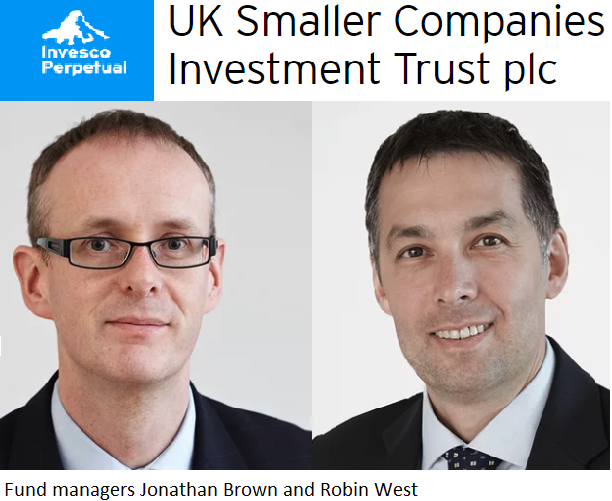 To give some context, the year under review was a positive one for global stock markets, having been softer the previous year. During the year, central banks resumed monetary easing, there were moves towards a resolution to the US-China trade dispute and, in the UK, a decisive election result provided some much needed clarity and gave rise to the “Boris bounce” in markets. The manger says that, while activity data for the UK economy remained weak, there was a distinct pick-up in a number of forward-looking indicators at the end of the period. The manger says that, during the year, positive contributions came from the Media, Support Services and Technology sectors, while the portfolio’s exposure to the Consumer Goods sector negatively affected performance.

Dividend and dividend policy – in the light of covid-19

In 2015, IPU’s board committed to pay out all income earned within the portfolio and to enhance it annually through the use of a small amount of realised capital profits. This significantly increased the annual dividend level to an initial yield target of 4% (based on the then prevailing share price) and from 2016 onwards, in normal circumstances, the 4% target yield has been calculated on the year end share price. However, since mid-February 2020 and as a result of COVID-19, the outlook for many UK smaller companies has changed from paying out excess cash by way of dividends to conserving cash in order to survive. In light of this, and the significant fall in IPU’s NAV and share price since the year end, the is proposing a final dividend of 7.35p to bring the total dividend paid for the year to 18.6p, keeping it in line with the total dividend paid out for the previous year. This represents all of the available revenue earned by the Company’s portfolio over the year, together with 8.47p from realised capital profits. This amount is lower than had the total dividend been calculated using the target yield based on the 31 January 2020 share price, but the Board believes this is prudent in the current circumstances.

Looking forward to the financial year ending 31 January 2021, the board says that it believes that targeting a dividend yield of 4% of the year end share price is no longer appropriate in these circumstances, since it might require a material distribution out of capital. It is therefore removing the 4% target yield but IPU will continue its policy to distribute all available revenue generated by the portfolio, together with an amount from realised capital profits. It says that, in aggregate this will not be less than 2% of the Company’s 31 January 2021 share price with the aim that the Company returns to delivering a higher yield than its UK Smaller Company investment trust peers once the impact of COVID-19 has abated.

The manager says that, at the individual stock level, the best performers included:

IPU’s manager says that the previously downbeat prospects for the global economy are currently being compounded by stringent actions put in place to limit the spread of the Coronavirus. While the health impact will hopefully be limited, the disruption caused to economic activity and therefore company profitability will be severe. He says that, while IPU always aim to be invested in businesses with strong balance sheets and sustainable business models, even these companies will have to take drastic action to ensure they emerge from this crisis intact.

However dire the current predicament, there are already investment opportunities emerging. Company valuations are approaching historic lows and the massive monetary easing currently underway will ultimately provide a strong impetus to the equity market. Weaker companies will fail, thereby providing some growth opportunities in time for stronger businesses. He intends to be ready to invest in companies such as these when the time is right.

The manager has spoken to many of the businesses within the portfolio and assessed their ability to withstand a sustained period of weak trading. The manager’s policy of avoiding companies with weak balance sheets and fragile business models means that in the vast majority of cases the companies IPU owns should be in a solid financial position when we finally exit lockdown, in the manager’s view. He says that, where such businesses become financially stretched or have an opportunity to invest for growth, he will consider supplying them with the capital they need.

Tetragon Financial’s investor day on Wednesday 29 April 2020 has been cancelled in light of the current restrictions. However, it will host a conference call for investors on […]

In QuotedData’s other news 15 October 2019 – AVI Japan Opportunity announced that it has increased its 364 day, 1.465bn Yen unsecured revolving credit facility with Scotiabank Europe by […]

IP Group-backed Genomics raises £25m in a Series B

Invesco Perpetual UK Smaller Companies has announced its annual results for the year ended 31 January 2017. During the period, the company provided an NAV total return of […]

F&C Managed Portfolio reports that, for the company’s financial year to 31 May 2016, the NAV total return (i.e. adding dividends paid to capital performance) was -4.8% for […]

Invesco Perpetual UK Smaller Companies says, for the year ended 31 January 2016 the net asset value rose by 10.9%, on a total return basis, an outperformance of 7.1% […]

UK small-caps has emerged as the stand-out sector for investment trusts in Q2 2015, according to statistics from QuotedData. The report, published 16 June, showed that UK smaller […]