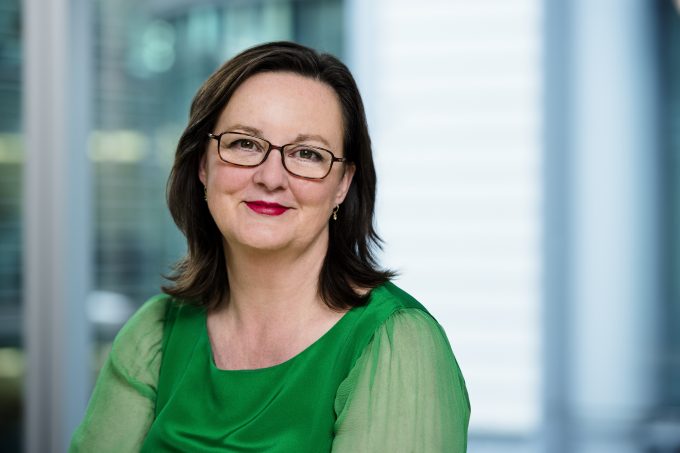 SQN manager reshuffle – SQN Asset Finance Income has announced a change of manager. The management team is leaving SQN (which will now focus on its insurance business) and is moving to an Icelandic bank, Kvika Banki. The new manager will be called KKV Investment Management and it will be headed up by Dawn Kendall (the lead manager on SQN Secured Income Fund) and Ariel Vegoda (until recently SQN’s in-house legal counsel).

The continuation vote that was planned for this November will now be held in June. While the initial focus will be on getting borrowers through the COVID-19 crisis, for a year afterwards, any cash generated by the ordinary or C share portfolios will be handed back to shareholders. Then there will be another vote on each share class in June 2021. If one of these classes survives the second continuation vote, the fund will keep going but with a revised investment approach.

The focus on senior secured lending to small and medium sized enterprises (SMEs) will be retained. The focus will be on managing the downside risk, seeking to invest in non-cyclical businesses which are defensive in all market environments. The new manager will have access to the lending expertise of Kvika Group to assist with credit analysis, infrastructure and governance.

Same as the old structure (1.0% on the first £300m, 0.9% on the next £200m and 0.8% thereafter) unless the continuation vote fails. In that case there will be a new wind up fee – Stage 1 assets charged at 1.0% and Stage 2 and 3 assets charged at 0.75% plus a 10% performance fee on any gains. Stage 1, 2 and 3 are terms defined by a new accounting standard, IFRS9. Stage 1 relates to assets where the credit risk has not increased significantly since first acquired. Stage 2 is for assets where the credit risk has increased significantly and Stage 3 is for assets where there has been some form of credit impairment. The total fees are capped at 1% of NAV in each year and excess performance fees can be carried forward.

5% of the fees that KKV is paid will be used to buy shares in SQN Asset Finance Income.

SQN Capital will provide consultancy services to the new firm for 12 months free of charge. There will be no duplication of fees following the handover of the management contract.

The fund will be renamed KKV Secured Loan Fund – KKVL for the ordinary shares and KKVX for the C shares – that change is subject to shareholder approval.

Dawn Kendall, managing director and co-founder, KKV – Dawn has 34 years’ experience in financial services, including 25 years’ experience managing fixed income portfolios at distinguished financial institutions, including her role as partner and portfolio manager at TwentyFour Asset Management, as CIO for IAM, a fund of hedge funds, and portfolio manager for The Codelouf Trust, a family office. Additionally, Dawn has held senior investment and management positions at Newton, Axa (Architas) and Investec Wealth. Her areas of specialism are fixed income portfolio management for private and public debt, structured finance, product development and derivatives. Since 2017, in her capacity as investment manager, she has led the successful turnaround of the SME Loan Fund which became the SQN Secured Income Fund plc. Dawn has a degree in European & English Law and earned her MBA in 2004.

Ariel Vegoda, managing director and co-founder, KKV – Ariel is a qualified lawyer and an operational expert with over a decade’s experience of transaction negotiation, deal execution and complex work outs of transactions. Alongside that, he is also a highly skilled litigator having specialised in commercial litigation, asset recovery and dispute resolution whilst at Mischon de Reya, prior to assuming the role of general counsel of SQN UK in 2015 and the additional role of chief operating officer of SQN UK in 2019. In this role, Ariel Vegoda has been heavily involved in assisting with work out situations in the company’s portfolio.

“The board has consulted with a range of major shareholders to gain their feedback on the strategic review. While it was not possible to speak with all shareholders, and there was a range of views received, these proposals reflect the majority of the shareholder feedback.”

SQN Asset Finance Income has tested the patience of its shareholders beyond breaking point and a change of manager was inevitable. Moving the SQN team to another manager and changing the name sounds like the sort of cosmetic exercise that would be unlikely to satisfy investors. However, the change of leadership at the top should be welcomed. In our experience, Dawn is a relatively safe pair of hands – steering the sister fund, SQN Secured Finance through a difficult transition from a peer-to-peer lending fund to a direct lending one. We think it likely that the two funds will merge, if what is now SQN Asset Finance Income survives. The 2021 continuation vote gives investors the ability to give the new setup the benefit of the doubt for a year. That seems like a sensible option to us.

SQN Asset Finance sets out plan for future – On 30 April 2020, SQN Asset Finance Income announced that it would bring forward the triennial continuation vote from November 2020 and propose separate continuation resolutions for each share class. Here comes the detail. Summary of the Proposals (a) Proposed Ordinary Class Continuation Vote If the Ordinary […]

In QuotedData’s morning briefing 30 April 2020, as Shell cuts its dividend for the first time since the Second World War: Yellow Cake has extended its $2m buyback programme to 21 July. $985,868 has been deployed so far – about half. Urban Logistics REIT has spent £47m of the £136m it raised in March buying seven […]

In QuotedData’s other news 5 March 2020 Sirius Real Estate has secured €50m funding through a Schuldschein loan offering a blended interest rate of 1.60%, with an average maturity of 3.7 years. Urban Logistics REIT has topped up the £130m it raised the other day with a further £6.1m from its open offer and offer for subscription. […]