New Thai board gets tough after poor year 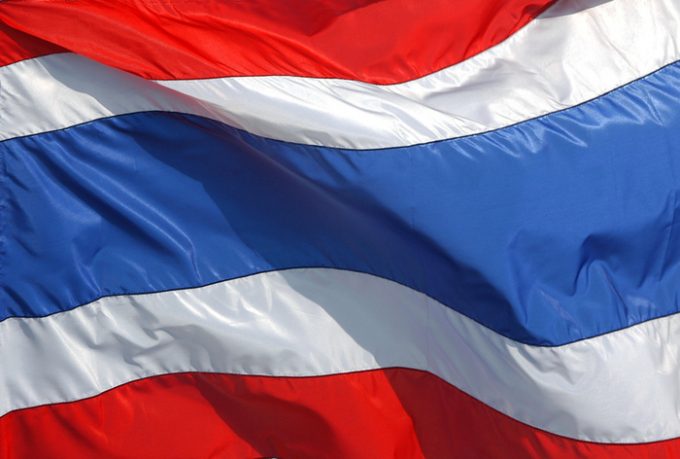 New Thai board gets tough after poor year – Aberdeen New Thai underperformed its benchmark over the year to the end of February 2020, posting a -16.6% return on NAV versus a -12.8% return on the Stock Exchange of Thailand. A widening discount left investors with a -18.7% return on their shares. The dividend was increased by a penny to 19p.

The trust had some gearing going into the covid-19 crisis (£10m of its £15m loan facility was drawn down).

The statement comments on the trust’s underperformance and says that there have been changes to the investment management team running the trust: “Orsen Karnburisudthi, the manager’s head of equities – Thailand, has primary responsibility for the company’s portfolio following the departure of Adithep Vanabriksha, CIO of Aberdeen Standard Investments Thailand in December 2019. The board is pleased to report that the investment manager has recently recruited two experienced analysts to the team who work under Orsen’s direction, further supported by the resources of the manager’s Asia-Pacific headquarters in Singapore. The investment process largely remains unchanged, although a sector specialist approach, with enhanced ESG integration, and an increased focus on the portfolio construction process, has been evolving and, with these refinements, the reinvigorated team remains concentrated on improving performance for our shareholders.”

“The board is committed to providing shareholders with a strong investment proposition with the objective of delivering relative outperformance of the fund’s benchmark over the long term. To that end, it keeps investment performance under constant review. However, if performance over the next three years to 28 February 2023 has not shown outperformance of the benchmark, the board will undertake a full review of the company’s investment management arrangements which may include, but is not limited to, an option for shareholders to redeem shares for cash.” Investors already get a continuation vote if the average discount exceeds 15% over the 12 weeks running up to the company’s financial year end (this wasn’t an issue this year – the average discount was 13.4%). Single country funds such as Aberdeen New Thai are fighting for attention versus index-tracking funds. Beating the index by a reasonable margin over the medium-term is a minimum target. Amongst other things, the trust also needs to be reasonably liquid and fees have to be competitive.

The fee has been changed so that, instead of being calculated on net assets, it is based on market capitalisation. The rate stays at 0.9% but, because the manager can earn more when the trust trades at a premium, it is capped at 1.15%. This is unusual – in fact we cannot recall a similar structure – the usual practice in these cases is to base the fee on the lower of market cap or net assets.

“The portfolio’s underperformance was largely due to its holdings in the resources sector, and more specifically, in Banpu Public and its unit Banpu Power. Banpu Public, which has large coal reserves in Indonesia, China and Australia, was hurt by weaker product prices. Banpu Power, a major subsidiary that operates both conventional and renewable power generation businesses, was meanwhile affected by a power plant outage due to an earthquake in Laos last November. We favour Banpu Power for its plans to invest in cleaner energy resources, but are monitoring its near term operational performance.

Automotive-related holdings also under-performed due to a cyclical downturn in domestic car sales and exports, following a buoyant 2018. Among these was Thai Stanley, which makes lamps and design moulds for use in vehicles, and has a dominant position in both cars and motorcycles. Its earnings remained resilient, despite the challenging conditions for the industry which knocked its share price. We retain confidence in the company, given its scale and management’s expertise.

The Company’s agricultural and food holdings delivered strong returns over the period. In particular, Osotspa, which makes beverages and personal care products, benefited from resilience in energy drinks that bucked the overall weakness in consumption. Management’s forecast for 2020 remains cautiously optimistic with growth in sales and profits, and the group, which has already widened its profit margins, has room to improve this still further from various efficiency initiatives, and increase market share amid the uncertainties from COVID-19. Meanwhile, soft drink producer Haad Thip enjoyed good growth due to the exceptionally warm weather. The stock appears relatively cheap, and provides good dividends. We favour both holdings due to their defensive characteristics in these difficult markets.

The property and construction sector, which makes up a significant proportion of the portfolio, fared well too. In particular, Tesco Lotus Retail Growth, a high quality property fund that is well diversified with 23 assets, delivered robust returns. It rallied on declining bond yields and resilient performance, though news of Tesco’s plan to divest its business in Thailand erased some gains in recent months. We believe the recent change in ownership to CP All could help drive the business forward, given the REIT’s complementary nature to CP All’s existing franchises.”

ANW : New Thai board gets tough after poor year

Over 70% of Aberdeen New Thai shares opted for cash

QuotedData’s weekly news show 06 August 2021 Thank you to everyone that listened in today, whether you watched the Zoom live, on Facebook or on Youtube. In this […]

Aberdeen Emerging Markets (AEMC) and Aberdeen New Thai (ANW) have announced a comprehensive set of proposals that, in the case of AEMC will see it change its investment […]

Aberdeen New Thai’s net asset value rose by 26.5% on a total return basis to 600.2p, compared to the sterling-adjusted gain for the benchmark, the Stock Exchange of Thailand Index, […]

In QuotedData’s morning briefing 7 May 2020. As IAG (parent company of British Airways) says it does not expect to see 2019’s level of passenger demand for flights again until 2023 and BT suspends its dividend for the previous and current financial year – dealing another blow to UK equity income investors: Origo Partners says that […]