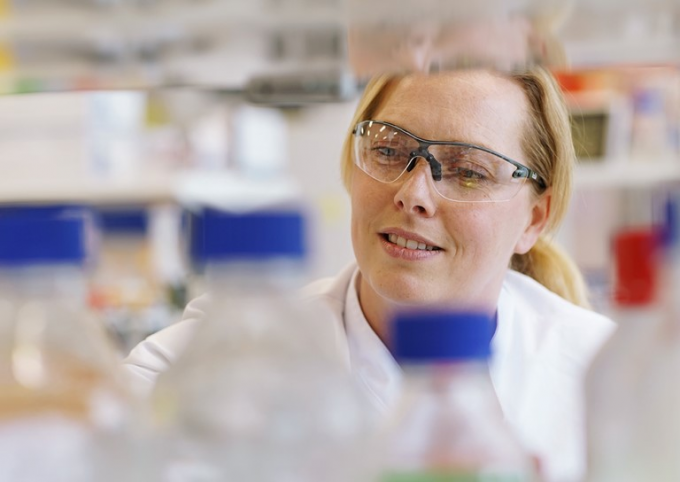 The money freed up by these sales helped push Syncona’s pool of available capital to £767m by 31 March 2020. They expect to deploy between £150m and £250m for the 2020/21 financial year, based on whether portfolio companies can access third-party capital.

Syncona donates a percentage of its NAV to charity each year (£31.7m since 2012), split between The Syncona Foundation and The Institute of Cancer Research. The board has decided to increase Syncona’s charitable donation by 0.05% a year to 0.35% for the 2019/20 financial year and the two following years. The increase will go to The Syncona Foundation and allows it to increase its capacity to support its network of charities. In line with the increase, the cap on the fee payable to the investment management company will reduce from 1.1% to to 1.05%. The Syncona Foundation has historically supported a range of other charities, the majority of which focus on seeking treatments for or supporting patients with disease and particularly cancer. It sees significant needs in many other areas including degenerative neurological diseases such as Dementia and Alzheimer’s and is considering how it can help out patients in these areas. After 2022 donations, all Syncona’s charitable donations will be managed through the foundation.

Syncona completed six significant financings and deployed £206.4m of capital over the year. It reports that clinical data, from Autolus in its AUTO1 and AUTO3 programmes and Freeline in its haemophilia B programme, was encouraging. Achilles achieved a major milestone of dosing its first patient in melanoma post year end. At 31 March, there were nine active product candidates in clinical trials across the portfolio.

Syncona invested in Azeria, which is focused on developing small molecule therapies designed to treat hormone resistant breast cancer. It pledged £29.5m of a £32.5m fundraise and invested £6.5 million in the first tranche, linking the deployment of further capital to the generation of positive data supporting the core technical premise behind the investment.

Since the year end, Syncona invested $19.6m in the first tranche of a new $51.0m commitment to SwanBio (the largest Series A financing to date). This reflects the work that has already been done to develop manufacturing capabilities, formulate clinical and pipeline strategy and expand operations. In addition, Quell (engineered T-regulatory cells), which is targeting a lead indication in liver transplant and, Anaveon, which is developing a selective IL-2 agonist for oncology applications, nominated their clinical candidates.

COVID-19 has had some impact on clinical trials (as resources are diverted to fight the virus) but Syncona says this is less true in oncology. Pre-clinical work and the development of manufacturing capabilities and supply have largely continued unaffected.

Syncona believes that the Autolus share price decline was driven by concerns relating to manufacturing delays and the company’s decision to discontinue both its AUTO2 programme in multiple myeloma and its AUTO3 programme in paediatric acute lymphoblastic leukaemia (ALL). However, Autolus has decided to progress its lead programme, AUTO1 for the treatment of adult ALL, and since March has received approval for this study. At the recent American Society of Clinical Oncology (ASCO) meeting, Autolus released positive data from their AUTO3 programme for the treatment of DLBCL. AUTO3 is being progressed into an outpatient cohort of patients and the decision to progress to a formal Phase II (pivotal) study will be taken in the third quarter of this calendar year. The company is also presenting at the American Association for Cancer Research (AACR) conference on the AUTO4 sister programme in T cell Lymphoma (AUTO5) and pre-clinical data for its solid tumour programmes (AUTO6 NG and AUTO7).

In 2018, as a result of its ongoing dialogue with the Wellcome Trust, Syncona entered in a collaboration agreement with the University of Edinburgh based on highly innovative research into therapeutic uses of macrophages, a type of immune cell, by world class founder, Professor Stuart Forbes. Since 2018, Syncona has funded this research with a small seed investment of £1.4 million. Over the last 12 months, Syncona has undertaken a detailed assessment of the technology, pre-clinical data generated, the risks and commercial opportunity. Based on this analysis, it now believes there is a differentiated opportunity to found a company targeting the treatment of liver disease and expect to close this investment in the coming weeks.

[In retrospect, Autolus probably came to the market far too early in its life, allowing for investors’ enthusiasm to run ahead of itself and corresponding over-pessimism when the company experienced some setbacks. The gyrations in the Autolus price have overshadowed Syncona’s other successes but they should shine through in time.]

In QuotedData’s morning briefing 11 June 2020: Princess Private Equity confirms that the sale of its stake in European retailer Action has been completed for initial proceeds of €80.9m – this money has been received. Princess is also due deferred consideration of up to a further €9.1m, by no later than June 2023. There is no […]