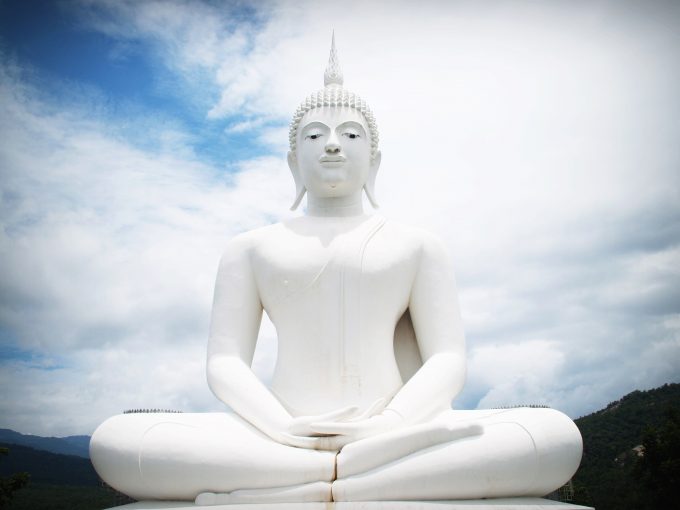 Aberdeen New Dawn positions itself to ride out the storm – Aberdeen New Dawn says that, for the year ended 30 April 2020, its return to shareholders was -8.4%. The NAV return was only marginally behind that of the MSCI All Countries Asia Pacific ex Japan Index benchmark (-5.5% versus -5.2%) but the turmoil associated with the pandemic put pressure on discounts across the board and this trust was not immune. The dividend is being maintained at 4.3p. Dividend cover actually improved, as revenue earnings rose from 4.3p to 4.61p.

The trust’s gearing, while not excessive, did weigh on returns (and by our estimate accounts for all of the underperformance) but the manager did not cut this at the bottom of markets and so has benefited as share prices have recovered.

The chairman says that the manager took advantage of market turmoil to “fine tune” the portfolio, whilst also adopting a more defensive footing.

Extract from the manager’s statement

“In such troubled times, we believe a quality-focused strategy remains the best way to mitigate risk. Hence, we adopted a two-pronged approach to face the uncertainty ahead. First, we sought to enhance the portfolio’s defensive positioning. This involved thoroughly assessing the portfolio to ensure that its holdings comprised companies with healthy balance sheets and cash flows, backed by experienced management. Second, we took advantage of share-price gyrations to add to higher-conviction holdings. We also used the market swings to initiate names that we like but had previously put off buying due to expensive valuations.

Australia was a prime example. Commodity price weakness dampened the resource-heavy market, but the holdings in the portfolio contributed positively to performance, helped by the excellent returns of biotech major CSL, reflecting its dominance in the blood-plasma segment. Furthermore, the company reaffirmed its full-year earnings forecasts in contrast to many of its peers that withdrew theirs.

With valuations at appealing levels, we added several new names to the portfolio. Among these were two technology holdings. Altium develops electronic design software for printed circuit boards, a key component in electronic devices. Xero makes cloud-based accounting software for small and medium-sized businesses. It is cash-generative and has built a good position in its home markets. Its expansion abroad and the structural shift towards the cloud support its long-term outlook. In addition, we established positions in New Zealand-based Auckland International Airport, a tourism-linked stock, and in gaming-machine maker Aristocrat Leisure. While COVID-19 will have a negative impact on Auckland International’s near-term prospects, we believe that the share price has fallen by more than their fundamentals warrant. The airport still holds a near-monopoly position, while passenger traffic will eventually recover. In the meantime, its balance sheet will enable it to weather this tough period. For Aristocrat Leisure, management has invested to help the company maintain its competitive advantage. We think its digital-gaming business is under-appreciated, with several games nearing profitability.

The Company’s core holdings in China and the technology sector delivered noticeable contributions. China was among the most resilient markets in the year, being one of the first to restart economic activity after bearing the initial brunt of the disease. As a result, the Company’s underweight exposure, along with the lack of exposure to Alibaba, proved costly. However, good performance from other mainland holdings offset the negative impact. The Aberdeen Standard SICAV – China A Share Equity Fund, the portfolio’s largest position, was the best performing holding. The A Share Fund holds high-quality, largely domestic-oriented market leaders, which we believe are well-positioned to benefit as the mainland recovers from the virus outbreak. Internet giant Tencent Holdings also outperformed as stay-at-home policies boosted its games and social media offerings. Pharmaceutical contract-research group Wuxi Biologics also fared well as investors gained greater confidence about its business model.

In the technology sector, heavyweights Taiwan Semiconductor Manufacturing Company (“TSMC”) and Samsung Electronics were among the best performing holdings. The pair rallied on a brighter outlook for memory chips, thanks to the faster than expected deployment of 5G networks. They further benefited from a surge in online activity during the lockdowns, which lifted demand for chips used to power laptops and servers. While both flagged weaker earnings ahead, their healthy financial positions offer ample cushions. Their longer-term prospects remain promising, on the back of trends, such as 5G networks and cloud computing. Both companies made progress on environmental, social and governance (“ESG”) issues which further strengthens our investment cases. TSMC’s efforts to improve its water management reflect a commitment to more sustainable production processes. We were also heartened by Samsung’s appointment of its first independent chairman given our engagement on such issues.

Volatile markets provided opportunities to add to the portfolio’s exposure to industry leaders with clear competitive strengths and viable growth drivers. Notably, we are positive about the long-term potential of premium consumption in China, given its more affluent middle class. Meituan Dianping, a new addition, is uniquely placed to exploit this trend. The online services platform’s “super app” caters to a broad range of lifestyle needs. Quicker adoption of e-commerce during the pandemic further buoys its prospects.

At the same time, we like technology and internet companies that are dominant in niche segments. Here, we introduced GDS, one of the top internet data centre providers in China. The expansion of online payments and cloud services should bolster demand for its services, while management is upbeat about boosting capacity. The policy environment looks supportive as well, with Beijing earmarking data centres as a strategic investment.

Outside China, another new technology holding was ASML. It is the world’s sole supplier of extreme ultraviolet lithography machines, which are essential for making the smallest microchips while keeping costs low. The company is Netherlands-based, but generates the bulk of its revenues in Asia, counting Samsung and TSMC among its customers.

In contrast, Hong Kong was a significant area of weakness for the Company. The COVID-19 outbreak further strained an economy that was already reeling from months of political unrest. This had a negative impact on Jardine Strategic Holdings, which was also negatively affected by the challenging conditions facing several of its consumption-oriented regional units, including Indonesia’s Astra International. Amid concerns about the potential for more political and economic instability, we further reduced the Company’s Hong Kong exposure, divesting Hang Lung Properties and Swire Pacific.

Apart from the adjustments above, we reduced other holdings with less certain prospects. Given the evolving crisis, we are sensitive to the shifting dynamics at a macro level that could drag on the Company’s performance. This supported our decision to pare the position in the Aberdeen Standard SICAV – Indian Equity Fund. We were concerned about the outlook for India, given that the virus outbreak was still at an early stage. In the energy sector, we sold Woodside Petroleum on fears that the fall in the oil price would derail its expansion plans. We also reduced the Company’s exposure to banks, exiting HSBC, Public Bank, Standard Chartered and United Overseas Bank. We felt that lower interest rates, weak growth and rising defaults would cast a shadow over the sector.”

[Aberdeen New Dawn has done a reasonable job in difficult times. The shift to a more defensive stance should help its relative performance if we see a second wave or if slowing growth drags down share prices. The trust may not keep pace with a more exuberant market, however.]

ABD : Aberdeen New Dawn positions itself to ride out the storm

abrdn New Dawn (ABD) has published its interim results for the six months ended 31 October 2022. During the period, ABD provided an NAV total return of -12.7%, […]