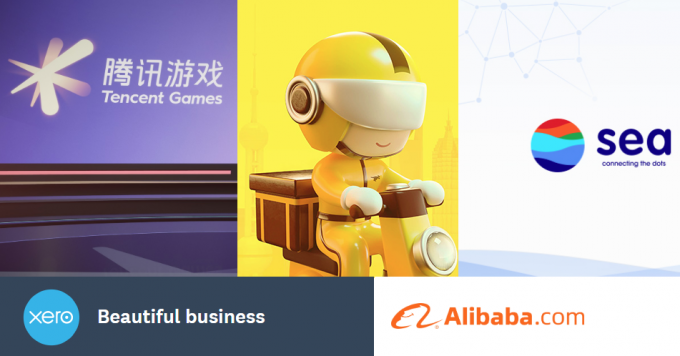 One of the things that caught my eye in this morning’s BBC news was a photo of Mark Zuckerburg, looking rather smug, captioned “Facebook founder sees wealth hit $100bn after TikTok rival launch”. Apparently, Instagram Reels is set to capture the short-form video market from TikTok (no doubt helped enormously if Trump succeeds in banning TikTok from the US). In other news, Tencent’s shares briefly dived by 10% after Trump said he would also ban WeChat (even though its US business is relatively small).

The technology sector has been a standout winner this year as investors seek out companies that can thrive in spite of the economic pressures of COVID-19. Many software and hardware companies have cited the growth in home working as a driver of revenue growth over the last few months.

On a geographical basis, the highest rising stock market is China’s, and especially its domestic A share market. In part, this reflects China’s success in tackling COVID-19.

What stood out to me though was Polar’s much more geographically diversified portfolio – 70.7% of it is in the US and Canada versus 90% for Allianz Technology. To me, that feels like common sense. Yes, the US has dominated the tech space for many years but tech companies, especially software based tech companies, are global in nature. If they have a good idea, it doesn’t matter where they are based, they can sell their product anywhere (politics permitting).

A good example of this, which came up when I was writing a note about Aberdeen New Dawn, is Xero, the New Zealand-based accounting technology company. It has a great product, doesn’t need to be physically present in a market to sell its technology and consequently is expanding fairly rapidly. These Software as a Service (SaaS) business are booming as the cost of cloud computing falls. This is what attracted James Thom – Aberdeen New Dawn’s manager – to it.

Another stock that he has picked up for that fund is Meituan Dianping. It is a food delivery business in China. It dominates its local market for restaurant deliveries (the equivalent of Deliveroo) and is growing its grocery delivery business (the equivalent of Ocado). I knew it was a multiple of the size of its nearest global competitor but, when I went searching for stats, an inquiry along the lines of “largest food delivery companies” only returned US names. It is a similar story in many other categories.

I do wonder whether the US has deluded itself to believe that it has an unassailable lead in the global technology market. By trying to push China’s technology companies out of its market, it may be doing more harm to itself than good.

Chinese firms have a far larger domestic market to go after and China’s consumers are becoming more affluent. In addition, a global technology market polarised between those in the US camp and those in China’s camp could end up being skewed in China’s favour. For example, the UK and Australia may have joined the US in banning Huawei from their telecoms infrastructure but most of the rest of the world is still open to it.

Whether or not the US/China war of words rumbles on beyond the election, the next set of global winners may not originate in either country. For example, one of the best performing large technology stocks this year has been Sea Limited, a Singaporean consumer internet company that for now, is focused on South East Asia and Taiwan but whose ambitions are global. That’s why Polar’s greater geographic diversification makes sense to me.

JPMorgan Russian narrowly avoids need for tender – JPMorgan Russian Securities has published results for the 12-month period ended 31 October 2021. Over that period, the return on a net assets basis was +61.0%, and +65.8%, on a return to shareholder basis – good but underperforming the company’s benchmark by 9.3% and 4.5% respectively. The dividend […]

India Capital Growth (IGC) has announced its annual results for the year ended 31 December 2020, during which it says that, in the second half of 2020, after the changes to the investment process and investment team came into effect, it benefitted from significantly improved performance. In 2020 as a whole, IGC’s NAV rose 10.4%, […]

Over its full-year, to 31 July 2020, Fidelity Asian Values (FAS) delivered a total NAV return of (16.7%) and a share price total return of (24.8%). In doing so, FAS underperformed the 2.7% delivered by its comparative index, the MSCI all countries Asia ex-Japan small-cap index. FAS’s manager, Nitin Bajaj, deploys a value approach geared […]

JPMorgan Global Growth & Income (JGGI) has announced its annual results for the year ended 30 June 2020, during which stock selection drove the company’s outperformance of its benchmark. During the year, JGGI provided an NAV total return of +6.0%, outperforming its benchmark, the MSCI AC World Index expressed in sterling terms, which returned +5.2%. […]

Aberdeen New Dawn positions itself to ride out the storm – Aberdeen New Dawn says that, for the year ended 30 April 2020, its return to shareholders was -8.4%. The NAV return was only marginally behind that of the MSCI All Countries Asia Pacific ex Japan Index benchmark (-5.5% versus -5.2%) but the turmoil associated with […]

VinaCapital Vietnam Opportunity Fund (VOF) has announced its annual results for the year ended 30 June 2019. The Chairman, Steven Bates, says that over the course of VOF’s financial year, the stock market in Vietnam had something of a roller coaster ride, rising at first and then falling in line with global markets in the […]

Herald Investment Trust (HRI) has announced results for the year ended 31 December 2018. During the year, HRI’s NAV fell by 4.9%, while its share price fell by 8.2%, reflecting a widening of the discount during the period. HRI says that this compares against a fall in the Numis Smaller Companies Index plus AIM (ex. […]