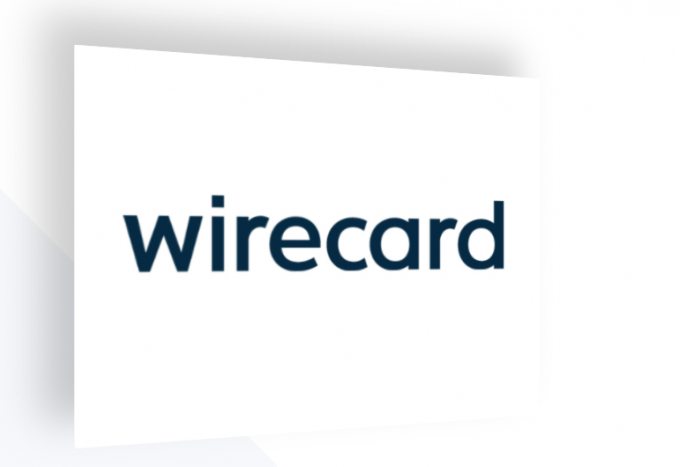 European Opportunities talks about Wirecard – European Opportunities Trust has published results for the year ended 31 May 2020. The trust beat its benchmark, returning 0.1% against -1.9% for the MSCI Europe. However, a widening of the discount left shareholders with a return of -6.9%. In many ways though, all the ‘excitement’ happened after the year end as Wirecard blew up, triggering a 7.5% fall in the NAV between 1 June 2020 and 31 August 2020 – a time when the benchmark rose by 3.8%. The discount widened further over that period. The dividend is 3.5p.

Wirecard was 10.4% of the portfolio at end of May 2020, having been 14.3% at the end of May 2019. This is what the board has to say: “The Company’s shareholders may be aware that the Company formerly had a large investment in Wirecard AG, a German payments company which we had held for the past 13 years. The Company’s recent performance has been adversely impacted by the disclosure of a suspected fraud at Wirecard when its auditors, Ernst & Young, declined to sign off on its year end accounts in June 2020. The entire holding was sold by our Investment Manager on 18 June soon after the public disclosure by the company of those circumstances. We nevertheless realised a profit, over the term of this investment, despite the price at which those shares were sold.

As a Board we undertake a review of the risk represented in each of the portfolio holdings with the Investment Manager at each of our regular board meetings. When the Wirecard share price increased from EUR 60 to EUR 83 in the third quarter of 2017 its proportion of the Company’s total assets increased from 9% to 13%, at which point the Board encouraged our Investment Manager to begin selling down the position. Some 570,000 shares were sold between then and October 2018 in a period when the share price continued to rise towards its peak of EUR 198 in the autumn of 2018.

After a setback in the price at the end of 2018 the Investment Manager requested the Board’s consent to continue to hold the position at between 10 and 20% of total assets. There was further Board debate on the subject at our quarterly meetings and, in early 2019, the Board requested that no further shares should be added to the position. A hard policy was adopted by the Board that no position should be acquired or added to which represented more than 10% of total assets on the date of purchase (I refer to the expanded investment policy printed on page 14 of this report). This restriction has been adhered to and is also hard coded into our Investment Manager’s order management system. However, we acknowledge that a potential advantage of investment trusts is the ability to allow holdings to run to levels above 10% of total assets through share price improvement. The holding in Wirecard had touched higher levels since that decision.

Our Investment Manager engaged not only with the management and supervisory boards of Wirecard, but also with research analysts, market commentators and fellow investors in its research. Specifically, it had satisfied itself that the control shortcomings identified by the forensic accounting team at KPMG in March 2020 and other concerns identified in the press had been or were being addressed on the basis of that research. It appears, nevertheless, that investors in Wirecard were the victim of a highly sophisticated fraud which eluded not only our Investment Manager, but also the German regulator (BAFIN), Wirecard’s auditors (Ernst & Young), KPMG, its brokers and many others over a period of a number of years.”

This year’s AGM is on 16 November and a continuation vote will be held at this meeting.

Extracts from the manager’s report

“The stocks which detracted most from performance were obviously impacted by the pandemic. Carnival, the world’s largest cruise company, was an early casualty of travel restrictions and an ‘experience’ which falls foul of social distancing requirements. We sold all our shares as the business model depends to a great extent on a return to their normal way of operating: freedom to travel, high occupancy levels and ancillary revenue opportunities. With high fixed costs the company is vulnerable to any demand weakness and any ‘trading down’. Another poor performer was Arrow Global, the UK listed debt collection business. Such businesses are always economically sensitive. Not only does it have impaired portfolios that were bought in happier times, but collecting debts is harder in straitened times. However, we have retained this holding, indeed bought more shares, because we believe that the company will survive and flourish as its strong platforms and services will be sorely needed by customers.

Lockdown had an immediately damaging effect on adidas’ retail activities. Though its ecommerce business has thrived in lockdown, it has not been enough to offset the sharp deterioration in trading through physical stores. This explains the underperformance of adidas shares. We sold all our holdings as we anticipate a severe squeeze on consumers’ finances. Any demand weakness, including ‘trading down’, will have a marked impact on adidas’ profitability. Another negative contributor to performance was the German leasing company, Grenke, which has been held in the portfolio since 2011. Its business of leasing equipment to small and medium sized enterprises (SMEs) has suffered as economic conditions deteriorated. On 15 September we sold the whole of our position in Grenke in response to corporate governance concerns. We will continue to review the investment case for Grenke as the facts emerge. Finally, amongst those stocks which detracted from performance, we note CGG, the French listed integrated geoscience company. The collapse in the oil price and concomitant impact on CGG’s business led us to sell the shares.

The most significant contributors to performance fall easily into two categories: healthcare and digital. The best two stocks in the period under review were both healthcare companies, namely BioMerieux and Novo Nordisk. The former, the French in vitro diagnostics company, has benefitted from the wider understanding of the value of diagnostics in healthcare; they have developed COVID-19 tests which have further enhanced this understanding. Novo Nordisk results vindicate our confidence in the company. The new class of drugs to combat diabetes and obesity, GLP-1 (Glucagon-Like Peptide 1 (GLP-1) agonists), expands the company’s addressable market. Moreover, the clinical evidence underpins our view that Novo Nordisk’s GLP-1 drugs are sufficiently and positively differentiated to give them a strong market position with good long-term visibility of success.

Deutsche Boerse shares have performed well and made another significant contribution to performance. As the leading continental European provider of financial exchange services (including market data, services for trading, clearing, and post-trading of investment instruments), Deutsche Boerse has flourished amidst the volatility caused by the COVID-19 pandemic; there is a regulatory trend to ‘on exchange trading’; and, as a digital business, the company has none of the normal supply chain problems associated with other, more ‘physical’ companies.

Experian, too, is a digital business. It provides credit data and analytics primarily to other businesses for consumer credit purposes but also directly to consumers. Demand for Experian’s services continues unabated. Another good contributor was Grifols, a company whose principal activity is the production of plasma-derived medicines. Demand for these medicines, such as albumin and immunoglobulins, is increasing and new indications are discovered. Their expertise in blood plasma is recognised as being useful in combating COVID-19.”

The manager on Wirecard

The manager’s statement on Wirecard is rather shorter than the chairman’s – “When, in June, the company announced serious accounting irregularities, we immediately sold the shares. The sale is a very disappointing end to a long term holding. It appears that executives in the company and third parties were in cahoots and defrauded the company over many years. Until the company admitted this fraud, there had been no substantive concerns expressed by regulators or the company’s auditors, EY. This shocking episode is an extreme example of the risks of investing.”

[At the end of 2019, European Opportunities was trading fairly close to asset value and its shares were at an all-time high. The shares have lost a quarter of their value since then on a combination of COVID and Wirecard. Fraud, especially when it is done well, is very hard to combat. However, there had been rumours swirling around Wirecard for a number of years and, ahead of its eventual collapse, these had been intensifying. We understand why European Opportunities held Wirecard, we do not understand why the position had to be so large. It will take some time for investors’ faith in the trust to be restored. More buybacks (the discount was 13.5% last night), the board refresh and improved relative performance could do the trick, however.]

European Opportunities trust has just published results for the 12 month period ended 31 May 2022. [That is quite a lag for a trust of this size, we’ve […]

Revelations that the German payment company, Wirecard, cannot account for €1.9bn of cash on its balance sheet have hit Alexander Darwall’s European Opportunities Trust hard. Darwall has been […]

In QuotedData’s morning briefing 24 September 2020 Good progress with the construction of Gore Street Energy Storage’s Irish assets has helped deliver a 1.6p increase in the fund’s NAV over the second quarter of 2020 to 96.2p. An interim dividend of 2p has been declared, making 7p in total for the year ending 31 March 2020. […]