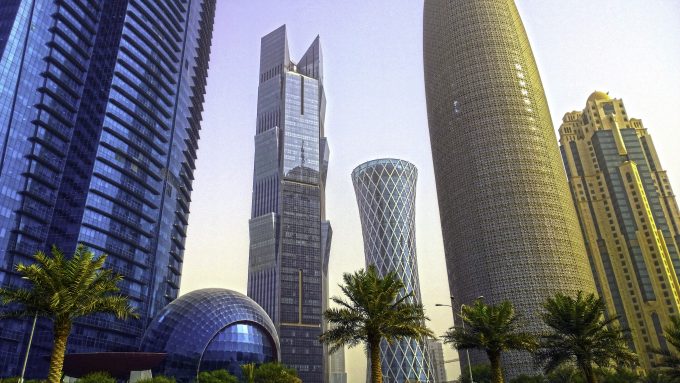 Kuwait was to be upgraded to emerging market status in May by MSCI but the pandemic saw this delayed until November 2020.

“2020 saw GCC countries implement widespread policy measures in a bid to limit the spread of coronavirus infection and also support their economies. These measures include large public events cancellations, air travel bans, and schools and government office shutdowns. Large economic stimulus packages have been announced, with a major focus on health spending, social assistance, and private sector (SME) support. Central banks have cut rates in line with emergency cuts by the US Fed. With proactive management of the epidemic, the GCC countries have begun reopening the economy in a phased manner.

Saudi Arabia executed a 3-phase reopening plan starting in late May 2020, of which the third and last phase started on June 2021, where all curfew restrictions were lifted and the situation was allowed to return to normal. Domestic travel started to return to normal, while bans on international travel and religious pilgrimages were maintained. On 23 July 2020, the authorities announced the opening of land borders with Kuwait, Bahrain and the UAE.

The UAE began gradual reopening of shopping centres and other businesses from the end of April. Several airlines have resumed a limited number of regular passenger flights. Public sector employees returned to work with full capacity from mid-May 2020. Dubai reopened to international tourists from 7 July 2020. Restaurants, coffee shops, cafes and other licensed food outlets in Abu Dhabi are now allowed to operate at 80% capacity.

Qatar charted a plan to reopen the economy in mid-June, where some mosques, stores in malls and selected parks were allowed to open. Further restrictions were lifted in July 2020. Phase 3 of reopening was started on 1 August 2020, permitting flights from low-risk countries as well as the full-reopening of shopping malls. Economic activity is expected to back to normal in phase 4 starting on 1 September 2020.

Kuwait started reopening on 31 May 2020 with a reduction in the curfew to 12 hours. In later phases, it plans to allow gradual opening of public and private sector offices and then opening of hotels and resorts.

Oman ended the lockdown in Muscat in May 2020 with activity resuming from the start of June 2020. Private sector employees are allowed to return to their offices and government agencies begun their regular operations. In June, the government further opened up commercial and industrial activities.

Bahrain authorities have permitted reopening of retail stores with some strict operational conditions.

Against the backdrop of an uncertain global environment, we believe that the regional economies will begin to recover, with focus on fiscal and monetary measures. Stabilization of the oil market post the OPEC+ deal should provide some support, and large capital reserves will help in maintaining key public spending. The IMF expects the region to grow at 2.1% in the year 2021 after contracting by 7.1% in the year 2020.

Saudi Arabia announced ~US$26 billion spending cuts on major projects while announcing new fiscal measures to raise more non-oil revenues and rationalize spending. These will mean cuts and delays in capital spending, removal of cost-of-living allowances for public sector workers and VAT hikes from 5% to 15%.

Qatar plans to postpone US$8.2 billion worth of yet to be awarded contracts on capital expenditure projects. Kuwait government also agreed to cut the government budget for 2020-2021 by at least 20%.

Dubai has been hit hard by the outbreak as economic activity in vital sectors such as tourism and transport came to a standstill. Government has asked all agencies to postpone all un-awarded construction projects until further notice and not to allow any cost increases for ongoing construction projects.

Oman announced reduced spending in the 2020 budget by 10%. Bahrain announced that it would cut current spending excluding wages and transfers by around 30%.

Announced measures could help offset losses arising from reduced oil exports but the aggregate GCC deficit is still expected to deteriorate from 2.1 % of GDP in 2019 to 10.5% of GDP in 2020.

GCC countries have built up financial reserves in past decades and now collectively have assets worth over US$3.0 trillion, which is over 200% of their combined GDP. This gives further financial flexibility if needed.

The pandemic has had the effect of hastening consolidation in some sectors with companies seeking to form stronger entities in order to gain market share and improve operational efficiency. Going forward, we believe consolidation is going to accelerate in multiple sectors in order to increase profitability.

We believe that although there are challenges, the worst phase of the crisis is now over and this should present GCC economies an opportunity to accelerate the process of diversification away from oil. Rapid, inclusive and well-sequenced policies will help GCC economies emerge stronger and more prosperous.

Fear of a second wave of infection is rising in some countries which are executing reopening plans, such as in some parts of China, India, Europe and the US. Rising infections may trigger new lockdowns and pose a risk to the path of recovery.

As Covid-19 cases are declining in GCC, we believe that economic recovery is now gaining a foothold and will extend into the second half of 2020. Proactive measures taken by the GCC governments to address the pandemic and its economic impact seems to be bearing fruit and all the Gulf states have begun reopening their economy in a phased manner.

We expect GCC economies will begin to recover despite an uncertain global environment, with focus on fiscal and monetary measures. Stabilization of the oil market post the OPEC+ deal should provide some support, and large capital reserves will help in maintaining key public spending. The IMF expects the region to grow by 2.1% in 2021 after contracting by 7.1% in 2020.

The dual shocks of pandemic and lower oil prices have underscored the need for the GCC to accelerate efforts to develop industries that are resilient to energy prices, have high growth potential, foster innovation and therefore guarantee economic diversification. Additionally, the pandemic has thrown open opportunities for many sectors looking for consolidation to form stronger entities in order to gain market share and improve operational efficiency. Going forward, we believe consolidation is going to accelerate in multiple sectors in order to increase profitability.

We continue to remain positive on growth in the region over the long term, led by the planned infrastructure projects and the momentum of reforms across nations. All the GCC nations are executing multiyear infrastructure plans under their respective National Vision programs.

Given the history and strength of GCC states to weather economic storms, current valuation levels offer a good entry point for investors looking for long term exposure to the regional markets. GCC markets are currently trading at attractive valuations compared to their historical average and offer healthy dividend yields.”

In QuotedData’s morning briefing 20 April 2021: Octopus Renewables (ORIT) has secured debt finance for the construction, commissioning, operation and maintenance of a wind farm in Cerisou, France. The new […]