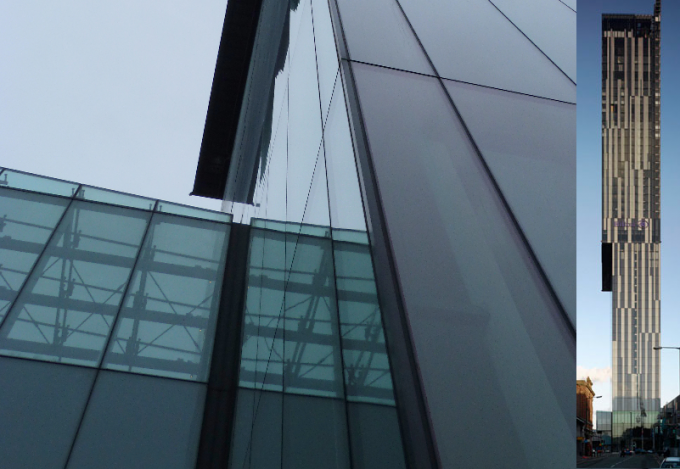 The litigation at Beetham Tower relates to a cladding defect from the original construction of the building. The issue was identified in 2014 following which the original contractor, Carillion Construction carried out temporary remedial works whilst exploring a longer-term repair solution. Carillion entered into compulsory liquidation in January 2018.

In March 2018, the hotel leaseholder operating within the Beetham Tower, Blue Manchester Limited issued proceedings against NWGR regarding the cladding repair and a related damages claim for loss of profits. In July 2018, NWGR commenced proceedings against parties including Carillion (in liquidation), its insurers, façade sub-contractors Bug-Alutechnik GmbH and architects SimpsonHaugh, which it believes have a responsibility to remedy the defects in the cladding.

On 31 January 2019, a High Court judgment concluded that the building was in disrepair and issued an order for NWGR to carry out specific, permanent remedial works by 31 July 2020.

Following a tender process of contractors, the potential total cost to complete the specific, permanent remedial works is estimated to be approximately £8.9m. NWGR has been pursuing the abovementioned parties to defray some or all of these costs, as under the lease terms it is responsible for 49% prior to any recovery from the abovementioned third parties.

Following extensive engagement with Manchester City Council and with the support of the Beetham Tower Residents Association, in May 2020 planning permission was secured for an alternative repair scheme which NWGR believes is more deliverable than that required by the High Court judgment, at a total cost of approximately £4.1m. In June 2020, NWGR made an application to the High Court to approve the alternative scheme. However, this was challenged by Blue Manchester.

On 20 October 2020, the High Court found against NWGR’s application to vary the remedial work to the alternative repair scheme, but extended the time to complete the scheme originally ordered until 31 July 2022. NWGR is exploring whether it can still reach a settlement with the abovementioned parties, whilst also contingency planning for the scenario where this is not achievable. This includes contingency planning for a formal insolvency process in respect of NWGR.

Since the 2019 High Court judgement, at NWGR’s request the company has provided loans to NWGR totalling approximately £2.1m to facilitate NWGR’s working capital requirements, including its exploration of the alternative repair solution. NWGR has no external debt and Ground Rents Income Fund has not provided any parent company guarantees in respect of NWGR’s obligations. Based on expenses incurred since the 31 March 2020, and a provision for costs, the further negative financial impact for the Ground Rents Income Fund group, if additional funding were to cease and were NWGR to enter into administration or liquidation, is expected to be approximately £1.3m. [As far as we can tell, in this scenario, the remedial work to the cladding would still not be done.]

The company bought NWGR in August 2012. It brings in income from 219 residential leases, that currently generate ground rent income of £33,250 a year plus the hotel lease on a 999-year term that currently generates ground rent income of £30,902 a year. Beetham Tower is the sole asset owned by NWGR and as at 31 March 2020 it had a value in Ground Rent’s accounts of £nil.

In QuotedData’s other news 10 January 2020 Ground Rents Income Fund has refinanced its debt, reducing its overall interest cost from 3.37% to 2.76%, increasing the loan to value […]

In QuotedData’s other news 9 October 2019 AEW UK REIT has a loan from The Royal Bank of Scotland. It has just negotiated changes to the covenants on this […]

Ground Rents fund reinstates its double or inflation offer – On 21 December, the Government announced new measures in response to its leasehold market consultation. It proposed to […]