QD view – Latin America – the only way is up? 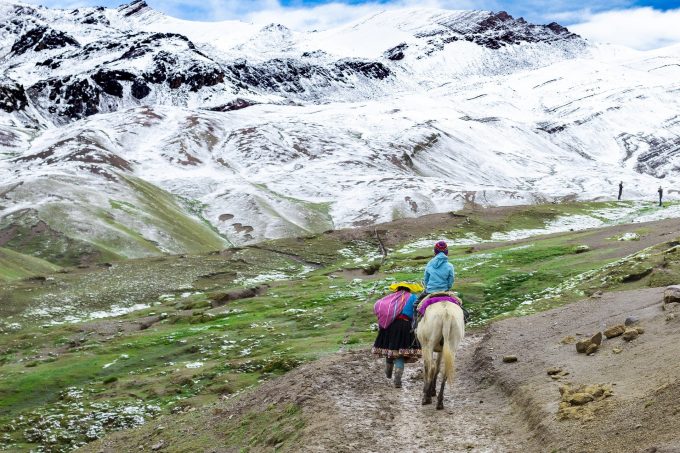 Latin America – the only way is up?

This week saw the publication of results from Aberdeen Latin American Income. Unfortunately, they did not make good reading. Over the year ending 31 August 2020, the trust generated an NAV return of -27.5% (in total return terms, adjusting for the effects of the dividend) and a return to shareholders of -24.4%. The return on the trust’s benchmark was -22.9%. This was one of the worst year’s in this trust’s decade-long life.

Aberdeen Latin American Income has just over 40% of its portfolio invested in bonds. The trust managed to get out of its Argentinian bond investments before that country defaulted for the ninth time at the instigation of its new Peronist president, Alberto Fernández. Bonds elsewhere in the region proved to be better investments. When we talked to Andrew Lister, co-manager of Aberdeen Emerging Markets, in last week’s show, he drew attention to the attractions of emerging market bonds and highlighted that his fund had been investing in this area.

Aberdeen Latin American Income’s equity investments have been more problematic. The pattern of performance mirrored that of other markets, with good returns coming from technology, and anything that supported the shift to online sales, offset by problems in other sectors.

A swathe of dividend cuts meant that the trust’s dividend was uncovered by earnings – dividend cover was 0.63x. Nevertheless, the board opted to maintain the dividend at 3.5p, putting the shares on a yield of 6.7%. The trust still has revenue reserves of £1.96m available to it (equivalent to about 3.4p per share).

Over this year, the region has been hit hard by COVID-19. Peru, Brazil, Chile, Bolivia and Mexico rank as five of the 10-worst countries in the world when it comes to deaths as a percentage of the population. Argentina, Ecuador and Colombia aren’t far behind. Viktor Szabó, manager of Aberdeen Latin American Income points out that “several countries in the region have not managed to get a grip on the spread of the coronavirus yet, with the number of new daily cases remaining elevated.”

Longer-term, you don’t have to go very far back to a period when the region, and Brazil in particular, was in vogue. Politics and falling commodity prices have taken their toll since then. One of the hopes for a revival must rest with a Joe Biden Presidency. Not that a Democrat government would be soft on trade, but relations with the US’s near neighbours should improve. Biden has also said that he wants to discourage immigration from Central and Southern America by tackling the poverty and violence that is triggering it. Some sort of stimulus package is possible.

Today, Aberdeen Latin American Income has a market cap of just £30m and its manager is having to rebate part of its fee to keep its ongoing charges ratio down at an acceptable level (around 2%).

Of the other two trusts in the region, JPMorgan Brazil has already decided to give up. Shareholders voted against the continuation of the company (on the board’s recommendation) on 17 September 2020. In just a few days, shareholders will vote to approve the liquidation of that trust. BlackRock Latin American is a larger fund but some would still consider it to be on the small side, with a market cap of £122m.

Last week, Andrew Lister was lamenting the lack of funds available to him that specialise in the Latin American region. Not that he wanted to have an overweight exposure at the moment. However, when sentiment turns, I think that it is likely that investors will mourn the absence of choice.

Given Aberdeen’s commitment to keeping the trust going, I hope that Aberdeen Latin American Income can survive. Investors may look more favourably on the region when we see light at the end of the COVID-19 tunnel. If the trust just returned to trading at the level it was at this time last year, there is almost 40% upside from here.

Aberdeen Latin American Income (ALAI) reported interim results to 29 February 2020, with NAV total returns and the the shares declining by 8.0% and 8.2%, respectively. This was […]