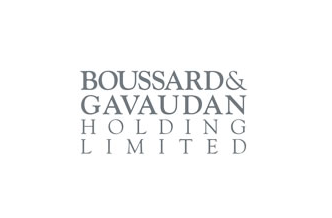 Boussard & Gauvadan manager opposes tender – Boussard & Gavaudan Holding has repurchased 1,629,532 shares (about 10.5% of its issued share capital), updated its website and revised the format of its newsletters in an attempt to narrow its discount over the past 12 months. Performance during 2020 has been positive, year to date the NAV has grown by over 10% , comfortably ahead of the objective of 4% – 6% over the risk-free rate. However, the discount remains wide at 23.5%.

The board remains committed to the goal of giving shareholders the opportunity to participate more fully in the value that the company generates. It consulted shareholders and says that it is clear that a substantial proportion of shareholders wish to see the company offering liquidity opportunities at or around net asset value. The board has thought about how this might be achieved. One option is a series of tender offers over a three-year period with the potential for a full capital return at the end of such a period. The board considers that the tender proposal could be an attractive means of providing liquidity and may also broaden the appeal of the company.

The board has tried to engage with these investors (the concert party) to seek to agree an alternative proposal. The company has already made a commitment to propose a continuation vote at the AGM in 2023 if the shares trade at an average discount in excess of 15% over the financial year to 31 December 2022. The board has discussed the idea of proposing this continuation vote irrespective of whether the discount condition is satisfied. The Board invited the concert party to consider whether it would:

However, the concert party has indicated that, whilst it is sympathetic to the board’s desire to offer a continuation vote, it will not make any voting commitments in advance.

The board believes that without the concert party’s support, the company would not have the shareholder support necessary to pass a special resolution required to liquidate the company and return capital to shareholders. [remember this needs 75% approval from those shareholders voting – just about everyone would have to vote and they’d all have to vote in favour of liquidation.]

The board is continuing to explore all possible options and continues to engage with the concert party in order to agree a mutually acceptable way forward. It will provide a further update in due course.

[This is a bit reminiscent of the situation at Gabelli Value Plus, albeit that we aren’t yet at the stage where the manager is actually blocking liquidation. After a long period where the trust’s performance wasn’t that great, things have been looking up this year. We think the manager should have the courage to offer a tender off for say 25% of the fund at some point next year and then work hard beforehand to convince investors of the merits of the fund – who knows, they might even find new money to come in to replace anyone who still wants out.]

Boussard & Gavaudan Holdings (tickers BGHS and BGHL for its sterling and Euro share classes respectively) has announced that, on 10 June 2022, notice was served by Mr […]

In QuotedData’s other news 18 July 2019: The global growth fund, Brunner Investment Trust (BUT), reported half-year results to 31 May 2019 with NAV (with debt at fair value) […]

Boussard & Gavaudan gets almost a third of return from buy-backs

Boussard & Gavaudan published their annual report on Friday 24th. This showed that, over the course of 2014, the NAVs for the Euro and Sterling shares increased by […]