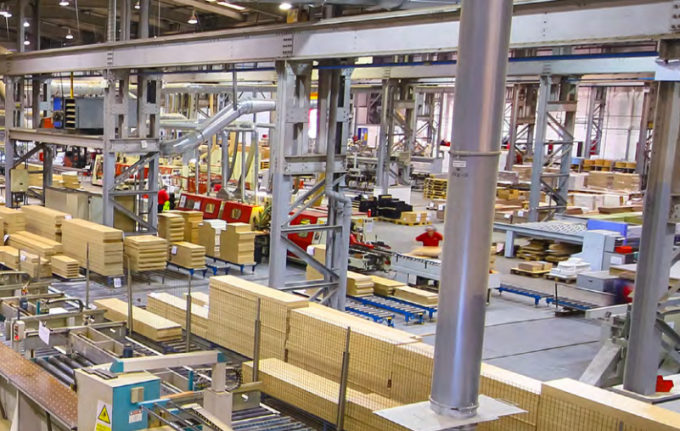 The UK smaller companies sector fund, Aberforth Split Level Income (ASIT), has reported interim results for the half-year to 31 December 2020. With its year-end period going to June, the bulk of the pandemic’s market impact took place over the second half of the company’s most recent financial year-end to June.

ASIT’s total assets, which captures its ungeared portfolio performance, increased by 27.6% over the interim period. Geared by the zero dividend preference (ZDP) shares, the NAV increased by 41.9%. The price return was 50.6%, with the discount narrowing from 10.0% to 4.6%. ASIT notes that the Numis smaller companies index (excluding investment companies), which defines its opportunity base of small UK quoted companies, returned 27.6% over the period.

In their report, ASIT’s managers note that “after the initial period of confusion, reflected in the precipitous drop in share prices, the summer months brought some stability and clarity. While the full economic impact of lockdown – the longer term “scarring” – has been deferred by the official support measures, it became clear that the virus could be controlled. This allowed some tentative recalibration of forecasts both by companies and investors. Meanwhile, the immediate and most pressing corporate liquidity issues were quantified and addressed. At the same time, the easing of lockdown brought a recovery in companies’ revenues and suggested a willingness on the part of consumers to revert, more or less, to previous habits. It was through this middle part of the year that the boards of small companies proved that they could meet the challenges posed by COVID-19 and proved the resilience of their businesses, as they did in the global financial crisis and in the wake of the EU referendum. Trading updates through the Autumn were generally better than expected and several companies were able to resume dividend payments.

Against this background, which was encouraging despite the advent of the second lockdown, the vaccine announcements arrived in November. These proved the catalyst for a broad reappraisal by the financial markets of the prospects for economic activity and for cyclical companies. Investment horizons elongated as confidence rose that a return to a normal way of life was achievable and that a recovery in profits could commence. The stockmarket re-engaged with businesses that it had previously priced to be without a future of more than a few years. These companies were aggressively re-valued, to ASIT’s benefit. This was another damning episode for market efficiency, with the equity market again struggling to calibrate value in a period of stress. Echoing the experience of the Nifty Fifty and the TMT bubble, the market focused narrowly on those businesses immune to or benefiting from the effects of COVID-19. It, therefore, lost sight of the beneficiaries of the ingenuity that it otherwise prized so highly.

The inspiration from the remarkably rapid vaccine development would have been a good way to have ended a bad year. However, Brexit politics threatened to complicate the immediate outlook for the UK economy. In the event, a trade deal with the EU was secured. The detail of its implementation is not yet fully clear, but the near term prospects for the UK economy are undoubtedly better with an agreement in place. From the perspective of the portfolio, it reduces uncertainty and removes an excuse for overseas investors to ignore UK assets, which have been global pariahs for several years. Nevertheless, beyond Brexit, any upside from the UK’s regained sovereignty may be complicated by the political fallout from COVID-19 and questions about the Union itself.”

The manager’s go on to say “we do not disagree with the stockmarket’s differentiation between those two cohorts of companies in the context of the onset of the coronavirus or with the proposition that the prospects of some businesses have been fundamentally changed by the pandemic.  However, the degree of the differentiation was harder to understand, unless numerous inherently profitable businesses were going to fail.  As government and shareholders offered their support and as management teams took the necessary actions, it became clear that this would not happen.  Additionally, the stockmarket’s reasoning only went so far: it was fascinated with the ingenuity underlying the technology businesses that benefited from pandemic conditions, but did not appear to contemplate which companies might benefit from the astonishing human endeavour involved in developing the vaccines.  From this it was clear that much of the universe of small UK quoted companies, already more attractively valued than usual at the start of the year, was offering exceptional value.

The vaccine news went on to challenge the stockmarket’s prejudices and, alongside the Brexit trade deal, led to an improvement in ASIT’s performance and allowed the year to end in a more encouraging fashion.  The recovery is, though, in its early days and the portfolio’s valuations remain lower than long term historical averages.  This in part reflects lingering uncertainty about COVID-19: in January, the world is grappling with a new more highly transmissible variant of the virus, which is necessitating incremental lockdown measures in the UK and elsewhere.  Nevertheless, the vaccines continue to be rolled out and thus allow markets to contemplate prospects beyond the duration of the current lockdown.

Looking, therefore, to the medium term, an important component in the opportunity offered by ASIT today is normalisation – of social behaviours, of economic activity, of profits and of share prices.  This is not to assert that there will be a full return to what was normal, since the coronavirus will effect permanent change on societies and economies, not least through the acceleration of pre-existing disruptive trends.  However, share prices have already adjusted to this new reality and not all that COVID-19 has wrought will necessarily prove lasting.  The markets’ on-going efforts to distinguish between the truly long term and ephemeral effects of the virus will provide further investment opportunities.

Further out, the impact of normalisation will inevitably fade, which is likely to bring the broader influences on investment style back to the fore.  The disinflationary trend of the past 40 years, accelerated by the extraordinary monetary policies imposed after the global financial crisis, has favoured the growth style.  It remains to be seen how the world reacts to the shock of the pandemic. The initial collapse in demand is undoubtedly deflationary, but the supply side has also been affected. On top of this, governments appear to be looking to move on from stimulus policies that have relied heavily on monetary actions.  Fiscal spending, sometimes under the banner of “modern monetary theory”, is being widely heralded as the solution to the coronavirus deficit, low growth and wealth disparity.  Even leaving aside the dubious recent record of politicians, fiscal stimulus and a larger role for government usually lead to inflationary pressure.

Despite the complexity of the generational issues that affect the debate between inflation and deflation, the financial markets harbour little doubt.  The consensus view is that yesterday’s winners will be tomorrow’s winners and there is little questioning of taut valuation stretches between and within markets. Government bonds are priced as “return-free risks” and most listed companies, in the UK and more broadly, are very lowly valued by the stockmarket.”

In QuotedData’s morning briefing 30 July 2020: Secured Income Fund’s latest factsheet discloses that it extended loans accounting for 27.5% of its portfolio by 12 months in response […]

James Carthew: there is a future for quality ‘zeros’ Split capital investment trust Jupiter Dividend & Growth (JDT) is approaching the end of its life. It was launched […]