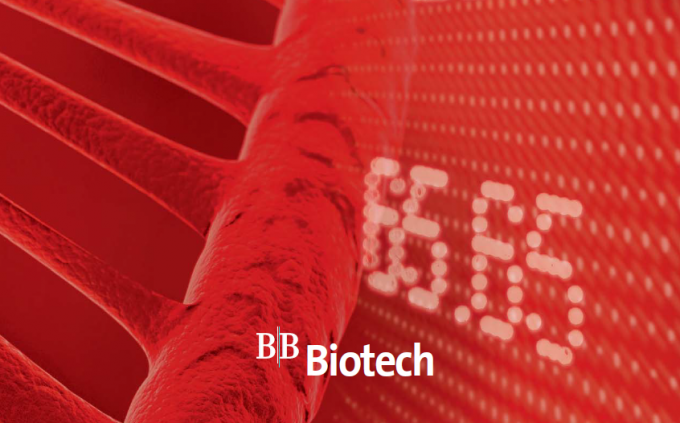 Switzerland’s BB Biotech (SIX:BION) has made a $130m investment in Biogen, a US large cap biotech company that would normally fall outside its small-to mid cap investment area, in a bid to capitalise on the possible approval over the next few weeks of an Alzheimer’s therapy that has been largely written off by the market.

The unusual move, which was disclosed in the trust’s preliminary 2020 financial report on Friday, was described as a tactical investment and it seems to be its first such, at least in recent years. It comes as the FDA is completing its regulatory review of Biogen’s beta amyloid antibody called aducanumab, with a decision due on or before 7 March.

The potential US approval of aducanumab – which is the largest biotech “binary event” expected this year – would require the FDA to break its own rules over what constitutes an acceptable standard of evidence, accept a controversial analysis of the Phase III studies data and overrule the unambiguous advice of an expert committee convened specifically to review the data. However, on the other side, there is no approved disease modifying therapy for Alzheimer’s disease and few are on the horizon after an unbroken record of expensive clinical trial failure extending over several decades. Moreover, in a different indication a few years ago where there was also no treatment available – duchenne muscular dystrophy – the FDA’s controversial approval of a drug on scant data did spur a renaissance of R&D on the condition.

The current story starts when Biogen launched two Phase III studies of aducanumab in Q3 2015, which completed enrolment in December 2018. A pre-specified futility analysis was conducted in March 2019 based on pooled data, which suggested the studies would not render a positive result. This caused the studies to be stopped for ethical reasons, but then a subsequent analysis indicated one had shown positive results (at the high dose), if the analysis group were refined to those patients who had completed the 78 week treatment period. After the interactions with the FDA, Biogen was encouraged to submit for approval based on these limited data, suggesting the FDA would be expecting to look favourably upon it, given the exceptional nature of the condition.

All of these developments caused market expectations for aducanumab to gyrate wildly, with rises and falls of 30% or more in the value of Biogen’s stock being not uncommon. Indeed, on 4 November last year, Biogen’s shares jumped from $247 to $355 after the publication of surprisingly positive briefing documents ahead of the FDA advisory committee’s review, only to fall back to their prior level on 9 November, after the body of outside experts rendered an overwhelmingly negative recommendation. The committee voted 10-0 against approval with one abstention on the key question, with similar results (albeit more abstentions) on other points.

The FDA is of course not required to follow the advice of advisory committees, but usually does so. Moreover, there have only been a handful of occasions where the agency has overruled a negative advisory panel, and in all cases, the votes have been much more finely balanced.

The highly unusual circumstances mean that sell-side analysts are completely split over the likelihood of approval, with assumed probabilities ranging between perhaps 10% and 70%, but consensus is definitely biased towards the bottom of this range. However, there is more agreement over sales potential of the drug, if it were approved. Since Alzheimer’s has no disease modifying drugs available, aducanumab would almost certainly become a blockbuster – and the non-risk adjusted consensus sales currently sit at $4.9bn/year for 2026, the highest of any drug that may see approval this year. This is despite the fact many experts believe healthcare providers would be loath to pay for the drug, without more convincing data.

BB Biotech’s commentary of its thinking on taking the new investment in Biogen suggests it sees little downside – ie the market had already priced in rejection by the FDA – so even a slim chance of approval would mean the expected outcome would be positive. In more recent news, Biogen’s stock rose by 6% on 12 January, after Lilly reported positive Phase II data from a potential Alzheimer’s disease with a similar mechanism, which by extension might lend some credibility to Biogen’s case before the agency.

BB Biotech’s investment in Biogen was, as of 30 December, equivalent to 2.9% of portfolio value (worth approximately CHF115m or $130m). Biogen’s stock is currently up 11% on the year to date period, so it is already sitting on a profit.

[QD comment: BB Biotech’s investment is Biogen is a bold move that highlights its investment style and is to be commended in the view of QuotedData’s analysts. We think that it makes sense, even if the probability of aducanumab’s approval remains low, because of the asymmetric return profile. BB Biotech offers investors some exposure to this binary event, alongside the diversification inherent with its wider portfolio, but it may not be the only one. London-listed International Biotechnology Trust (LSE:IBT) held an investment in Biogen in September last year (according to its 13F filings with the SEC), but was at the time reducing the stake. It is not known whether it will continue to do so and as a policy, tries to avoid holding stocks through binary events.]

Syncona backs Quell financing – Syncona Ltd  has made a new £25.3m commitment to a £61.0m expanded Series A financing for Quell Therapeutics. This is the largest amount of […]

Achilles Therapeutics, a Syncona portfolio company, has announced that an Independent Data and Safety Monitoring Committee (IDSMC) has completed its first review of the ongoing, first-in-human Phase I/II […]

RTW Venture Fund has provided a brief update on portfolio company Landos Biopharma’s IPO. The IPO raised US$100 million by offering 6,250,000 shares at $16.00 per share, and Landos […]

US biotech giant Biogen – in which the Swiss investor BB Biotech (SIX:BION) holds a stake equivalent to 2.9% of its portfolio value – has seen its stock […]

Switzerland’s BB Biotech (SIX:BION) recorded a solid investment performance in 2020 despite the volatile markets, according to its preliminary report. The trust saw a 16.4% rise in NAV […]