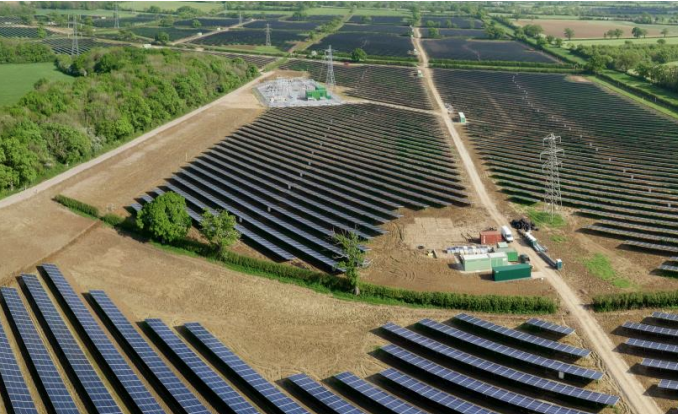 Foresight Solar wants battery access – Foresight Solar Fund Limited plan to ask shareholders to approve a change to the company’s investment policy, to allow for up to 10% of the gross asset value (at the time of investment) to be invested into utility scale battery storage system opportunities. The majority of these are currently intended to be located adjacent to the fund’s existing solar PV sites.

[This is an interesting move. Foresight Solar looks set to become the first of the renewable energy funds to make a significant commitment to battery storage technology. A number are trialling it currently, including Foresight Solar’s sister fund, JLEN Environmental Opportunities. It will be interesting to see if others follow suit.]

Foresight Solar was launched in October 2013 with the objective of providing its shareholders with a sustainable, progressive quarterly dividend and enhanced capital value by investing in ground-based solar power plants in the UK and internationally. Since launch, it has acquired 58 ground based solar power plants, 50 of which are in the UK, and has paid all its target dividends to date.

During this period of time, the renewable technology markets in which it operates have, experienced a continuous period of growth, supported by worldwide commitments to decarbonise and decreasing solar installation costs. This trend is expected to create an attractive environment for further investment in solar power plants in the UK and internationally, either through renewable energy support mechanisms or, increasingly, on a subsidy-free basis. The continued growth in renewable energy generation is also expected to create a requirement for greater system flexibility as energy systems transition from a model of centralised generation and transmission to more flexible and decentralised systems. Battery storage systems are expected to have a significant role in the energy transition process, with the existing portfolio of operational solar power plants offering the potential for utility scale battery storage co-location opportunities, subject to available grid connection capacity and existing land lease agreements.

The company will shortly publish a circular convening a general meeting, which sets out the background to and reasons for the proposed change to the investment policy, and explains why the board recommends that shareholders vote in favour of the resolution to be proposed at the meeting. More information on that is available in our events section.

Foresight Solar (FSFL) has this morning announced the acquisition of its first solar asset in Spain. The 26.1 MW Virgen del Carmen asset, based in Huelva, in the south-west […]

Foresight Solar (FSFL) has provided an update to investors on its response to the covid-19 outbreak. The takeaweays are: in FY20 there has been no operational disruption linked […]