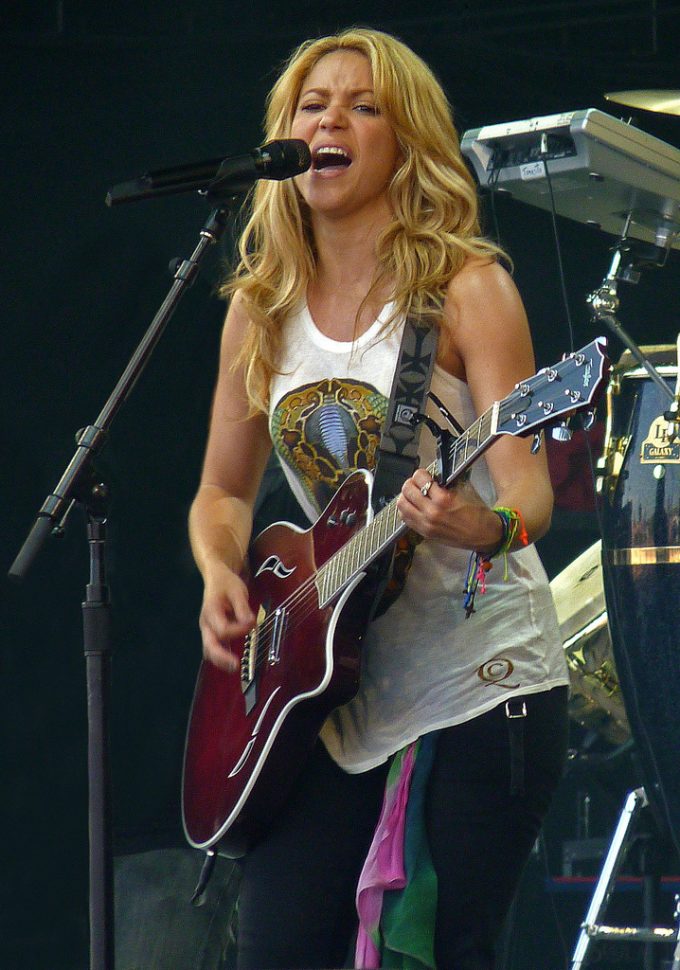 Hipgnosis Songs (SONG) has announced that the company has acquired a catalogue from one of the world’s best-selling music artists, Shakira. SONG has acquired 100% of Shakira’s music publishing rights, including publishing and writer’s share of income, of her entire catalogue comprising 145 songs.

In the announcement, SONG notes the following. “Since releasing her first album in 1991, recorded at the incredible age of 13, Shakira has sold over 80m records, making her the bestselling female Latin artist of all time. She has been awarded a remarkable 3 Grammy Awards, 12 Latin Grammy Awards, 4 MTV Video Music Awards, 7 Billboard Music Awards, 39 Billboard Latin Music Awards and 6 Guinness World Records. With over 32m listeners, Shakira is the most-streamed female Latin artist on Spotify and her songs have been streamed billions of times. She is also one of only three female artists to have two videos exceeding two billion views on YouTube.”

Shakira rose to fame upon the release of her hugely popular debut international album ‘Pies Descalzos‘ in 1995. The album sold over four million copies globally and is certified platinum in nine countries, including the US, as well as certified 8x diamond in Shakira’s home country Colombia. ‘Pies Descalzos’ includes 5 singles which reached the top 20 of Billboard’s Latin Pop Songs and Hot Latin Songs charts. This includes its lead single ‘Estoy Aqui‘ which reached Number 1 and Number 2 respectively.

Her following album, ‘Dónde Están los Ladrones’ was an even bigger commercial success, selling 1.5 million copies in the US and over 7 million copies worldwide. The album remained at Number 1 on Billboard’s Top Latin Albums chart for 11 weeks and included six Billboard Latin Pop Songs and Hot Latin Songs Top 10s. Most notably the hit singles ‘Ciega, Sordomuda’ and ‘Tú’ which both reached Number 1.

Shakira released her first English language album ‘Laundry Service’ in 2001, which having sold over 13 million copies worldwide is the seventh best-selling album of 2002 and one of the best-selling albums of the 21st century. Six singles were released from the album, including the hits ‘Whenever, Wherever‘, ‘Underneath Your Clothes‘ and ‘Que Me Quedes Tú’. ‘Whenever, Wherever’ was an international success reaching Number 1 in 27 countries and peaking at Number 2 in the UK. ‘Underneath Your Clothes’ was a Top 10 in both the US and UK, and the Spanish-speaking ‘Que Me Quedes Tú’ topped both Billboard’s Latin Pop Songs and Hot Latin Songs charts.

Returning in 2005, Shakira released two albums: the Spanish ‘Fijacion Oral, Vol. 1’ and the English ‘Oral Fixation, Vol. 2’. Both albums reached the Top 5 in the US and achieved success in the charts internationally.

‘Oral Fixation, Vol. 2’ is certified at least platinum in 18 countries and was the ninth best-selling album globally of 2006. The album debuted at Number 5 on the Billboard 200 chart and included the hit single ‘Hips Don’t Lie’, which was Shakira’s first US Number 1 – where it broke the record for the fastest-selling digital download song. ‘Hips Don’t Lie‘ reached Number 1 in 55 countries and having been downloaded over 13 million times is one of the best-selling singles of all time.

‘Fijacion Oral, Vol. 1’, debuted at Number 4 on the Billboard 200 chart making it the highest debut ever for a Spanish language album at the time. The album won Shakira her second Grammy Award for “Best Latin Rock/Alternative Album” as well as four Latin Grammy Awards for “Record of the Year”, “Song of the Year” (for ‘La Tortura’), “Album of the Year”, and “Best Pop Vocal Album”.

In 2009, Shakira’s ‘She Wolf’ reached Top 5 in the UK, with its self-titled lead single certified platinum in the US.

Shakira released the 2010 Fifa World Cup song ‘Waka Waka (This Time For Africa)‘, which peaked at Number 1 in 15 countries. The hit song was certified at least platinum in 13 countries including the UK and US and having sold over 10 million copies is one of the best-selling singles of all time.

In 2016, Shakira had a voice role as Gazelle in the Disney animated movie Zootopia. In addition to her role, Shakira contributed the song ‘Try Everything’ which is certified 2x platinum in the US.

In January 2018, Shakira won her third Grammy Award for “Best Latin Pop Album” for her 2017 album ‘El Dorado’, which peaked at Number 1 on the US Top Latin Albums chart and Number 15 on the Billboard 200, and is 12x platinum in the US.

‘One step at a time, this incredible woman from Colombia has evolved into one of the most famous and influential people in the world’

Merck Mercuriadis, SONG’s founder, said: “One step at a time, this incredible woman from Colombia has evolved into one of the most famous and influential people in the world. What no one should ever take for granted is that she is one of the most serious and successful songwriters of the last 25 years, having written or co-written virtually every song she has ever recorded. She is a superb creator who has led the charge from what was massive physical success to now having bigger success in streaming than most of her contemporaries. This is the result of her being a determined force of nature and having written songs the world is incredibly passionate about. It’s wonderful for us to welcome, Shakira, the Queen of Latin Music and much more, to the Hipgnosis family.“

Shakira said: “Being a songwriter is an accomplishment that I consider equal to and perhaps even greater than being a singer and an artist. At 8 years old-long before I sang-I wrote to make sense of the world. Each song is a reflection of the person I was at the time that I wrote it, but once a song is out in the world, it belongs not only to me but to those who appreciate it as well. I’m humbled that songwriting has given me the privilege of communicating with others, of being a part of something bigger than myself.

I know Hipgnosis will be a great home for my catalogue-and I’m so happy to partner with this company led by Merck, who truly values artists and their creations and is an ally to songwriters everywhere who care deeply about the continued life of their songs.“

QuotedData’s weekly news show 22 January 2021 Thank you to everyone that listened in today, whether you watched the Zoom live, on Facebook or on Youtube. In this […]

Another acquisition and another fundraise from Hipgnosis

Another acquisition and another fundraise from Hipgnosis – Hipgnosis has acquired 100% of Bob Rock’s producer rights for Metallica’s ‘Metallica’ and Michael Bublé’s ‘Call Me Irresponsible’, ‘Crazy Love’, ‘Christmas’ […]

In QuotedData’s morning briefing 7 January 2021, as the Democrats win control of the Senate and the US Capitol building is invaded, the news in the investment companies industry […]

Hipgnosis (SONG) has announced the acquisition of the music catalogue of Jimmy Iovine, described as a legendary and highly influential record producer in the 70’s and 80’s and […]

In QuotedData’s Morning Briefing 4 December 2020: Downing Renewables & Infrastructure Trust (DORE) has successfully raised gross proceeds of £122,500,000 in its IPO at an issue price of 100 […]