Why kowtow to the US? Invesco Asia makes statement on Order 13959 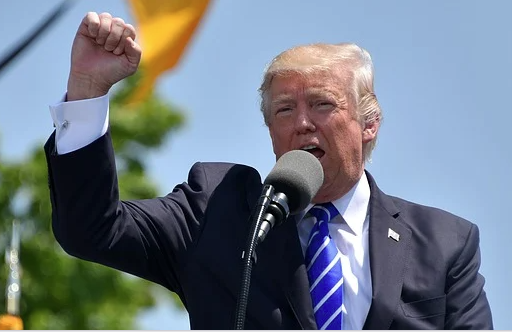 Why kowtow to the US? Invesco Asia makes statement on Order 13959

Today, Invesco Asia made the following announcement: “The board is aware of US Executive Order 13959 (“EO 13959”) relating to Communist Chinese Military Companies (“CCMCs”) and associated guidance issued by the US Treasury Department’s Office of Foreign Assets Control (“OFAC”), in particular relating to restrictions on trading in securities prohibited by the Executive Order, effective January 11, 2021 and the associated divestment period.

The company’s current exposure to securities of entities sanctioned by EO13959 is approximately 2% of net asset value. The board is monitoring the situation closely with the manager and will ensure that it complies with EO13959.”

EO13959 is a US Presidential Order that Donald Trump signed on 12 November 2020 and comes into effect on 11 January 2021. It says that US investors are prohibited from purchasing or investing in securities of companies identified by the U.S. government as “Communist Chinese military companies.” There is a list of 35 companies that are banned investments. These include: China Mobile, Huawei and Semiconductor Manufacturing International Corporation (SMIC).

The US has a right to pass whatever laws it likes. However, why would Invesco Asia feel the need to acknowledge and even abide by them given that it is a UK domiciled company. The problem might be that it has two US shareholders (Lazard and Wells Capital) that own a large percentage of Invesco Asia’s share register (over 20% between them). Perhaps too there is an issue in that, while the trust is managed by a UK entity, Invesco Fund Managers Limited, it is ultimately owned by a US company.

Is it right, though, that Invesco Asia, which cannot even dream of promoting its shares to the vast majority of US investors because of restrictive US laws that shut out foreign competition, should feel forced to abide by laws made in the US? What would have happened if Donald Trump had put all Chinese companies on the list, rather than just those 35? Perhaps, rather than restricting UK-based investors’ perfectly legal access to these companies, it should say a reluctant goodbye to its US shareholders? The problem might be that Invesco Asia is already trading at a discount.

IAT : Why kowtow to the US? Invesco Asia makes statement on Order 13959

Invesco Asia caught out by COVID

Invesco Asia buybacks narrow discount – A narrowing of Invesco Asia’s discount made up for underperformance in NAV terms over the year ended 30 April 2019.  The NAV […]

Invesco Asia Trust has a strong half year

Invesco Asia Trust has announced its interim results for the six months ended 31 October 2016. During the period, the company provided NAV and share price total returns […]

No tender offer for Invesco Asia

The year to the end of April was a difficult one for Asian funds. Invesco Asia outperformed however, returning -7.1% on net assets against -14.3% for the MSCI […]

In a difficult period for Asian stock markets, Invesco Asia Trust outperformed its benchmark over the six months ended 31 October 2015 returning -11.8% vs. -16.3% for the […]