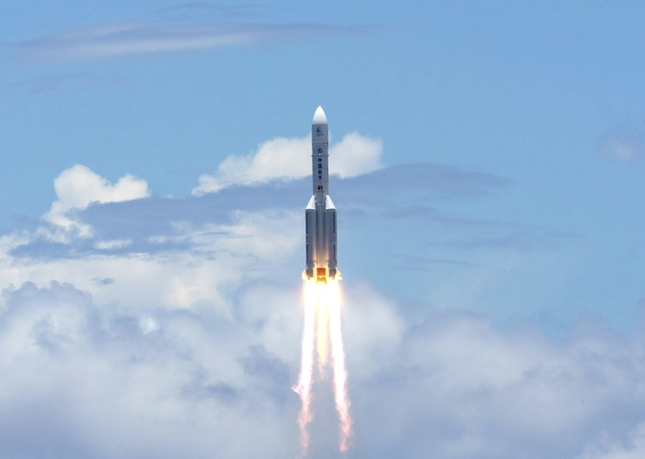 Baillie Gifford China off to a flying start – Baillie Gifford China Growth says that for the year to 31 January 2021 its net asset value per share increased by 38.1% compared to a 22.0% rise in the benchmark index. The share price increased by 67.9% as the shares moved from a discount of 8.4% to a premium of 11.2%. The statement says “We recommend that shareholders and potential shareholders review the level of premium or discount when considering the purchase of shares.”

The period covers both time when it was languishing as Witan Pacific and, from 16 September 2020, when it took off as Baillie Gifford’s new China trust. Actually, while under the old manager, the trust did manage to beat its benchmark by 2.0% over the period. The outperformance was rather more dramatic under the new regime, however.

Revenue return per share decreased by 37.3% from 7.15p to 4.48p. This was due to a number of factors. First, the change in investment mandate has resulted in a focus on capital growth rather than dividend income. In addition, reduced dividends were paid by portfolio companies in common with a general reduction in dividends paid whilst companies adapted to the stressed conditions resulting from the pandemic. Finally, there were costs relating to the change in manager and mandate, though these were largely offset by reduced ongoing costs (primarily from the management fee waived by Baillie Gifford). The previous level of dividend will not be sustainable but in recognition of the  sizeable revenue reserves and the reduced dividends generally available to shareholders, the board has agreed to pay out a dividend of 7.15p per share for this year in line with the dividend paid for the last financial year.

“Portfolio construction flows from the investment beliefs stated above. We believe that the current portfolio represents a selection of the best and most innovative public and private Chinese growth companies. What you will see in the portfolio is a bias towards consumer discretionary, healthcare and technology related businesses. China has the largest middle class in the world and one that’s growing substantially every day. Importantly, the middle class exhibits an appetite to consume and adopt technology that’s arguably greater than anywhere else in the world. This, combined with a corporate base that continues to ramp up investments in research and development, creates a wealth of opportunities for growth investors in both consumer and technology related businesses. However, it’s important to note that bias towards sectors is an output rather than an input: our process is largely bottom up and our portfolio exposure is a function of where we’re finding the best, long-term growth ideas. It’s also important to note the variety of companies and growth drivers within these sector allocations. For example, healthcare is a large overweight position for the Company. Here, the government’s desire to create a globally leading healthcare industry has created a wealth of opportunities in a broad range of businesses from infrastructure related companies like Tigermed, a leader in clinical trials, to Burning Rock, a leader in early stage cancer detection, to Ping An Good Doctor, an online GP provider with an edge in artificial intelligence. Regardless of sector, all of the companies owned within the Company display the competitive and cultural strengths which should enable them to continue growing consistently for many years and deliver excellent returns to shareholders.

Since the portfolio’s reorganisation, we have made a number of new purchases and sales due to a substantial number of attractive opportunities. Of note, we made our first investment in a private company, ByteDance. ByteDance is a social media and short form video company. It was founded in 2012 by Yiming Zhang and has since grown to become the world’s leading short form video app with more than half a billion users. Monetisation of these users has only just begun and ByteDance has a very large growth opportunity in advertising in addition to more nascent areas. The company benefits from a technological edge in AI and machine learning which has allowed it to continually innovate by bringing out new applications in different media forms and for different demographics. This ability to innovate is a key driver of future success. Indeed, we believe ByteDance has the potential to be a generation defining media company and one that will deliver exceptional returns to shareholders.

We’ve also bought new holdings in two companies that are broadly exposed to Generation Z, a cohort with increasing consumption power and radically different tastes to their older compatriots. Pop Mart is a toy company that utilises a collectible, ‘blind box’ model whereby consumers are unable to see in advance which toy they have purchased. This model and the toys themselves have proven very popular with younger consumers. Indeed, the company is rapidly building a brand in the collectable space that may constitute a durable edge. We believe that Chinese consumers will increasingly opt for home-grown IP rather than imported Western IP from the likes of Marvel or Disney.

Yatsen is another company that is broadly exposed to this theme. It is an online cosmetics company founded in 2016. Since then it has achieved phenomenal success with its internally developed brands and, by the end of 2019, the company had begun to compete head to head with the likes of Maybelline and L’Oreal Paris. Unlike most cosmetics companies, one of the company’s largest cost centres is its IT and data analytics staff and it is this data analytics capability, combined with its expertise in online marketing, that constitute the company’s competitive edge.

Other new holdings include Dada Nexus, a leading last mile delivery operator with a nascent Ocado type offering, and Lufax, a leading financial services business and one that is extending credit to under-served segments within China.

In terms of funding, we have sold a number of companies in a variety of industries. These companies had been held in our China Fund for a number of years. Haier Electronics, Yili and Baidu were sold due to concerns surrounding the long-term growth outlook for their core businesses. Whilst all three companies continue to benefit from strong competitive positions and well-aligned management teams, we believe they no longer meet our growth hurdle. China International Travel Services, a leading duty-free operator, was sold due to valuation concerns after a very strong run in the shares driven by positive tax changes in one of its main jurisdictions, coupled with a growing expectation that domestic travel would benefit to the detriment of international travel. CNOOC and Hikvision were both sold after US sanctions effectively diminished both companies’ overseas growth opportunities.

Since the portfolio’s reorganisation in September 2020, the NAV has grown by 24.7% and the benchmark has delivered a return of 12.2%. Notable positive contributors over the period include a number of our healthcare holdings such as Zai Labs, an innovative biotech company with an impressive array of global partners, Wuxi Apptec, a leading contract research organisation, and Kingmed, a diagnostics company. Other positive contributors include CATL, China’s leading electric vehicle battery maker, and Estun, a future leader in robotics and factory automation. Notable detractors over the period include Brilliance China, BMW’s partner within the Chinese auto market, and Berry Genomics, a gene sequencing company. In addition, our relative performance was hurt by the strong performance of two companies that we do not own within the Company, NIO and PDD. Whilst acknowledging that the Company’s performance post reorganisation has been strong, we believe it is unwise to infer anything meaningful from such a short period. Instead, we’d request that shareholders judge our efforts over similar time frames to those we apply to our underlying investments, namely five years or more.”

BGCG : Baillie Gifford China off to a flying start

BMO Real Estate Investments has reported a rent collection rate for the year to 31 March 2021 of 94.7%, while its net asset value (NAV) notched up 1% in the first quarter of 2021. The group, which owns a diverse portfolio heavily weighted to the industrial sector, said collection for the current quarter (to the […]

In QuotedData’s morning briefing 27 April 2021: Civitas (CSH) has completed the purchase of 15 supported care and living facilities in South Wales for £10.9m. The portfolio provides 51 beds and long-term support for individuals with learning disabilities and mental health care needs along with dedicated facilities to develop and enhance independent living skills, such as […]