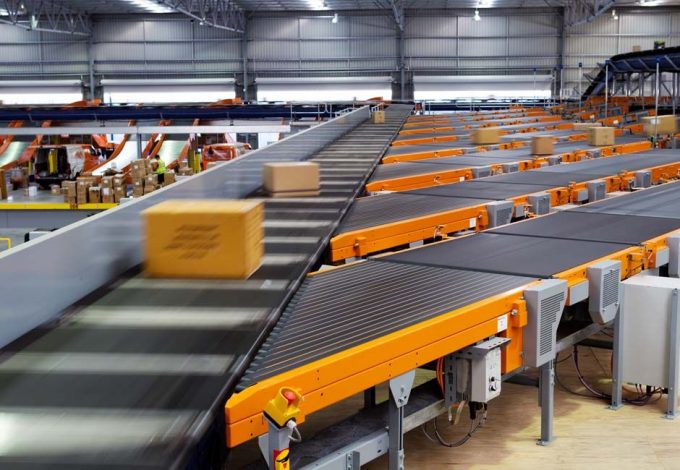 British Land has acquired a warehouse in Enfield for £87m and has announced plans for 1m sq ft of urban logistics development at two of its shopping centre sites.

It is the first foray into the burgeoning logistics sector for the REIT, which has traditionally had a portfolio focused on offices and retail.

It has exchanged contracts on the acquisition of Heritage House, a 200,000 sq ft warehouse in Enfield, for £87m. The asset is currently fully let to Waitrose (for their North London customer fulfilment centre) and Crown Records Management and offers significant redevelopment potential given the opportunity to increase density, the company said.

The group said it expects to submit planning applications on the shopping centre sites, at Meadowhall in Sheffield and Teesside, in the coming months.

It is also evaluating further urban logistics development opportunities inside the M25, where it said rental growth prospects are most compelling.

British Land said leasing volumes in its retail portfolio were ahead of last year although pricing was lower. For the 11 months from 1 April 2020 to 28 February 2021 total lettings and renewals covered 1.4m sq ft (FY20: 1.36m sq ft). On average, deals over one year were 20% below previous passing rent.

The group said it believes there is value opportunity in out of town retail parks, where yields are higher and there is a more stable occupational market.

It has recently completed the acquisition of The A1 Retail Park in Biggleswade, Bedfordshire for £49m on a net initial yield of 8.5%. The park is let to a range of occupiers including M&S, Next and Boots.

The group has also acquired the 22% stake that it doesn’t already own in HUT (Hercules Unit Trust), which comprises 10 prime retail parks, for £150m.

It is exploring further acquisition in the retail park sector, it added.

The announcement came as part of an operational update, in which it said it had collected 82% of rent for full year 2021 – this is broken down into 99% offices and 70% retail.

British Land has pre-let 134,000 sq ft of office space at its 1 Broadgate development in the City of London. It has signed a deal with real estate […]

Portfolio shake-ups seem to be all the rage among listed property companies at the moment. Those with large exposure to retail certainly need to be doing something to stem the flow to valuation falls. The words horse and bolted come to mind. No-one could have foreseen a global pandemic, but the effects of online retailing […]

In QuotedData’s morning briefing 13 July 2021: The Third Point Investors board has responded to AVI’s requisition and says that it will not convene the requested meeting as legal advice it has received says that “the resolution proposed in the Communication would fall under the legal definition of ineffective”. Basically, the argument is that the resolution […]

NewRiver REIT is considering an initial public offering (IPO) of its pubs business Hawthorn as part of a strategic overhaul. The group said one of its strategic priorities was to divest the community pub business “in order to reset our LTV and provide firepower to reshape our portfolio”. This, it said, included a potential IPO […]

In QuotedData’s morning briefing 14 April 2021 – CEIBA (CBA) announced the admission to The International Stock Exchange (TISE), Guernsey, of the €25m, 10%, senior unsecured convertible bond issue due for repayment on 31 March 2026. CBA is the largest listed international company solely dedicated to investing in Cuba, with interests in the country’s commercial and […]