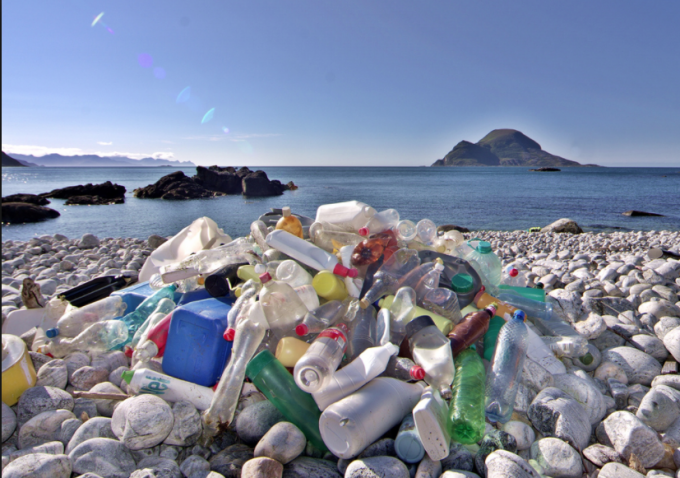 It was a good year for Impax Environmental (IEM) in absolute terms with its annual results period to 31 December 2020 bringing a total NAV return of 31.0% and a total market return of 28.9%. The shares traded at an average premium to NAV of 4.6% over the period. The NAV return was ahead of the MSCI AC World index, IEM’s global equity benchmark (+12.7%), and behind the FTSE ET100 index, IEM’s Environmental Markets benchmark (+90.3%).

In explaining the performance against the FTSE ET100 index, IEM says that around two-thirds can be explained by electric vehicle names that the fund chose not to own, most significantly Tesla. The remaining third was due to the lagging performance of more cyclical and indebted names, which they flagged in the interim report, and which were sold down due to concerns about their ability to weather the pandemic. They note that this category recovered somewhat in the second half.

It is further noted that the “FTSE ET100 is an extremely volatile and cyclical benchmark, which can become dominated by ‘in vogue’ sub-sectors, such as electric vehicles. As managers of IEM, we continue to target a more diversified portfolio, with a balance of cyclical and defensive holdings spread across a range of environmental markets and across regions, and with a considerably lower risk profile than the FTSE ET100.”

In discussing some of the key developments from 2020, IEM’s chairman, John Scott, reflected on China’s pledge to become carbon neutral by 2060 and the election of Joe Biden in the US. John had this to say: “Perhaps the most striking development was the announcement in September by China, the world’s largest CO₂ emitter, that it would become carbon neutral by 2060. This announcement was swiftly followed by commitments from Japan and Korea to become net-zero by 2050, which is in line with the EU’s target. For its part, the EU ended the year with an undertaking to expand its 2030 emissions goal to a 55% reduction against 1990 levels, up from 40% previously. That EU effort is underpinned by an investment of nearly €550 billion of EU funds in climate action over seven years – the largest single financial commitment to tackling climate change made to date. This figure could yet be eclipsed by developments across the Atlantic.

During the US presidential election campaign, Joe Biden made climate change concerns a cornerstone of his platform, spelling out a US$2 trillion climate and clean energy plan in pursuit of a carbon-free power sector by 2035 and a net-zero economy by 2050. With President Biden now in the White House and the Democrats in control of both the Senate and Congress, he has a good chance of enacting his promised programme, so it is to be hoped that a wide array of environmentally friendly actions will be seen in the USA over the coming years. The USA’s acceptance in January of the Paris Accord on climate change is an important early example of this change of tack.

The scope of these plans is remarkable. They are reflected in growing corporate sustainability commitments and increasing consumer concern about climate change and other sustainability issues; some might say that it has been a long time coming in the USA, but it does seem that we are at last witnessing a sea change in attitudes – at least amongst that part of the American populace which is prepared to base its opinions on science, not rhetoric. The gas guzzler has not yet reached the end of its thirsty journey, but the combination of policy, corporate strategy and public concern, supported by the increasing cost-competitiveness of more sustainable technologies and business models, promises strong support for IEM’s investment themes.

We will certainly face more competition in our sector, but at the same time environmentally focussed investing is expanding rapidly and there is room for still more participants. Governmental support for environmental initiatives has never been greater and now looks like being led by the United States, something that was unimaginable just a few months ago.”

Some of the key notes from IEM’s manager report included: “COVID-19 has acted as a powerful catalyst for global policy on carbon emissions reduction, as governments attempt to address climate change risks which, like COVID-19, could derail global economic growth. The Energy & Climate Intelligence Unit calculates that around two-thirds of global GDP (measured in purchasing power parity) is now covered by net-zero commitments. In addition, the International Energy Agency (“IEA”) forecasts that a trajectory to a 2050 net-zero scenario would imply a 17% fall in primary energy demand between 2019 and 2030 in a global economy that is twice as large, and an increase in the renewables share of global electricity supply from 27% in 2019 to 60% in 2030. The growth implications for companies in the Renewable Energy and Energy Efficiency subsectors are material and have been rapidly priced into market expectations.

Renewable Energy represents a core exposure within IEM, accounting for around 12% of NAV at the end of the Period. This environmental sector, which comprises a number of sub-sectors, delivered more than 100% performance during the Period for IEM, like it did for the FTSE ET100; long-term holding Xinyi Solar (Solar Power Generation Equipment, Hong Kong) rose 265% over the Period. The performance of the sector, we believe, factors in a significant proportion of growth prospects. We have therefore been taking profit selectively and continue to look for better value opportunities in less well-covered stocks (see Portfolio Positioning, below).

Energy Efficiency remains the single biggest subsector exposure in IEM, accounting for 25% of NAV at the end of 2020. We maintain a preference for this theme, which offers the lowest-cost route to carbon emissions reductions, without subsidies, and at cheaper valuations in aggregate than in renewables. The outlook is positive for Power Network Efficiency holdings, including smart grid company Itron and back-up power and energy storage firm Generac (both US), both of which will play a role in facilitating integration of higher levels of renewables into the energy mix. We also see attractive growth prospects for heat-pumps, given penetration of only 3% in the EU and 1% in the US and with efforts by governments to phase out fossil fuel-based boilers. We expect this to benefit market leader and long-term holding NIBE (Buildings Energy Efficiency, Sweden).

We believe that the investment hypothesis underlying environmental markets has never been stronger. Despite the profound immediate social and economic disruption caused by COVID-19, the pandemic is likely to prove a longer-term spur to address the range of sustainability challenges that we face. Rather than undermining climate action, it has helped to catalyse a concerted global effort to address climate change and drive towards net-zero economies, which bodes well for long-term growth prospects.

However, we believe global equity markets are materially pricing in successful vaccine rollouts around the world and a rapid economic recovery. This carries downside risk and we could see considerable volatility from any bumps in the road.

The combination of buoyant equity markets and investor enthusiasm for the sustainability theme is increasing valuations within IEM’s investable universe. Nonetheless, we are confident we can manage that challenge through a continuing focus on diversification at the stock, sector and regional levels, and by maintaining valuation discipline.”

The investment objective of IEM is to enable investors to benefit from growth in the markets for cleaner or more efficient delivery of basic services of energy, water and waste investments are made predominantly in quoted companies which provide, utilise, implement or advise upon technology-based systems, products or services in environmental markets, particularly those of alternative energy and energy efficiency, water treatment and pollution control, and waste technology and resource management (which includes sustainable food, agriculture and forestry).

QD View – Go Green? Impax Environmental Markets is doing very well but is it too popular? It has been a short week and a quiet week in […]

In QuotedData’s morning briefing 21 July 2020: BioPharma Credit has received a notice of prepayment for its $150 million senior secured loan with Amicus Therapeutics, Inc. As a result, […]