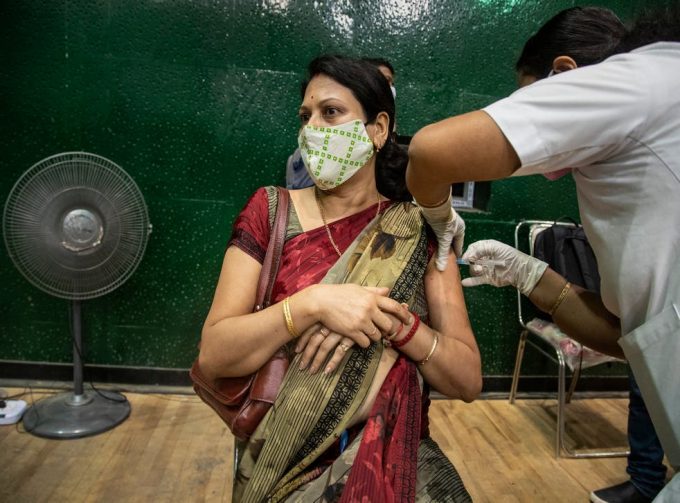 No doubt you have seen the horrific scenes in India as COVID-19 seemingly runs out of control. Our first thoughts must be with the victims and their families, but the managers of funds specialising in the region have also been taking time to update us on what this means for their investments.

This article draws on information provided by Ocean Dial Asset Management India, investment advisers to India Capital Growth, who organised a call on Thursday with Tridib Pathak, the firm’s co-head of equities; Kristy Fong, manager of Aberdeen New India, who published an update on 27 April; JP Morgan Indian, which held a conference call on 22 April; and lastly Ashoka India Equity, which published its March factsheet on 16 April. The dates matter because, as Tridib highlighted, the problems associated with the second wave of COVID-19 infections escalated incredibly rapidly. Measured case numbers tripled in just 17 days. Tridib seemed to me to imply that the sharpness of this spike worsened the problem, the authorities had perhaps become complacent, and factors such as the scarcity of oxygen will become less acute as the supply chain adapts.

There have been widespread claims that the official statistics underestimate the true picture, although the official statistics are bad enough. Tridib says that testing rates are increasing but are still relatively low – 1,768,190 samples were tested on 28 April. In absolute terms, with a population approaching 1.4bn, the case and death numbers are high. However, as a percentage, mortality rates look low, both internationally and by comparison with the first wave. One theory espoused in the first wave was that India’s demographic profile (with proportionately more younger people) was helpful given that the disease seems to disproportionately affect the elderly. I also suspect that there has been underreporting of deaths and deaths are still lagging case numbers.

In the face of the first wave, the government implemented a strict national lockdown. This was relatively short-lived, however. The economic impact was severe, with some of the poorest in the country amongst the worst-affected.

This time, a relatively small number of localised lockdowns and curfews are in place. However, these include the States of Maharashtra (home to Mumbai and one of India’s most populous states), Rajasthan and Karnataka, and the union territory of Delhi.

Strict restrictions were imposed on Maharashtra on April 21 and have been extended to May 15. Tridib said it is likely that the double variant of the virus originated in the State, which was the first to see a surge of new cases. Proposals are being drawn up to implement lockdowns in more of the country. Kristy Fong notes that restrictions affecting the availability of migrant labour could weigh on the economy.

On vaccinations, where the numbers are more reliable, India had administered 148m doses according to Tridib’s data. Around 9% of the population had received a first dose, but perhaps more importantly, a third of over 45s had received their first jab.

But what about the impact on the economy? Well the stock market and the rupee are proving remarkably resilient. On the currency, Tridib points out that India has over half a trillion dollars of foreign exchange reserves and a positive current account balance. The stock market seems prepared, for the moment, to look through the crisis. Foreign investors have been net sellers but net domestic buying exceeds that and the scale of the foreign outflows is well below the levels of last March.

India Capital Growth has been the best-performing Indian fund over the past year, staging a dramatic recovery following the market panic of March last year, with its NAV up 75% over 12 months and its share price having more than doubled.

Ocean Dial has positioned its portfolios to benefit from the ‘new normal’ – profiting from factors such as the increasing digitalisation of the economy, a pre-second wave focus on improving health and hygiene and a more business-friendly India as red tape is slashed along with corporation tax rates. These are trends that can persist, even accelerate in the wake of the second wave.

Next-best performing is Ashoka India Equity. Its March commentary highlighted the FY22 budget which it says was possibly the most pro-reform and pro-growth budget in over a decade. Prashant Khemka, its manager noted the supply constraints on the vaccine, something that has since showed signs of easing a little. He suggests that outlook statements from companies announcing results for FY21 (the 12 months ended 31 March 2021) may have a big influence on sentiment.

The two big-cap focused funds, Aberdeen New India and JPMorgan Indian have been lagging their benchmarks over the past year. Kristy Fong is cautious but thinks Aberdeen New India’s quality-focused portfolio should help it weather the storm. The JPMorgan trust is skewed towards businesses that it thinks can benefit from India’s cost competitiveness and the transformational effects of technology. Its managers believe that the second wave will prove relatively short as the effect of lockdowns kick in and the vaccination programme continues to roll out. Nevertheless, they are expecting a sizeable short-term hit to economic activity.

I think we might see some volatility in India’s stock market over coming weeks, but the longer-term picture looks much brighter. Our thoughts are with those struggling with the effects of the pandemic everywhere.

Regular readers of our research and news may have noticed that, at QuotedData, we are quite positive on India as an investment destination. While acknowledging that, as a […]

JPMorgan Indian under board scrutiny for underperformance

JPMorgan Indian (JII) under board scrutiny for underperformance – JPMorgan Indian has posted its results for the year to 30 September 2021. During the period, the company produced […]