3i Infrastructure ups dividend by 6.5% 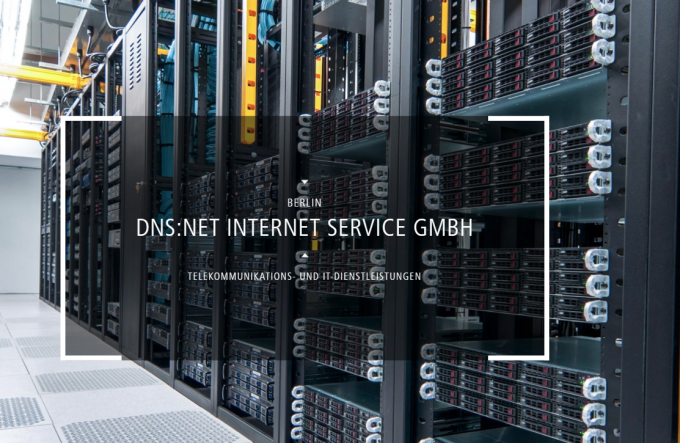 The company highlighted its commitment to acquire a 60% stake in DNS:NET for about €182m, which it expects to complete in June 2021. Read our coverage of the announcement here.

“Infinis performed significantly ahead of expectations, primarily due to outperformance in its captured landfill methane business, but also from its coal mine methane and power response divisions. The company is making good progress in developing its solar generation business with 67MW of projects now in planning and a further 90MW targeted for submission by the end of 2021. In December, Infinis completed a refinancing on favourable terms, extending the maturity of its facilities and adding long-term institutional debt. This improved capital structure will enable it to fund the growth in its solar business and to explore new opportunities such as battery storage.

After a partial recovery of air traffic last summer, the latter half of the year was marked by the imposition of further travel restrictions and quarantine measures as new virus strains emerged and cases rose. Despite this, TCR performed marginally ahead of our expectations during the year with operating costs being managed well. In the medium term, we see attractive growth opportunities arising from the crisis as airlines and airports look for increased efficiency, flexibility and sustainability in how they manage ground support equipment.

Ionisos performed ahead of our expectations for the year and benefitted from cold sterilisation being an essential service to the healthcare and pharma industries. All sites continued operating at normal capacity throughout the year but in February, Ionisos discovered serious shortcomings in the safety of operations in its Italian subsidiary, Steril Milano. Operations were stopped immediately and the regulatory authorities and customers were informed promptly. A criminal complaint has been filed against certain individuals and an investigation is now underway, with the full cooperation of Steril Milano and Ionisos management. Steril Milano, which represented c.3% of Ionisos’s 2020 EBITDA, was acquired by Ionisos in June 2019, shortly before the Company’s acquisition of Ionisos.

Joulz performed in line with expectations for the year. The carve-out from Stedin is now complete and we have strengthened the management team in order to meet growing demand and opportunities. The business is developing into an integrated Energy Transition solutions provider and has made considerable progress during the year, adding electric vehicle charging and rooftop solar capabilities. We completed a successful refinancing in October on better terms than envisaged in our previous valuation and this will support further growth.

Tampnet’s performance during the year was ahead of the prior year but below its pre-Covid budget. Tampnet’s roaming and mobile data business was affected by the oil price collapse as operators reduced their exploration activity and some drilling rigs were decommissioned earlier than expected. Delays in adding contracted customers to the network due to Covid-19 restrictions that made it difficult to staff operations offshore, and a severe hurricane season in the Gulf of Mexico, also impacted revenues. We are now seeing growth resume following the lifting of restrictions and the higher oil price. Tampnet acquired BP’s fibre assets in the Gulf of Mexico, and this represents an important milestone for our investment, securing ownership of a key piece of subsea infrastructure and enabling Tampnet to replicate its North Sea business model in the Gulf of Mexico. The transaction was funded from Tampnet’s internal resources and existing credit facilities.

Attero has performed broadly in line with our pre-Covid budget, demonstrating its resilience. Waste production in the Netherlands and energy prices had largely recovered by the end of the year, although waste imports from the UK were materially below pre-pandemic levels. Attero’s Energy from Waste (‘EfW’) plants were able to continue operating at full capacity during the year by drawing waste from Attero’s buffer stock of untreated waste and by incinerating residual waste from other parts of the business which would otherwise have been processed externally.

Oystercatcher’s terminals outperformed expectations and prior year, on the back of more favourable market conditions for oil storage and lower operating costs. All terminals continue to show good utilisation levels and healthy storage rates. The negative impact of Covid-19 has been limited to lower throughput and ancillary revenues as a result of lower end-user demand as refineries operated below their normal output levels.

During the year, we committed further funding to support ESVAGT’s continued growth in the offshore wind segment, with three new Service Operation Vessels (‘SOV’) due to commence operations in 2021. With expected strong expansion of offshore wind as a renewable energy source, ESVAGT stands well-placed to benefit from continued growth into the medium term. ESVAGT’s Emergency Rescue and Response Vessel (‘ERRV’) fleet, which supports the oil and gas segment, was impacted by the significant weakness in the oil and gas sector during the first half of the year but ended the year ahead of expectations due to the recovery in oil prices, an active cost saving programme and slightly higher utilisation than expected across the fleet. ESVAGT’s ERRV fleet is fully contracted for the summer months.

Valorem had a strong year with revenues from electricity generation exceeding budget, benefitting from favourable wind conditions and good availability. All assets continued to operate as normal during the lockdown period and a number of new projects became operational. Valorem’s development pipeline continues to grow both in France and internationally. In December, Valorem completed the acquisition of a further 34% stake in Force Hydraulique Antillaise taking its total ownership to 85%.

The availability-based Projects portfolio has performed in line with expectations. Finally, we were pleased with the significant progress made towards realising the remaining assets in the India Fund, with the sale of the Fund’s stake in Krishnapatnam Port. This represented almost all of the value in the India Fund.”

Phil White – managing partner and head of infrastructure at 3i Investments

3i Infrastructure holds up traffic

3i Infrastructure (3IN) has agreed to invest c.£191m to acquire a 92% stake in SRL Traffic Systems, the traffic management equipment rental company in the UK. Management has re-invested […]

3i Infrastructure agrees to acquire DNS:NET

3i Infrastructure looks to build on strong results

Over its half-year results period to 30 September 2020, 3i Infrastructure (3IN) generated a total return of 3.8%. 3IN says that the portfolio is performing in line with […]

In an update covering the period from 1 April to 29 September 2020, 3i Infrastructure (3IN) said that “most portfolio companies have met or exceeded the expectations we […]