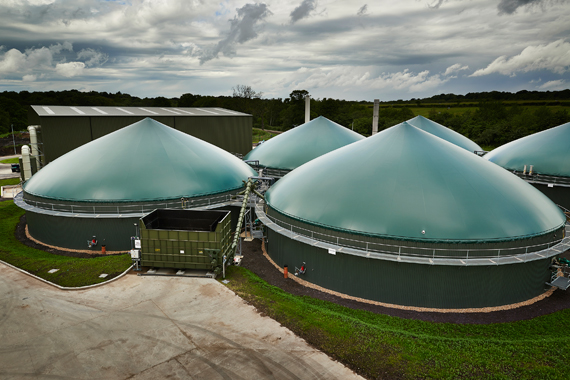 This week, I was given the opportunity to speak at the Anaerobic Digestion and Biogas Association’s (ADBA’s) spring finance forum. We heard from a number of interesting speakers on the challenges that this relatively new industry faces and the innovative solutions that are being implemented to address these. At present, within the listed renewables funds space, exposure to anaerobic digestion, or AD, is still quite limited. However, if ADBA and the wider AD industry is successful in their ambitions, I believe that we will see greater prominence of AD within the listed renewables universe, and I think that this is an area that many investors will want to get a better handle on.

At present, investors interested in getting exposure to AD can look to JLEN Environmental Assets (click here to read our February 2021 annual overview note), GCP Infrastructure (click here to read our January 2021 annual overview note) and, technically, KKV Secured Loan. However, this last fund is now in run off and so the AD plants that it hasn’t already sold are either up for sale or I expect will be shortly. While not the primary cause, the KKV fund’s woes have probably not helped the AD industry’s perception amongst investors. JLEN, in comparison, has made AD one of its central pillars to great success and has made some noticeable efforts to try and educate the market.

For those that are not familiar with it, anaerobic digestion is a natural process whereby micro-organisms, bacteria and archaea break down organic matter into carbon dioxide, methane and water, plus a solid organic residue. The primary aim is to generate the biomethane, although another positive is that the organic residue or digestate can usually be sold as a biofertilizer. Crops are frequently used as the feedstock for the process, but AD plants can also use animal waste and food waste, thereby capturing the emissions that would otherwise be produced by these organic wastes if they were left untreated.

Aided by a range of subsidies and incentives, the industry grew quickly from 2011 so that the number of AD plants roughly quadrupled within three years. It has continued to grow ever since and, at present, there are 685 AD plants (with a total industry capacity of 1,077MW equivalent generating 16.25TWh of energy). Listening to the speakers today, it was clear that this incredible expansion has not been without its growing pains. The rush led to problems with the design and construction of some plants that, in some cases, weighed on their operational performance. Additionally, in combination with inadequate health & safety procedures at some plants, there have been some serious and costly accidents – which is not something that investors want to hear in the context of gas generation.

While there have been challenges on the supply side, on the demand side, I also think there is currently a lack of appreciation by the market of the extent to which we will need biomethane. This issue also needs to be addressed. To clarify, it is now widely understood that the overwhelming majority of heating and transport will have to be powered by renewables, which looks likely to take the form of electricity provided by renewables such as wind and solar, augmented by battery storage and supplemented by nuclear power, which is also carbon friendly. However, while battery improvements will allow most cars and light trucks to become electrified, this is not sufficient for most HGVs and shipping. For these, gas (either as CNG or LNG), and possibly hydrogen look to be the only viable solutions for the time being, yet many investors do not yet appear to understand this need.

Consequently, the discount rates typically applied to AD projects are higher than you might expect for other renewables, such as wind and solar, in part, I believe, due to a broader lack of understanding of the space more generally. This means that equity and debt financing is more expensive than it needs to be.

Listening to the delegates’ discussions, it is quite clear that the industry not only acknowledges its shortcomings, but is actively addressing them. A central pillar of this is ADBA’s AD certification scheme (click here to read more). For the first time, the AD operators that choose to become accredited will be subject to a detailed annual audit that looks in depth at the all-round safety, environmental and operational performance of AD plants. The aim of the scheme is to set best practice for the industry and I believe that operators that are able to show consistent compliance, will see their projects more highly valued and benefit from such advantages as lower insurance premiums.

However, the progress doesn’t end there. Other initiatives include the green gas certification scheme as well as the biomethane certification scheme. In essence, under these schemes, operators that purchase biomethane receive the appropriate credits, irrespective of where the biogas enters and exits the grid. This removes a major hurdle to the distribution that the industry has faced and should enable a faster rollout.

With its strong ESG credentials and an ability to provide stable and reliable (subsidy backed) income, set against a favourable supply demand balance, we think that the space is well positioned to grow, and this will be reflected in the availability of investments in the listed funds space. It may be some time before we see a pure play AD fund, but with these new initiatives this may be a possibility. Either way, AD is here to stay and you can expect to see us writing more on this topic in the future.

JLEN Environmental Assets (JLEN) has announced its interim results for the six months ended 30 September 2021, during which its NAV has risen from 92.2p per share to […]