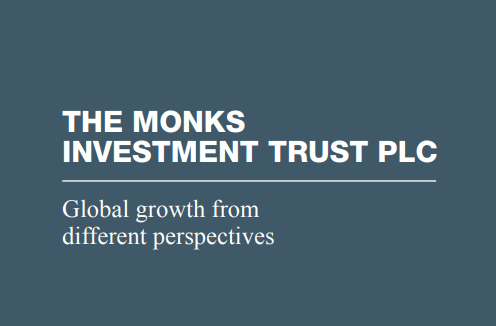 Monks (MNKS) has announced its annual results for the year ended 30 April 2021, during which its chairman, Karl Sternberg, says that strong fundamentals drove impressive increases in revenues across a range of portfolio holdings. During the year, MNKS provided an NAV total return of 55.5%, and a share price total return of 53.1%. Both of these are considerably ahead of the FTSE World Index, which it says returned 33.9%.

Six years have now passed since the change in investment approach was implemented in March 2015, which represents an opportunity to take a view of the long-term strategy of the Company. Since the end of March 2015, the NAV total return has been 184.1%, well ahead of the return of its comparative index (the FTSE World) at 107.6%. Over the same period, the share price total return is even higher at 229.9%.

The last 12 months have been exceptional for stock markets, with May 2020 coinciding with the early stages of a very strong recovery from the bottom of the pandemic sell-off. Of the top ten positive contributors to performance, in sterling terms, two rose four-fold (Tesla and Sea Limited), one rose three-fold (Farfetch) and three more rose two-fold (Meituan Dianping, Trupanion and Zillow Group). The top ten also featured established winners, Alibaba (through SoftBank), Amazon, Shopify and Alphabet.

MNKS’ managers say that the portfolio has prospered from owning these stocks and many others which are beneficiaries of commerce moving online. They think the move from bricks and mortar to digital will take many years so many of these companies are still in the early stages of penetrating vast new markets.

Tesla was the most significant contributor to 12-month performance. Despite factory shutdowns during the pandemic, the company increased production by over 30% to 500,000 vehicles. MNKS’ managers say that it will soon have capacity to manufacture 1.5 million vehicles in California, Berlin and Shanghai and it is building a plant in Texas that will be the main production location for the Tesla Semi (truck) and Cybertruck (pickup). Whilst traditional auto makers are now producing electric vehicles at scale, the managers think that Tesla’s technology lead is very significant and there are interesting options around solar power and autonomous driving where Tesla also has a leading edge.

The consistent theme in the remainder of the top ten positive contributors is the move online. As noted, these are a combination of established ecommerce companies (Amazon, Shopify, Alphabet, Alibaba via SoftBank) as well as companies in niche or emerging areas of virtual consumption. Sea Limited is a gaming, ecommerce and payments company operating in South East Asia. Sea has backing from Tencent which operates similar platforms in China. MNKS’ managers have been invested in Sea for over a decade through Naspers. Luxury goods companies have traditionally been cautious about selling products through online portals but the pandemic may have changed that as many of their traditional distribution routes (airport duty free, travel) have been closed. A beneficiary of this trend has been British-Portuguese portal, Farfetch which the managers say has quickly established itself as the online luxury shopping destination.

The top contributors are rounded off by China’s largest food-delivery and local services company Meituan Dianping, a company that provides medical insurance for pets in Trupanion and another US company which is disrupting the domestic property market – Zillow.

Softbank is a Japanese holding company that was purchased last year when it was trading at around a 50% discount to its net asset value. At the time of the purchase, MNKS sold down some of the stake in Alibaba to buy the SoftBank position reflecting the significant cross holding (Softbank owns a large chunk of Alibaba). The managers say that this trade has worked well as the discount to net asset value for SoftBank has narrowed considerably whilst at the same time Alibaba has suffered from regulatory concerns and the cancellation of the valuable Ant Financial IPO. Monks also holds a small stake in Ant Financial which continues to be private. Towards the end of the year, the managers trimmed the position in SoftBank, having seen the share price almost double in just over 12 months.

The managers say that the portfolio was fortunate to have very little exposure to the front line of the pandemic – travel, oil and gas, traditional retail and property. The top ten detractors from performance are an eclectic group. They include two large Japanese financials, Sumitomo Mitsui Trust and MS&AD Insurance whose potential insurance losses have led us to sell during the period and two companies exposed to commodity prices in Kirby (a US inland barge operator, also sold) and Orica (explosives). There are a number of disruptive Chinese companies – the recently purchased Li Auto (which the managers hope could turn out to be China’s Tesla), Brilliance Automotive (the manufacturer and distributor of BMW cars in China) and Ping An Health and Technology (a telemedicine company). The managers have high hopes for telemedicine; most simple medical problems can be diagnosed quickly and efficiently via an online consultation and Ping An uses a significant level of artificial intelligence to aid the on-screen doctors.

The remaining significant detractors are LendingTree (US online financial services, which suffered a pause in activity during lockdowns), Just Eat Takeaway (which we sold as it was ceding market share) and a newer purchase, Oscar Health. The latter is a disruptive health insurer, which the managers say is using insightful and personal data to better price its customers’ risk. Oscar’s customer base rose by 75% in 2020.

The most significant changes over the longer term have been the reduction in the Cyclical Growth category and increase in Rapid Growth companies. At April 2015, Rapid accounted for around 22% and has now increased to 52%. Cyclical started at 31% six years ago and is now around half that level (16%). In the last 12 months, portfolio turnover remained the same at 16%. In total there were 30 new purchases and 24 complete sales, with the activity being weighted to the first six months of the period (i.e. May-October 2020) when the opportunities of the pandemic sell off were at their most significant.

The managers say that the growth in the weight of Rapid growth companies has been the result of a number of moving parts:

The managers say that, after a crisis, capital gets withdrawn from certain industries, and so they have sought out companies that can improve their market positions and emerge stronger. These include Lyft (ride sharing), Bookings Holdings (the dominant online travel agent), Rio Tinto (mining), and Wizz Air (a low-cost airline mainly operating in Eastern Europe). They have also added to Ryanair which the portfolio has owned for many years and they believe will benefit from a further retrenchment of its competitors.

In terms of sales, Kirby and Orica have been exited and they have also sold MRC Global and DistributionNOW (both suppliers to the energy industry), and Ferro-Alloy Resources (a Vanadium miner). GrubHub and Just Eat Takeaway were sold as the managers settled on Doordash as being the potential winner in food delivery. Sales also include companies whose shares have done well and are now more expensive in the context of their fundamentals such as earnings per share – Chipotle Mexican Grill, and Waters (scientific instruments), for example.

E-commerce and tech-enabled holdings carry the baton for Monks

Monks outperforms again as Douglas McDougall bows out – Monks beat its benchmark over the year to the end of April 2019, returning 12.0% in NAV terms against 11.7% […]

Monks tinkers with management fee – The Board of The Monks Investment Trust has announced a change in the calculation of the company’s management fee, with the introduction of […]

Great year for Monks as seven holdings more than double

Great year for Monks as seven holdings more than double. Over the year to 30 April 2017, Monks’ net asset value total return was 40.0% compared to a […]

The Board of The Monks Investment Trust has announced a change in the calculation of its management fee, with the introduction of a second tier and the calculation to […]