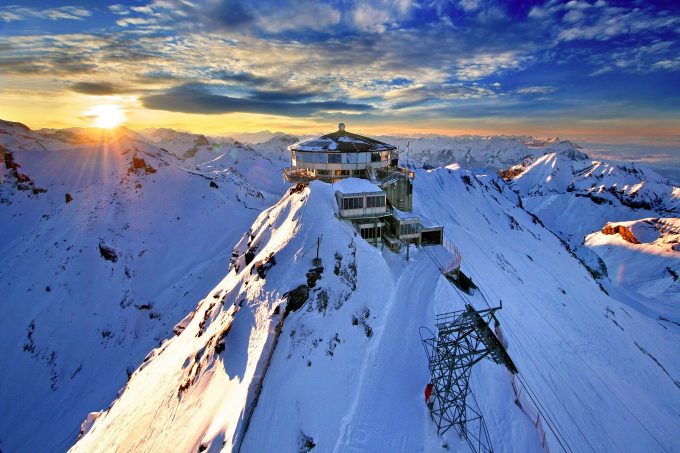 Montanaro European Smaller Companies (MTE) has announced its annual results for the year ended 31 March 2021, which have seen MTE beat its benchmark as markets have recovered following the COIVD related market crash of March 2020. During the year under review, MTE’s NAV rose by 66.1% to 1,589.0p per share, while shareholders also benefitted as the discount of 8% moved to a premium of 1.3%, which, overall, saw MTE’s share price provide a return of 83.0%. In comparison, the MSCI Europe (ex-UK) Small Cap Index (in Sterling terms) rose by 55.6%.

Not surprisingly, earnings declined year-on-year and were 3.1p per share versus 11.9p per share for the year ended 31 March 2020. However, despite this, the board and manager remain confident about the long-term prospects of MTE’s investee companies and, regardless, MTE holds substantial revenue reserves which are available for distribution to smooth short-term income volatility. Reflecting this, an interim dividend of 2p per share was paid on 4 January 2021 and the board recommends the payment of a final dividend of 7.25p per share (payable on 15 September 2021) which would bring the total dividends for the year to 9.25p per share (in line with the prior year),

With a view to increasing the attractiveness of MTE’s shares to potential investors and to increase their liquidity, MTE’s board is proposing a ten for one share split. Based on the closing share price of 1,610 pence per share as at 31 March 2021, each shareholder will receive ten new shares for every one ordinary share previously held and the new shares would be expected to trade at 161 pence per share. The proposed sub-division of the Company’s share capital requires shareholder approval and a resolution proposing the division will be put to shareholders at the AGM.

The year to 31 March 2021 saw some strong performances from MTE’s largest investments.

Fortnox provides cloud-based accounting systems to companies in Sweden. MTE’s manager says that the company delivered yet another year of exceptional growth and margin expansion. In addition, the stock received research coverage from the sell-side for the first time, which may have helped bring it to the attention of the wider investment community.

Avanza, which MTE’s manager describes as the leading online savings and investments platform in Sweden, had an extraordinary year with both new customers and transactions per customer rising significantly. Combined with operating leverage, this caused earnings per share to almost triple in 2020.

MIPS sells a patented insert for helmets which protects against rotational motion. The company persuaded more manufacturers to include MIPS in their helmets last year while existing customers expanded the inclusion of MIPS into a wider range of models. A tougher market in winter sports was more than offset by booming demand for cycle helmet products as more people took up cycling, driving significant growth for the group.

The year was such a strong one for European equities that some of the largest detractors to MTE’s relative performance were from companies whose shares rose, but not by as much as the market. These include:

CTS Eventim (the market leading ticketing company in Europe) endured a torrid year as the lack of concerts meant ticket sales disappeared almost entirely. MTE’s managers say that they do not believe this will be a “new normal” and expect concert attendance to rebound when restrictions on travel and gatherings are removed. Moreover, thanks to its strong balance sheet, the managers expect CTS to emerge in a strong competitive position and potentially to take market share from weaker competitors.

VZ Holding is a Swiss independent financial consultant and wealth manager. The company delivered a characteristically strong fundamental performance during the year, but the shares failed to keep up with the market as a whole despite rising in absolute terms.

Belimo develops and manufactures electrical motorised control devices (actuators) for air and water applications. The company’s revenues and profits declined slightly on an underlying basis as the disruptive effects of the Covid-19 pandemic were combined with currency headwinds. However, MTE’s managers do not consider these issues to be structural in nature.

MTE’s managers try to keep portfolio turnover as low as possible, but typically make a few changes each year as they identify new ideas that they think will provide stronger long-term returns than existing holdings. Companies that become too large, are acquired or where the investment case deteriorates are also replaced with new ideas from their approved list.

In the year to 31 March 2021, the managers exited positions in companies including Industria Macchine Automatiche (IMA), the developer of packaging equipment which received an offer to be taken private at a significant premium to the share price immediately ahead of the announcement. Nemetschek, which develops software for the architecture, engineering and construction industry was sold on valuation grounds in light of the manager’s belief that the company needs additional investment to integrate its variety of different products into a unified suite. Intertrust, the provider of trust and corporate services, was sold following a management change and evidence of an increasingly competitive environment.

New additions to the portfolio included Invisio, which develop high end communication systems and Endor, which makes racing simulation hardware for gaming under its FANATEC brand.

Charles Montanaro – Chairman/Fund Manager Charles graduated with an honours degree in Anthropology from Durham University in 1976. He spent four years in industry before joining Merrill Lynch […]

It has been a tough first half for smaller companies, with the FTSE SmallCap trailing the FTSE 100 by around 13% for the year to date. While small […]

Montanaro European Smaller Companies (MTE) has announced its annual results for the year ended 31 March 2022, during which it provided NAV and share price total returns of […]

Montanaro European Smaller Companies Trust (MTE) has announced its interim results for the six months ended 30 September 2020, during which it has posted a stellar recovery post […]

Monks (MNKS) has announced its annual results for the year ended 30 April 2021, during which its chairman, Karl Sternberg, says that strong fundamentals drove impressive increases in revenues across a range of portfolio holdings. During the year, MNKS provided an NAV total return of 55.5%, and a share price total return of 53.1%. Both […]