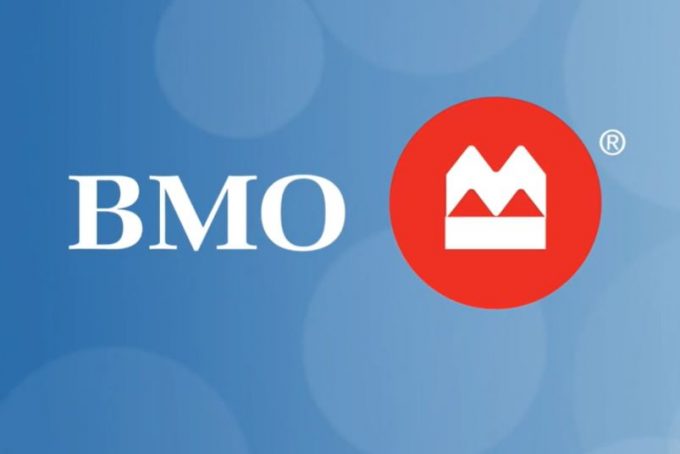 Revenue reserves save BMO Global Smaller Companies’ dividend track record – BMO Global Smaller Companies (BGSC) has announced its full-year results for the year ended 30 April 2021. The trust saw its NAV rise from 119.70p to 174.90p though the return of 47.9% was below its benchmark return of 54.1%. Meanwhile its share price total return was almost in line at 54%. The total dividend for the year is 1.75p, up by 3% on last year, though this was achieved through dipping into the company’s strong revenue reserves of some £15.2m, allowing it to celebrate a 51st year of consecutive dividend growth.

Income from the trust’s dividends fell sharply over the year with revenue return per share down by 27.2%, as many companies suspended or re-based their dividend payments early in 2020 due to ongoing uncertainty, caused by the pandemic. Many are now in a position to recommence dividend payments, which can be seen in BGSC’s portfolio.

Meanwhile, the trust traded at a discount to NAV over the year, starting at 7.3% but narrowing to 3.6% by the end of the year under review (with debt at fair value). BGSC had to undertake share buybacks on a regular basis where opportunities arose, with 28.5m repurchased shares placed into treasury for potential reissuance in the future, if the shares return to a premium to NAV. The board said this was the right policy and serves to protect the rating of the shares in the market. The aim continues to be a discount level below 5% in normal market conditions.

Statement from the chairman:

This is my first report to you as Chairman covering a year that has been a challenge for all of us. I do hope that you and your families are well and looking forward to a greater sense of normality in your daily life. It has certainly been a momentous period in the financial markets too.

At the start of the year under review, global equity markets had begun to recover from their pandemic-driven collapse but the outlook was far from clear. However, massive fiscal and monetary policy stimulus measures drove share prices higher as the year progressed. The successful development of vaccines for COVID-19 led to a further material jump in stock markets in the second half of the year.

Our focus is on smaller companies; those at the lower end of market capitalisation ranges. Over the year, smaller stocks were the best performers in most markets and it is heartening to see that confidence in smaller companies returned so rapidly after such a severe economic shock. The Company’s Benchmark was up by a remarkable 54.1% in total return terms. The Net Asset Value (‘NAV’) total return, taking the value of the Company’s debt at fair value, lagged this figure but was still up by 47.9% and ended the year at 174.9p. The share price closed at 168.6p, a record high, delivering a total return of 54.0%, virtually in-line with the Benchmark.

A number of factors influenced the NAV performance over the year and the Lead Manager’s Review on pages 12 to 22 of the Report and Accounts discusses the background in detail. Certain sectors more geared into the recovery led the markets higher and some of the more speculative and higher risk stocks, that the Manager’s conservative investment process avoids, were among the best performers. While past performance should never be extrapolated into the future, shareholders who have invested in the Company over the long term have done well, as shown below and in the 25 year record on age 91 the Report and Accounts.

While the pandemic and its economic effects were the prime focus during the year, political developments were important too, most critically in the US. The ending of the Trump presidency was a far from smooth process but the initial stock market response to the Democrats assuming control of both legislative houses was positive on the basis that an already highly stimulatory fiscal approach was likely to be augmented.

US small cap equities delivered excellent returns in the year as the local economy bounced back quicker than Europe, the UK and Japan. A less stringent approach to lockdowns in some parts of the country plus the much larger extent of stimulus in the US were contributing factors towards the speedier rebound, as was an efficient rollout of vaccinations.

As regards the UK, a post Brexit trade deal with the EU was finally concluded last December, leading to a revival of interest in the domestic market and lifting sterling against other currencies. There have been a number of takeover approaches for UK listed companies from overseas in recent months, contributing to a better relative performance from the UK smaller company sector, again also helped by the success of the vaccination programme.

European economic performance was mixed, depending in part on the scale and effectiveness of the local fiscal support. The EU responded to the pandemic by loosening its own fiscal rules and eventually agreement was reached to set up a €750bn European recovery fund. While this was a positive move, the extent and pace of stimulus in Europe so far has been more modest in scale than that of the US or indeed the UK. Despite this, European small cap stocks enjoyed a strong year, with growth stocks doing particularly well.

Asian countries felt varying levels of impact from the pandemic, with North Asia, including China, generally managing to control the level of infection much better than others, such as India or Indonesia. China’s economy recovered particularly well, while technology orientated stock markets like Korea and Taiwan also benefited as the pandemic lifted demand for IT equipment. Japanese small caps had a relatively disappointing year in comparison with other markets, though they had performed better in the previous year.

The returns from the Company’s regional portfolios and the local small cap indices are shown below. With so much going on in relation to the pandemic, it was a year when the Company’s regional returns diverged significantly from their benchmarks. Relative performance in North America was impacted by not having enough exposure to some of the stronger recovery areas such as Industrials and some parts of the consumer sectors, while strength in higher risk areas such as biotechnology stocks also hurt. The UK portfolio was also not sufficiently exposed to some of the sectors that drove the rally, but it should be noted that this was the first year in 11 that it has underperformed. Performance of the Rest of World collectives portfolio was disappointing, with the funds held nearly all struggling to keep up with the Asian and Latin American small cap indices. As a reminder, we gain exposure to these markets by outsourcing the portfolios to other managers through collective vehicles. Our European portfolio performed well however, helped by strong returns from a number of purchases made early in 2020, and the fund holdings in Japan also outperformed by a good margin.

Having started the year with no gearing, the Manager changed stance as the economic outlook improved and gradually employed more gearing after the positive news on vaccines. At the end of the year effective gearing was 3.8%. Borrowings are made up of a combination of long-term private placement notes and drawings from the Company’s revolving credit facility. The blended cost of debt at the end of the year of approximately 1.9% is very low by historic standards.

While the battle against COVID-19 is far from won, as can be seen around the world with still tragic consequences, the markets have largely discounted that we are indeed heading back to normal. Corporate earnings are rebounding strongly and the remainder of 2021 looks promising on this front.

Of course, there remains a risk of a resurgence of the pandemic if vaccines prove ineffective against new strains but the near-term market focus has moved on to equity valuations, which have risen dramatically over the last year. At the same time inflationary pressures are stirring across a wide range of commodities as demand patterns have started to normalise. This is causing concern that there may be a need for monetary policy to be tightened, especially in the US given all the current and projected fiscal stimulus. Rising bond market rates could be expected to feed through to a de-rating of the more highly rated growth stocks, something that we have already seen in evidence in recent months.

The Manager will continue to seek to focus investment on stocks with proven and sustainable business models, with strong management teams and balance sheets, where valuations do not look too stretched. This approach, together with diversification across countries and sectors, should continue to deliver good returns over the medium term.

In QuotedData’s morning briefing 20 June 2022: Utilico Emerging Markets (UEM) has posted its final results for the year to 31 March 2022, during which time it delivered […]

This week, Brunner Investment Trust (BUT) reached a landmark 50 years of consecutive dividend increases after it announced a proposed final dividend of 6.05p in its annual results, […]