Out of this world – Seraphim Space Investment Trust issues ITF 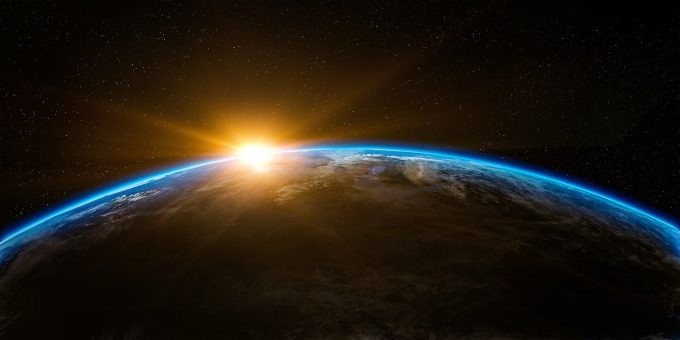 Seraphim Space Investment Trust Plc (SSIT) has issued an ITF (intention to float) announcing its intention to launch an initial public offering for a listing on the premium segment of the main market of the London Stock Exchange. The newly established investment trust, which will invest in a diversified international portfolio of early and growth stage Space Tech businesses, expects to publish a prospectus in the coming weeks. SSIT will be the world’s first listed Space Tech fund. It will be targeting a somewhat meteoric (pun intended) annualised NAV total return of at least 20% over the long term.

Who is the manager?

SSIT’s investment manager is Seraphim Space (Manager) LLP. Seraphim describes itself as the world’s No. 1 Space Tech investor. It says that it has unparalleled early access to companies that will shape a new economic revolution. The Manager has been a leading global investor in the space sector since 2016 and has a proven track record investing in Space Tech with Seraphim Space LP (the “Seraphim Space Fund”), the world’s first venture capital fund to be focussed on new space technologies that is currently demonstrating an IRR of 31 per cent.

The Company will acquire a portfolio of 19 seed assets from the Seraphim Space Fund including, stakes in several unicorns such as:

These assets will be purchased for cash and the existing investors in the Seraphim Space Fund will use that cash to subscribe for ordinary shares in the Company (“Ordinary Shares”) at 100 pence per Ordinary Share.

The announcement lists the following items of key information

The manager says that it believes that Space Tech is highly attractive to investors for the following reasons:

According to the ITF:

“There is nothing short of an industrial revolution underway in the space sector. We see it every day; the exponential growth in the number of satellite launches and in the number of activities capable of being undertaken in space. Many of these activities are going to be crucial to managing our burgeoning population growth and achieving net zero emissions. These are very exciting times for the sector, with the UK further strengthening its position as a global leader in the fast-growing Space Tech market.

Space Tech is forecast to be a multi-decade, trillion-dollar investment market that has not previously been available through listed opportunities. We are excited to offer investors access to a diversified portfolio of some of the sector’s highest growth-potential companies.

Mark and his team of trailblazers at Seraphim have unrivalled expertise and an excellent track record of selecting investments with the potential to become the ‘unicorns’ of tomorrow. They have already broken boundaries by launching the world’s first fund for private investors focused on the emerging ‘New Space’ market. They are now doing the same for public market investors with the launch of the world’s first listed space investment trust.”

“Satellites are already the bedrock of the global economy, powering everything from the location-based smartphone apps like Google Maps and Uber that we all rely upon, through to telecoms and transportation networks, agriculture, finance and even internet itself.

The importance of the space sector to all our futures has never been greater. Satellites have a critical role to play in addressing some of the biggest challenges of our times. The data captured by satellites can help us monitor and mitigate the effects of climate change and drive a more sustainable future. Likewise, it is the connectivity delivered from space that will enable the three billion people still without internet access to get online.

With the paradigm shift in the economics of space meaning it can now cost as little as $100,000 to build and launch a shoe-box sized satellite, the space sector is undergoing rapid growth. As new constellations of thousands of satellites start to come online, a new digital infrastructure
in the sky is being developed, a platform from space to catalyse some of the mega trends that will change our world, in the process creating many billion dollar companies. Our mission is to engage at an early stage with the sector’s most fearless entrepreneurs and support them in their quest to push back the boundaries of what is possible, helping transform our world for the better whilst capitalising on a trillion-dollar investment opportunity.”

The ITF says that Mark Boggett, CEO of Seraphim, will be hosting a webinar for institutional and retail investors in which he will discuss the space sector. The timing of these will be announced in due course.

[QD comment: This fundraise could take the investment trust world to dizzying new heights!!! We have always made the case that the closed end fund structure is the best for the less liquid and more unusual assets in this world. It seems that this now also applies to those that are more out of this world.]