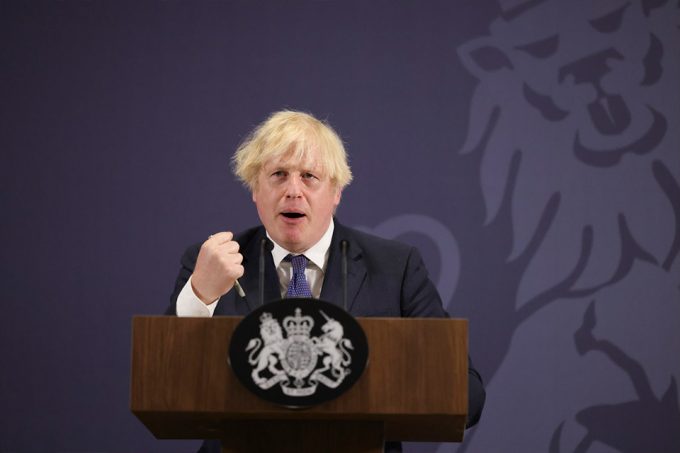 Prime minister Boris Johnson’s ‘levelling up’ agenda aims to give a much-needed shot in the arm for regional locations in the UK. Several property trusts could also be beneficiaries.

The plan involves investing in transport, skills and businesses, mainly in the north of England, to address the north-south economic divide. Although thin on detail (more is expected to be published in September), a £4.8bn fund is to be established that is likely to focus on visible infrastructure projects such as road building and high-street regeneration, with projects to be delivered by 2024.

Investment in good infrastructure can turn the property fortunes of a location around, just look at the impact Crossrail (although not yet fully operational) has had on the office market in fringe locations in London such as Farringdon.

Although this will mostly benefit the poorest locations in the UK, the £4.8bn ‘levelling up’ fund will also likely be targeted at higher multiplier industries (industries that have a positive impact on other industries) which one would think would benefit stronger regional cities such as Birmingham, Manchester and Leeds.

In addition to direct investment, plans are advancing to relocate more governmental departments to the regions. Several have already moved to northern cities over the past few years, while a Newcastle campus is currently being developed for the Home Office, and 750 HM Treasury jobs will move to Darlington. In a similar vein, the Ministry of Housing, Communities & Local Government has been tipped to move to Wolverhampton and the Department for Digital, Culture Media & Sport to Manchester or Leeds.

These moves are hoped to generate a higher number of jobs outside London, thereby boosting local spending and innovation. As testament to this, the BBC’s move to Manchester is said to have brought 4,500 jobs into the local area, only 2,000 of which came from the BBC itself. The Northern Policy Foundation said moving civil servants out of London and into the north could boost the region’s economy by £3bn.

Most of the generalist property trusts have a regional focus, but one stands out to us. Schroder REIT’s portfolio is 71.1% located outside London and the South East – the biggest among its peers. As well as large industrial schemes (which account for 40.2% of its portfolio by value), it has significant holdings in offices (33.4%) the majority of which are in the regions. Among its largest assets is the 610,000 sq ft office-led mixed-use City Tower in the heart of Manchester, which it owns a 25% stake in, where it is currently in the process of refurbishing and letting vacant space.

Meanwhile, Regional REIT will soon be solely focused on offices in regional locations, after it sells its industrial and retail assets (it completed the sale of a portfolio this week). Its portfolio is diverse by region, with the Midlands (19.1%) and the North West (12.1%) featuring prominently.

The office sector is in a state of flux due to the acceleration of working from home trends (which we wrote about last week), but the levelling up agenda is at least a shot in the arm for the long-term outlook of regional offices.

Schroder Real Estate Investment Trust has acquired a portfolio of four industrial assets in the north west of England for £19.85m, reflecting a net initial yield of 6.9%.  […]

We like a contrarian investor and one that will put its money where its mouth is. Well, step forward Regional REIT. The trust this week bought a £236m […]

Regional REIT has acquired a portfolio of 31 multi-let offices for £236m. The group, which recently changed its investment strategy to be purely focused on UK offices, said […]

Chancellor Rishi Sunak has called on businesses to end working from home once the pandemic is over. It is likely to be the first of many calls as […]

Schroder Real Estate Investment Trust (SREI) has announced that it has completed the acquisition of Stanley Green Trading Estate together with an adjoining development site in Cheadle, South […]