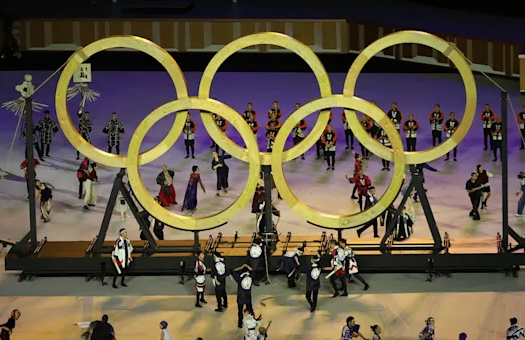 The Tokyo Olympics are underway. The games have been controversial in Japan, largely because of fears that they will accelerate the current wave of COVID-19 cases affecting the country. The opening ceremony played to a near-empty stadium and spectators are barred from events in Tokyo as a state of emergency is in force in the capital.

A large part of the problem has been the slow rollout of vaccines in Japan. The country felt it had to do its own testing on vaccine candidates – repeating the work done elsewhere. This put it a couple of months behind the UK, but the problem was compounded initially by bureaucratic restrictions on who could administer the vaccine. Facing strong criticism and a significant upsurge in cases and deaths, Japan stepped up its game and, by 17 July 2021, it had fully vaccinated 21.4% of its population and administered at least one dose to around 33.5%. Good progress, but not enough to relax restrictions.

Generally, Japanese stocks have been underperforming global indices recently. The manager of AVI Global, which has sizeable exposure to the Japanese market, thinks the vaccination issue has been playing a part in this and is putting off international investors. It says that the stocks that the trust holds have been generating decent earnings growth, on average, and consequently valuations are getting cheaper.

COVID-related restrictions have impacted some businesses but they have also provided a catalyst for considerable change within the Japanese economy. This was great news for investors in JPMorgan Japanese Investment Trust last year. Its manager recognises that while Japan has been slow to adopt new technologies that we take for granted, it can boast many innovative and exciting companies that are seeking to change that situation.

Holdings in stocks such as telehealth company, M3 (which operates the ask Doctors website), MonotaRO (which is an ecommerce site serving the business-to-business market across Asia), and Keyence (which makes sensors that support factory automation) helped propel JPMorgan Japanese towards the top of the performance league tables.

However, earlier this year, investors started to take profits on some of these stocks and focus instead on lower quality companies whose businesses might recover as lockdown restrictions were lifted. This environment did not suit the trust so well, but the manager is confident that, over the long term, his approach will deliver superior returns.

The Japanese market is also known for its corporate governance issues. The government has made real efforts to improve the situation but there is a lot more to do. One of our newest clients, AVI Japan Opportunity, says that there are around 900 reasonably liquid Japanese companies with holdings of cash and/or listed securities that are worth at least 30% of their market cap. It has identified, and holds stocks where more than all of the market cap is accounted for by cash/listed securities. It is working to persuade the management of these businesses to unlock this for the benefit of shareholders. The benefit to its NAV when it succeeds can be material.

Japan is a country undergoing profound change, sometimes reluctantly and more slowly than it perhaps should, but it is making progress nonetheless. The opportunities to profit from this are many.

Have you read our note on AVI Japan Opportunity?

In QuotedData’s morning briefing 16 September 2021: GCP Asset Backed Income says that on 15 September 2021 certain entities within what it terms “the Co-living Group” were placed […]

In QuotedData’s morning briefing 13 July 2021: The Third Point Investors board has responded to AVI’s requisition and says that it will not convene the requested meeting as legal […]