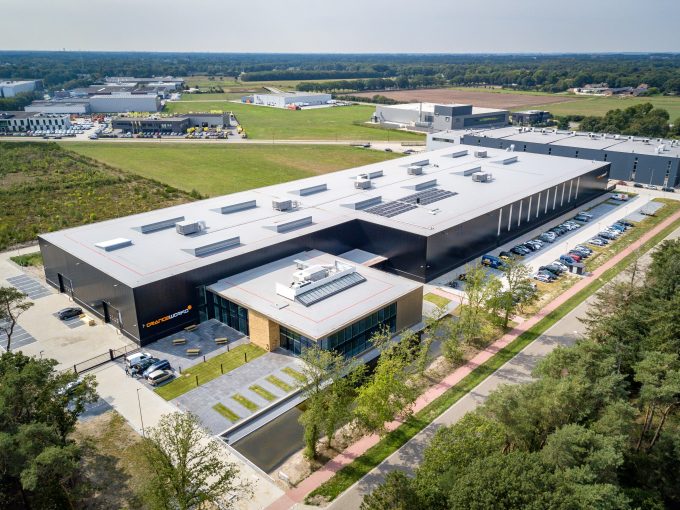 Aberdeen Standard European Logistics Income (ASLI) has reported an uplift in net asset value (NAV) in the quarter to 30 June 2021.

The uplift in NAV was down to a 1.9% increase in the value of its portfolio in the quarter to €473.9m. This was despite a fall in the value of its Meung-sur-Loire asset in France, which has seen the tenant (Office Depot France) go into administration and the buyer of the company expected to vacate the property.

The administrator has continued to pay rent, with both the second quarter and third quarter 2021 rent (due in advance) paid in full. In total, one month’s rent plus a small element of deferred rent, amounting in aggregate to €258,000, remains outstanding and is not expected to be collected.

During the quarter, ASLI acquired an urban logistics assets near Barcelona for €18.8m, bringing its portfolio up to 16 assets in five countries with a gross value of more than €500m.

The group said it would look to make further acquisitions this year, and expects to shortly sign a revised revolving credit facility (RCF) agreement with Investec Bank, increasing the current facility’s capacity from €40m to €70m. It plans to use the RCF to purchase assets before raising equity (through a tap issue or small issue) to pay down the RCF and keep its loan to value (LTV) at or below its long-term target of 35% (LTV was 32% following the Barcelona acquisition).

Regarding the Meung-sur-Loire asset, the company said it was confident of securing a new tenant for the warehouse, which it said was ideally located for national distribution just south of Orleans and close to main motorways towards Bordeaux/ Northern Spain and towards Marseille/ Lyon/ Toulouse.

The group said it was focused on the sustainability of the portfolio, which is reflected in its four out of five stars GRESB rating. The company will shortly be piloting the use of smart meters to collect tenant utility usage data, initially at its Avignon and Waddinxveen properties, with a view to identifying new initiatives to further enhance the sustainability rating of the assets.

It has also agreed 20-year rooftop-solar leases at its Ede and Den Hoorn assets in the Netherlands. The Ede lease commenced on 1 June 2021 and the Den Hoorn lease will commence on 1 September 2021. The leases will further enhance the portfolio’s sustainability credentials and have provided a capital uplift of around €1m.

Nine out of 16 assets in the portfolio now have solar panels on the roof and the group is exploring the possibility of adding to or enhancing rooftop solar panels to selected assets.

abrdn European Logistics Income (ASLI) has acquired two logistics warehouses – in Dijon, France, and Horst, the Netherlands – for a total of €21.4m. Constructed in 2004 and […]

abrdn European Logistics Income has reported NAV total return in 2021 of 12.4%, as the European logistics sector continues to benefit from a supply-demand imbalance. The group’s NAV […]

Property has traditionally been a good inflation hedge, with rental uplifts usually coming in line with inflation. With inflation forecast to hit around 8% next month (and who […]

Abrdn European Logistics Income (ASLI) has launched a placing under its share issuance programme to fund its near-term €142m pipeline of investments. The group, which has recently deployed […]

Chrysalis backs Tactus Holdings – Chrysalis Investments is making a £40m investment in Tactus Holdings Limited. Tactus is a consumer technology business specialising in gaming, education and entry level computing. It is committed to making technology more accessible to consumers all over the world. Tactus will use the money to accelerate its international buy-and build-strategy, with […]